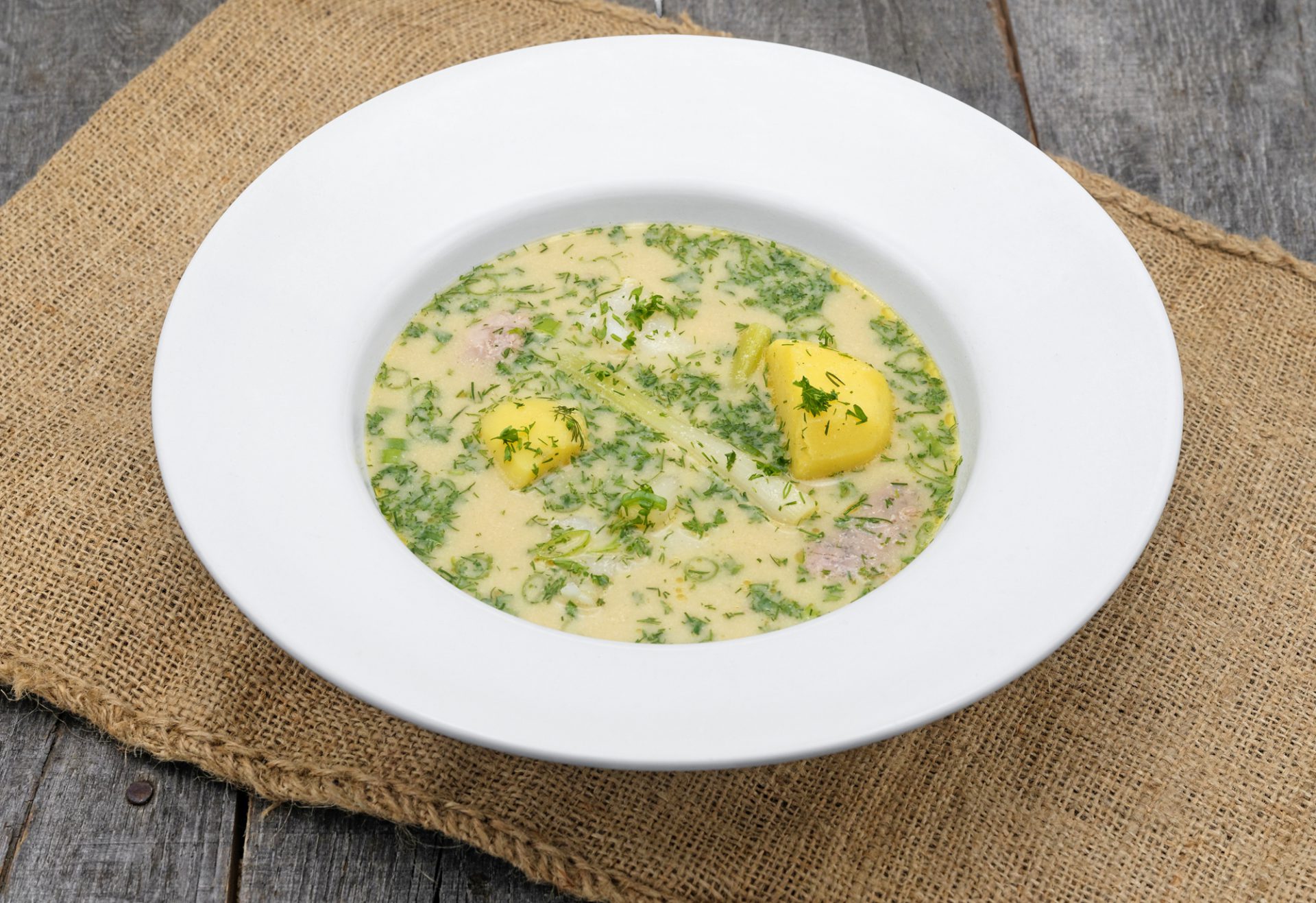 If you’re an assiduous reader of this blog, you might remember my first recipe for ukha, the traditional Russian fish soup: a yellow perch ukha with perch fritters and perch roe croutons. Freshwater fish soup is a fisherman’s classic, often prepared on the spot with the day’s catch over an open fire, and inseparable from the smell of woodsmoke. Since most Russians live inland (often very far from the sea), it makes sense that lakes and rivers would provide so much of the fish that locals eat. Yet, as we saw in my recent post on the Russian Far North, the Pomors, on the shores of the White Sea, are avid cod eaters. So it follows that Pomor ukha, made with seawater fish, is one of the most famous dishes in Northern Russian cuisine.

In fact, leafing through L.A. Cheryomukhina’s Severnaya Kukhnya (Northern Cuisine), one finds many recipes for northern ukha. Like everywhere else in Russia, these soups generally start with a fish broth, made either with whole small fish or the bones, fins, and heads of large fish, boiled with onion and parsley for about an hour, then strained. The “Arkhangelsk” ukha calls for a fish broth made of cod fins and bones, then chunks of cod, onion, finely chopped cod liver, scallions, dill, black pepper, and bay leaf. The so-called “Pomor” ukha consists of just boiling water into which are added sliced potatoes, peppercorns, chopped onion, and cod chunks, finished with hot milk, diced butter, and chopped herbs. These names aren’t mutually exclusive, though – you could be a Pomor and live in Arkhangelsk. Several variations simply mix and match from the above two recipes. Others throw their own curveballs: freshwater fish from the waters of Northern Russia, fish pelmeni instead of chunks of fish, breadcrumbs, lemon juice… One particularly interesting recipe from the Onezhsky District uses marinated saffron milk caps and dried small fish, and suggests serving the soup with a piece of coulibiac or other rybnik (fish pie). But what makes a northern fish soup specifically “Pomor” is the use of seawater fish, cod in particular.

You’ll find many of the aforementioned elements in my ukha: the cod fillet and cod liver, the potatoes and scallions, lots of herbs (Russians love their herbs), the milk, even a bit of the smokiness. Then there are my own touches:

HI, I’m looking for fresh cod and salted cod recipes from Russia and other former Soviet Union republics. Happy to see your soup that uses cod. Do you know of any other favorites in these areas?

Hi Elisabeth, the Northern Cuisine cookbook that I mention in my post contains over 30 cod recipes (in Russian). Elena Molokhovets’s famous A Gift to Young Housewives (available in English) contains 3 cod recipes, including one for salt cod. Any good Russian cookbook is bound to have several cod recipes (Anya von Bremzen’s Please to the Table has five, for example). Feel free to email me directly to continue this discussion!