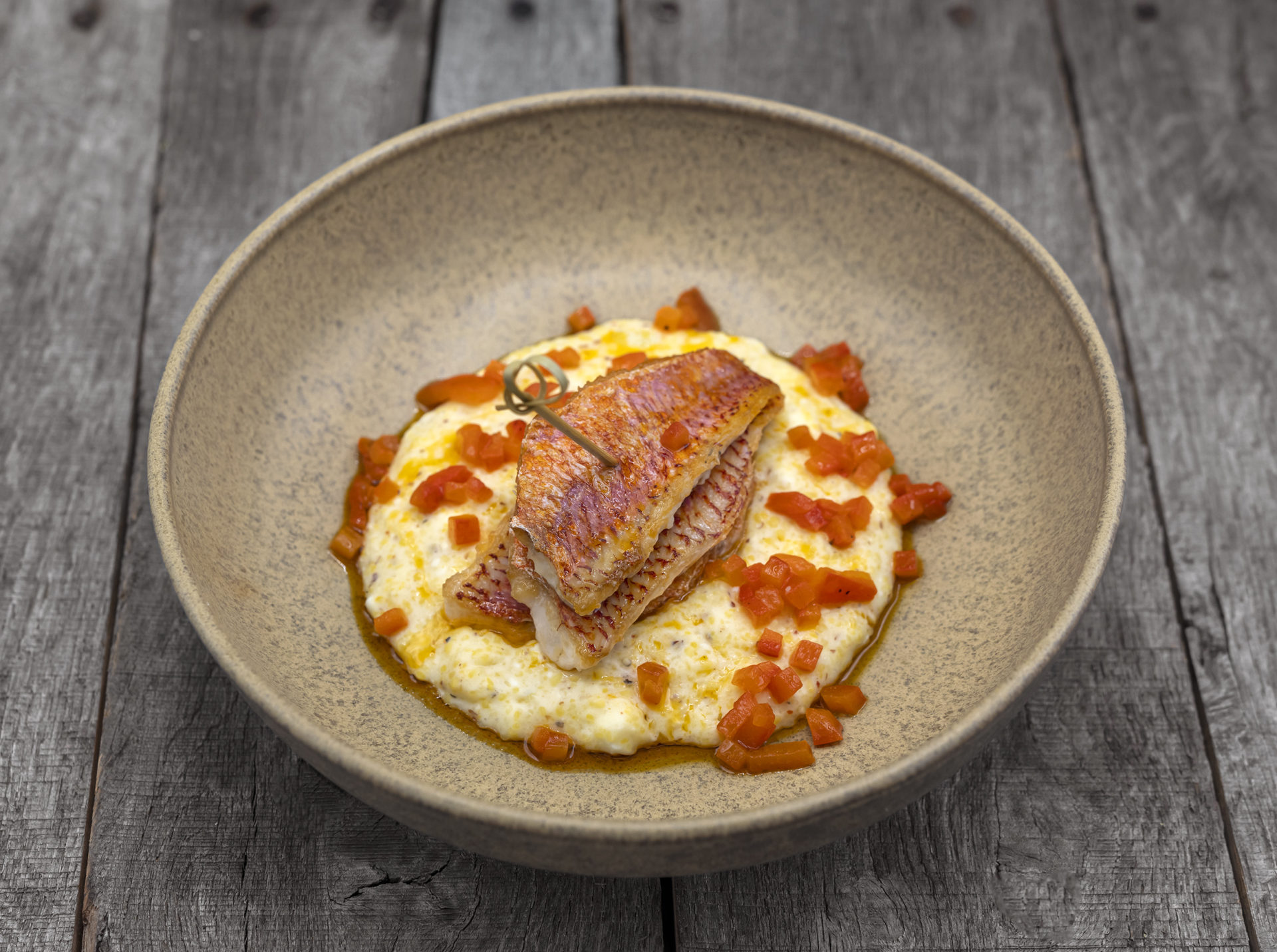 As The Goulash Archipelago is now being proofread by the publisher, I thought it would be a good time to post another recipe from the book. So here’s an excerpt from the chapter on Ukraine, along with my hope that there will still be a country of that name by the time the book launches. This is a dish that combines foods specific to two different regions: on one side, the Black Sea red mullet, often served fried in Crimean restaurants; on the other, banosh, a kind of polenta cooked in sour cream and brynza, specialty of the Hutsuls, a fierce mountain population living mainly in the Ukrainian Carpathians.

Hutsuls most certainly don’t eat red mullet very often. Banosh, however, has become a staple of traditional Ukrainian cuisine and is now consumed throughout the country, served with fried bacon bits, pork cracklings, crumbled cheese, or mushrooms. The ingredient pairing here works beautifully. First off, everyone needs more red mullet in their lives (in the U.S., you can order it from Citarella). The fillets may be small, but they pack an inimitable taste that makes it possible to pair them with more flavorful garnishes than your typical seafood. In France, red mullet fillets are often served with Mediterranean vegetables, such as tomato and olives, and can hold their own against red peppers and corn, both of which I associate with Ukraine and neighboring Moldova (Ukraine is one of the largest corn producers in the world). Finally, the red paprika oil and the colorful fish skin contrast with the pale yellow banosh to produce a visually striking presentation – without any green vegetables or herbs, for once!

6 red mullets, about 125 g each, scaled and gutted

Great recipe and really a nice one. Will surely try this