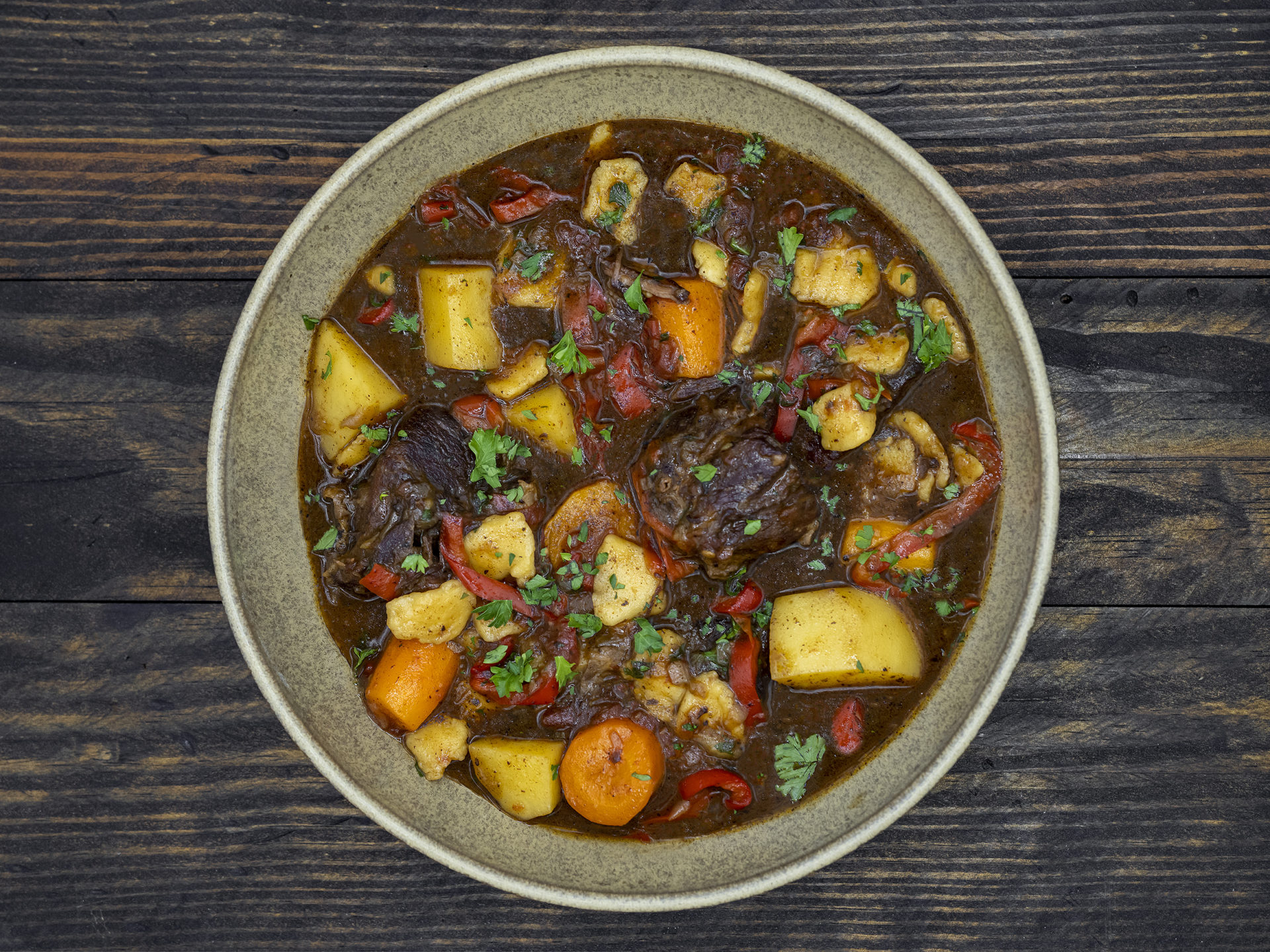 Good news, loyal readers! Now that I’ve submitted the manuscript of my upcoming cookbook, The Goulash Archipelago, I will have more time to spend here at Food Perestroika! To celebrate this milestone, and to stay connected with the Hungarian theme of my last three posts, here’s a goulash recipe that will appear in the book. As a victim of the dubious pun that serves as the book’s title, I had to find a way to include a recipe for goulash – typically a Hungarian dish – in a collection of recipes from the former Soviet Union. No problemo! In its majestic grandeur, the USSR did indeed have a common border with Hungary, in Transcarpathia. Separated from the rest of the country by the Carpathian Mountains, this region of Ukraine belonged for centuries to the Kingdom of Hungary and then to the Austro-Hungarian Empire. Tossed between Hungary and Czechoslovakia in the first half of the 20th century, it was finally annexed by the USSR in 1945. So it comes as no surprise that people in Transcarpathia eat goulash and other Hungarian dishes – I even have a Transcarpathian cookbook to prove it (Transcarpathian Cuisine, by one Y.V. Dmityerko).

What, then, is the difference between a Hungarian goulash and its Transcarpathian cousin? It’s rather tenuous… At most, some Transcarpathian recipes seem to admit a few additional ingredients (carrots, herbs) that would shock Hungarian purists. Goulash can be prepared as a soup or as a stew, and here I’m choosing the latter, served with cute little pasta called chipetki (or csipetke in Hungarian; which means “pinch”). Back in 2013, I published a recipe for goulash sauce, exclaiming “Delicious applications will follow soon!” Eight years later, the time has finally come. The goulash base below is pretty much the same as in that old post, but the rest differs since I’m taking inspiration from a Transcarpathian dish.