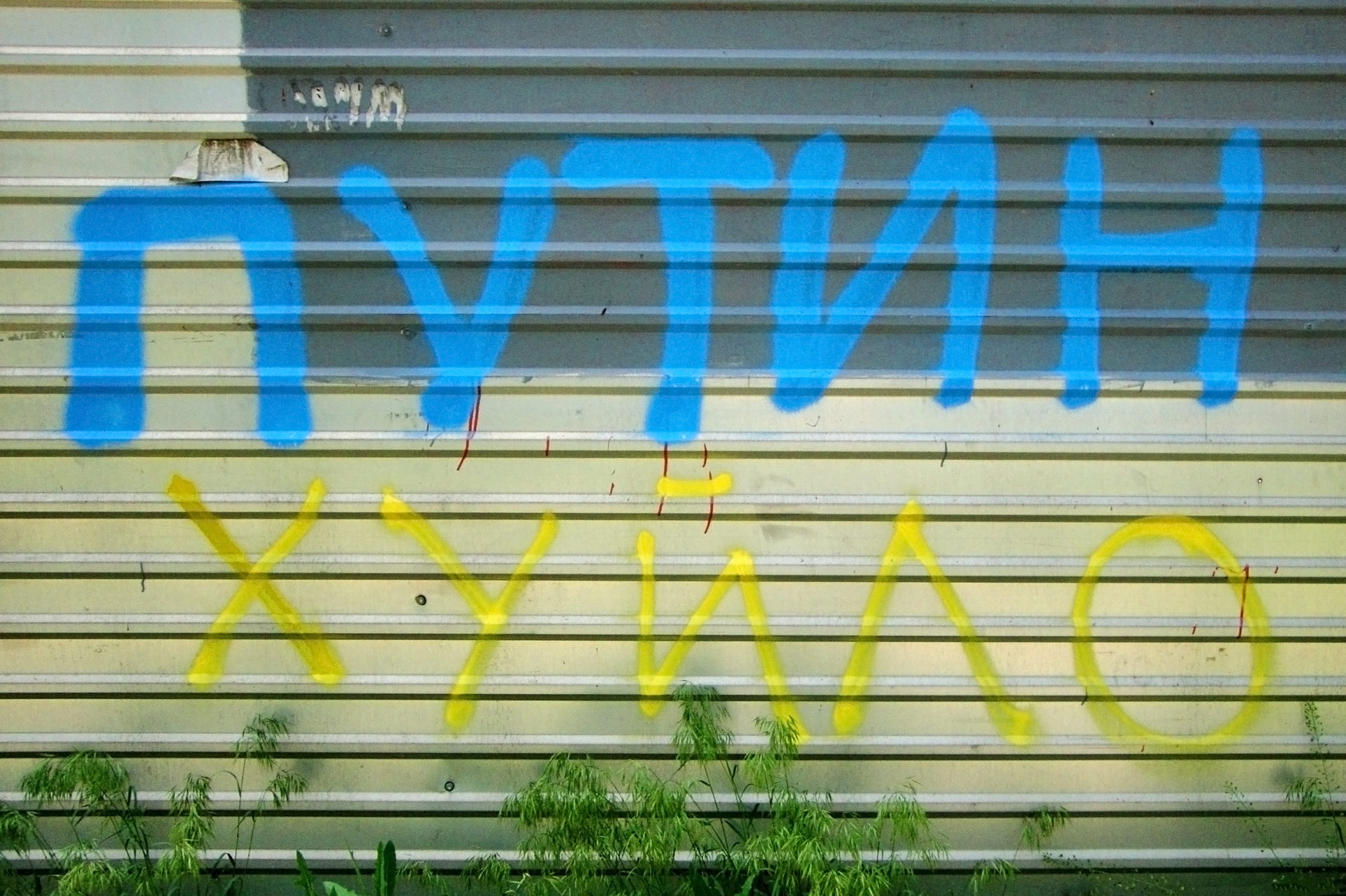 Like many of you, I’ve spent the past couple of weeks watching Russia’s invasion of Ukraine in shock and disbelief. This being a food blog, I don’t normally make too many political comments, save for the occasional sarcastic observation. Yet Putin is often represented on these pages: for his ridiculous demonstrations of masculinity, his corrupt empire, his hypocritical constructed image as a non-drinking man despite the web providing an endless supply of photos of him holding champagne and vodka glasses (not to mention the winery he owns); often to talk about the food he eats, and the food that people create to praise or mock him… I myself named a dish after the man, the Vladimir Poutine. So I’ve been pondering how to show my support for Ukraine while sticking to Food Perestroika’s usual tone – food-focused, frequently irreverent, and with at least a sprinkle of bad taste. After careful consideration, I am proud to announce a new dish fit for the circumstances: the Poutine Khuylo!

A motto that started as a soccer chant by Kharkiv and Donetsk supporters before being popularized during Russia’s invasion of Crimea in 2014, “Putin – khuylo!” roughly translates as “Putin is a dickhead.” What do you serve to a dickhead? A plate of cock testicles, of course! Piggybacking on my previous poutine recipe, you just need to replace the bear meat with the avian genitalia. But considering all the money Putin has siphoned out from the state’s coffers over more than two decades, he can certainly afford a touch of luxury, or even a ton of it. Well past the threshold of vulgarity, as his palace shows. So let’s add some black truffle to satisfy his taste for all things Italian.

How do you cook testicles? Americans, when eating them at all, enjoy them breaded and fried (the famous Rocky Mountain oysters are bull testicles). In Europe, they’re usually stewed – see for example this recipe for a Hungarian rooster testicle stew, or my own lamb testicle chashushuli. Rooster testicles (which can be purchased here) boast a mild offal flavor and a texture similar to that of French boudin sausages. I’m preparing them in a stew with scallions, parsnip, and mustard; this pairs well with the black truffle. Buy some real fresh winter truffle if possible; while the amount I’m using produces a balanced dish, if you own a golden toilet brush and a golden toilet paper holder feel free to use five to ten times as much! Finally, in the interest of time, instead of making your own cheese curds, you can buy some from a cheesemaker or cheese shop (such as this one).