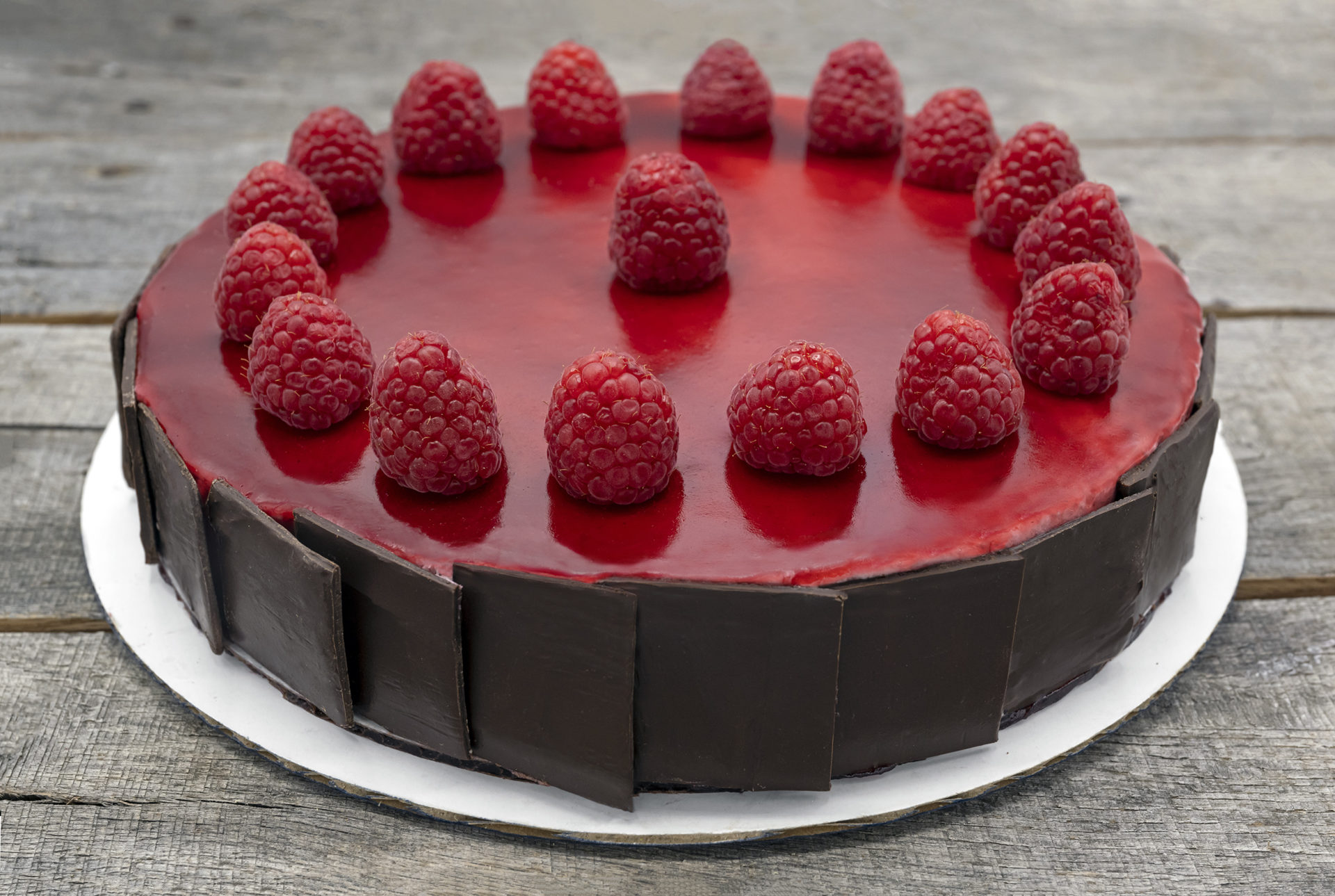 Okay, I have to admit this didn’t start as a Russian dessert. Back before COVID-19, Maison Kayser was one of New York’s best French pastry shops. Little by little, it had grown to a whopping 16 locations, which was probably more quality French bakeries than the entire city had ever counted. At last, one didn’t have to spend an hour in transportation to find a place selling cakes that weren’t just ugly stacks of boring sponge and buttercream layers (or worse, cupcakes, aka the cakes baked by people who can’t bake). It was there that my daughter, The Notoriously Picky Eater, fell in love with the gâteau cardinal: a raspberry mousse cake with a crème brûlée center, mounted on a thin sponge layer, finished with a raspberry glaze. The cardinal was available as a small dome-shaped cake, or as a large round cake, decorated with chocolate squares.

A few months into the pandemic, after several weeks of speculation and rumors, it was announced that Maison Kayser was closing all of its NYC branches for good. Following a failed national expansion push, the spring 2020 lockdown had been the last straw. The Notoriously Picky Eater was devastated, and I was back to taking long journeys to the few other French pastry shops in town to find a decent cake when I needed one. But there’s another problem: though gâteau cardinal in French loosely designates a chocolate sponge with a chocolate and raspberry mousse (the colors of the two ingredients explaining the name), Kayser’s version was quite different, which means that it can’t be bought anywhere else!

So here I am, reverse-engineering the recipe from memory and spending my weekends lovingly recreating the beloved gâteau. As I’m not a pastry chef, desserts always take me longer to perfect than savory dishes. The first batch of sponge cake turned a sickly blue because I wanted to have raspberry purée in the batter and that’s what happens when you mix raspberries with baking soda. Then there was the challenge of creating a crème brûlée that couldn’t be baked in the oven as called for by the traditional recipe, since it had to be inserted in the middle of a cake. Then more ring molds had to be acquired, to tweak the dimensions of the various elements in the cake. Finally, there was that pesky raspberry glaze that would never solidify enough.

But one by one, I found solutions to all these issues, and The Notoriously Picky Eater recently blew out birthday candles atop a beautiful and delicious homemade gâteau cardinal à la Eric Kayser. Now, wouldn’t it be nice if I could capitalize on all this hard work and also post the recipe on my blog?

After all, Russia is fond of all kinds of berries, including raspberries. Russians like cakes too. Vanilla custard and chocolate have become universal. Perhaps I could substitute vanilla with something a little bit more Russian, say… tea? I can already hear some of you argue that the UK and China also produce raspberries and drink a lot of tea (China even grows way more tea than Russia), so let’s just call my cake Russian-ish and give it a nice Russian name to deflect suspicion: the Patriarch. In the Orthodox religion, patriarchs are somewhere between the Pope and the cardinals: there’s one patriarch for the Russian Orthodox Church and one for each of the other Orthodox churches. Plus the name will remind Bulgakov fans of the Patriarch Pond in Moscow.

There are many kinds of tea, but looking up good pairings in L’Essentiel de Chartier, I see that raspberry is supposed to go particularly well with osmanthus, a fragrant yellow flower that is often consumed mixed with green tea. Osmanthus smells peachy (thanks to its gamma-Decalactone content) and floral (thanks to cis-jasmone and linalool). Lo and behold, the result isn’t just Russian-ish (emphasis on the -ish, as I’ve never drunk or seen osmanthus tea in Russia), it may even make the cake better than Kayser’s! I bought my osmanthus green tea here. Speaking of shopping, you might want to get an adjustable cake mold like this one – in the long run, it can be more convenient than accumulating a bunch of rings of different sizes.

about 20 chocolate squares
about 17 (about 100 g) large raspberries