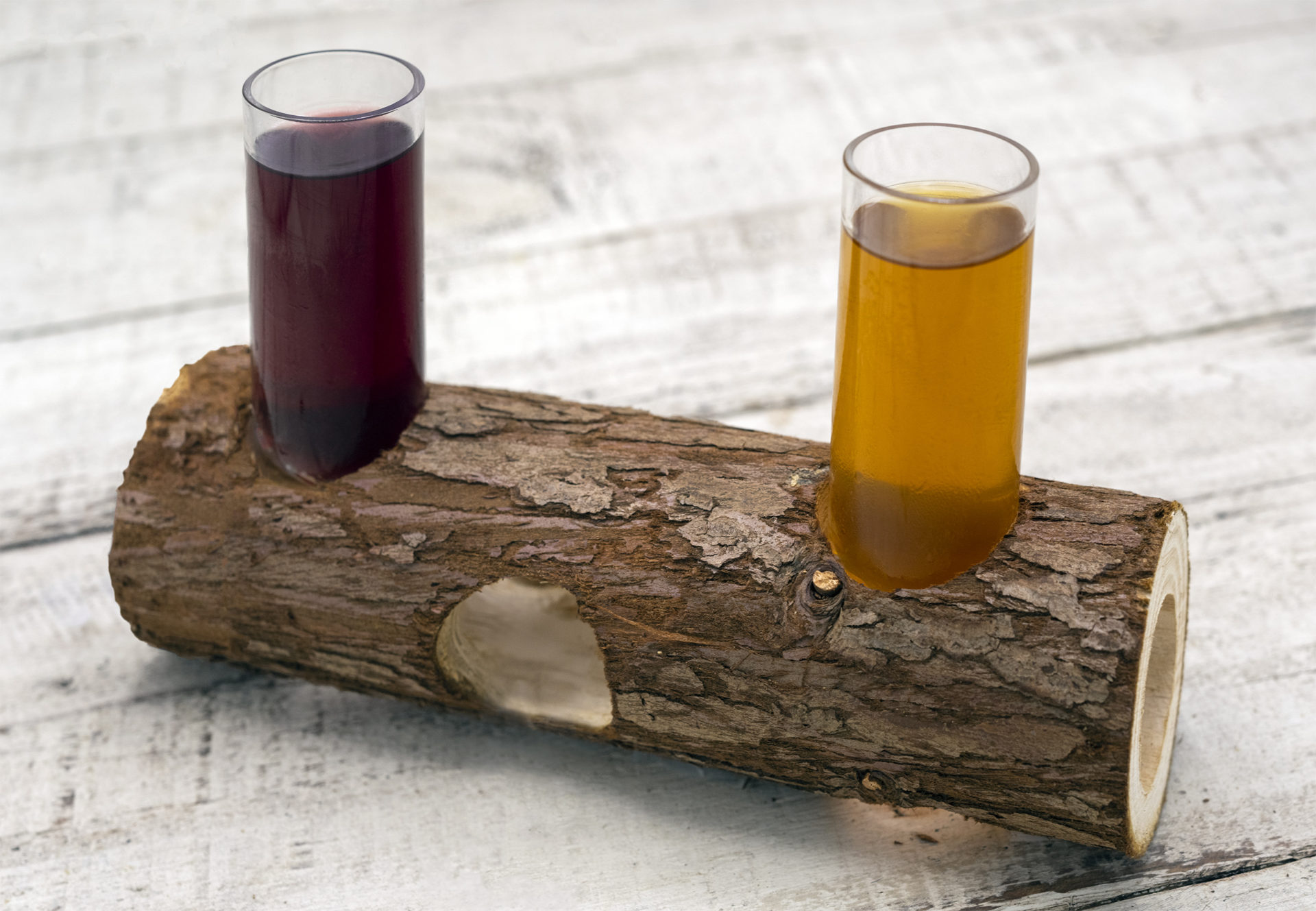 It’s not because our vacation plans are still restricted by the never-ending pandemic that we can’t travel… in our minds! Today, I’m taking you to Siberia, the land of wild game, wild mushrooms, and wild berries. As a follow up to my review of Expeditsia restaurant in Moscow, I’ve decided to create my own infused vodkas, using a couple of ingredients that are characteristic of the region: chaga mushroom and deer velvet antler.

The chaga is a parasitic mushroom found on birch and other trees, a black mass that grows on the trunks and will cause internal decay for decades until the tree dies. But this ugly fungus also has some alleged medicinal properties. Some of its components are seemingly effective against cholesterol and a variety of tumors, and lo and behold, these are all water-insoluble – alcohol lovers, rejoice! Chaga is commonly found in North America and Russia, but its consumption is more frequent in the latter, where people have an enduring interest in natural medicine. It’s also one of the ingredients in Karelian balsam.

Deer velvet antlers are murkier in terms of alleged health benefits. Available as a powder or an extract made from male deer antlers collected during the stage when the antlers are covered in soft fuzz, they’re supposed to boost strength and endurance, a statement that can be interpreted every which way: athletes use it to heal cartilage and tendon injuries, the Chinese use it for bone growth and health, Russians use it to cure asthenia and impotence. Velvet antlers do contain a growth hormone called Insulin-like growth factor 1, which plays an important role in childhood growth and has anabolic effects in adults. Russia is one of the largest manufacturers (behind New Zealand and China) and it produces an alcohol extract marketed under the Russian drug trade name Pantocrin (pant means antler in Russian).

While chaga has a slightly woody aroma, velvet antler extract has a pronounced and quite unique flavor that reminds me of dirty building hallways and something vaguely animal – which makes me think that, for better or worse, the antler-infused vodka I had at Expeditsia contained very little of the precious extract. Even after dilution in plenty of unflavored vodka, this isn’t a pleasant mix. Hence the idea to add honey (not so original; many infused vodkas contain honey) and beef jerky (more unusual and more readily available than smoked venison). The sweetness and smokiness do a good job of making the funkiness of the other ingredients more acceptable, without masking them. The result is a distinctive yet quite enjoyable vodka that I’ll gladly down in the name of good health. I’m calling it “Siberian Expedition” so as to be extra evocative! If the mixture still proves too much of an acquired taste for you, try my second recipe, wherein I infuse the first recipe with crushed blueberries (a good source of antioxidants) for extra mellowness. Worst case, just sell the stuff to your sporty/infirm/impotent friends!