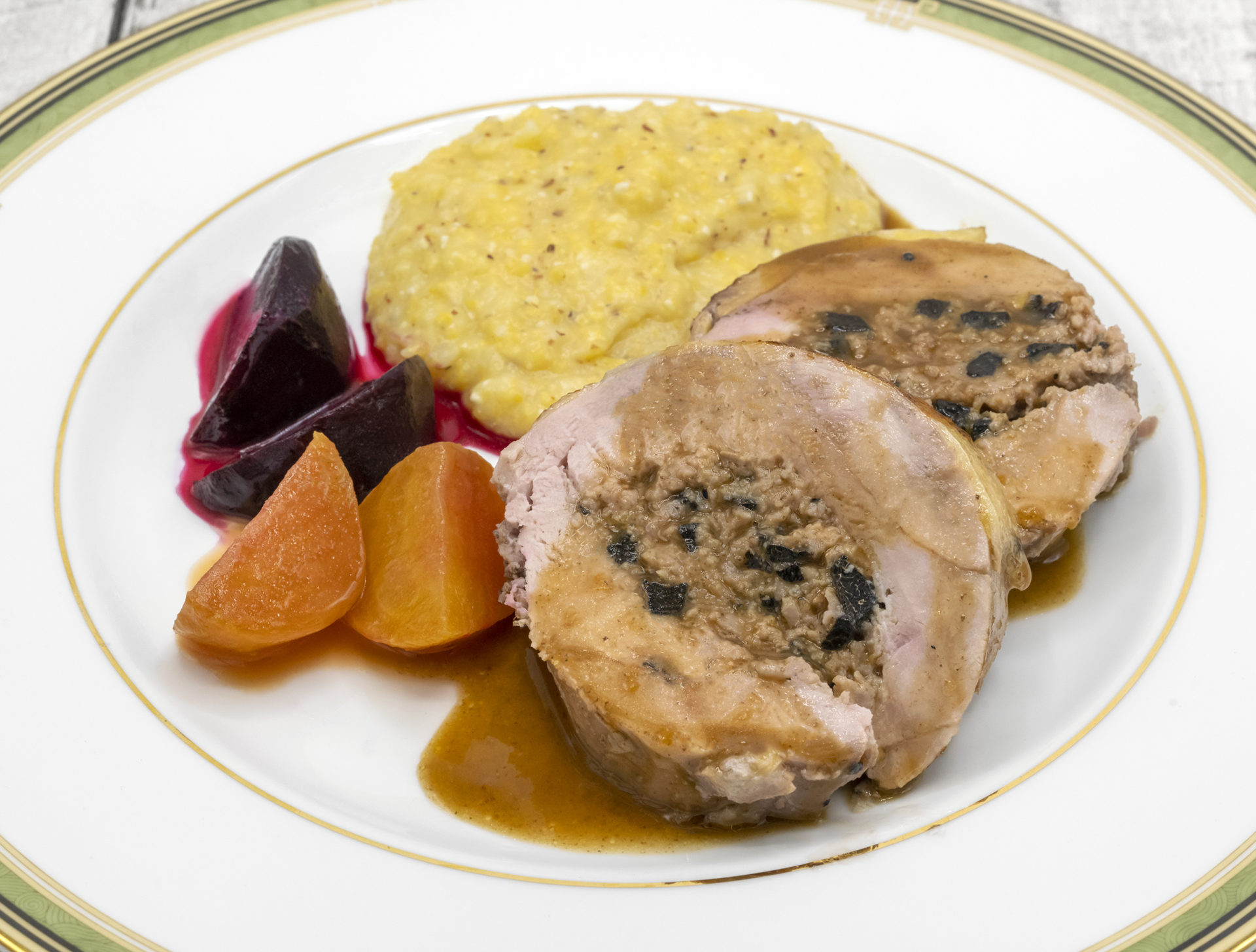 Over the years, I’ve published a number of Russian-ish game bird recipes on these pages. First, there was the pheasant à la russe adapted from The Derrydale Game Cookbook. Then I created a stuffed wild pheasant with morel coulis and spring vegetables. And more recently, I went back to the Derrydale for a double feature, the grouse à la moscovite and braised lettuce à la russe. Due to a delivery error that resulted in two “unwanted” wild pheasants sitting in my freezer (thanks, D’artagnan!), I decided to add one more recipe to the collection: Pheasant Galitzin.

Once upon a time, the Galitzin / Golitsyn family (both spellings are widespread) was one of the largest noble houses in the Russian Empire, descending from a 15th-century Lithuanian prince. One of them, Prince Mikhail Ivanovich Bulgark, earned the name “Golitsa” (glove; geležìs in Old Lithuanian) for an iron glove he wore in a battle against the Kingdom of Poland in 1514. His line soon provided Russia with an endless supply of boyars, warlords, diplomats, ambassadors, generals, and chamberlains. Some of them became the richest men of Russia – the Vyazomy Manor, the Arkhangelskoye Palace, and the Dubrovitsy Manor are all their former family estates in the Moscow region. Even memoirists such as Filipp Vigel had trouble keeping track of who’s who: “So numerous are the Golitsyns that soon it will be impossible to mention any of them without the family tree at hand.” But the Bolshevik revolution wasn’t kind to noble houses, and only one branch survived in the Soviet Union, all the others having disappeared during the Russian Civil War, been shot or killed in the Gulag, or forced into exile.

Which Golitsyn gave his name to the dish I’m presenting in this post? I don’t know, as none of the recipes I’ve found bother with any historical context. Maybe it was Dmitri Alekseyevich Gallitzin, Russian diplomat and art agent for Catherine the Great and Russian ambassador in Paris in the second half of the 18th century? Or perhaps Prince Lev Golitsyn, who set up the famous Massandra and Novy Svet wineries in the late 19th century?

What I do know is that Pheasant Galitzin, a pheasant stuffed with ground snipe and copious amounts of cream and butter, appears in Escoffier’s Guide Culinaire as well as in The Derrydale Cookbook. Both recipes are nearly identical except for the following: Escoffier adds a gargantuan amount of black truffle, while Louis Pullig De Gouy, in the Derrydale, yields to the uber-kitsch plating traditions of his time, recommending toast triangles and lemon slices dipped in parsley and paprika.

I’m choosing to stay closer to Escoffier than De Gouy, which means that this is gonna be quite an expensive recipe. However, in a world full of artificial truffle flavor, it will remind you how real black winter truffle truly tastes, and why it’s worth seeking. I am replacing the snipe in the stuffing with wild pheasant, since the only way I know to procure snipes is to hunt them myself and the season is closed. As the literature lacks garnish suggestions, I am serving the bird with roasted beets and polenta, two ingredients that pair well with truffle.