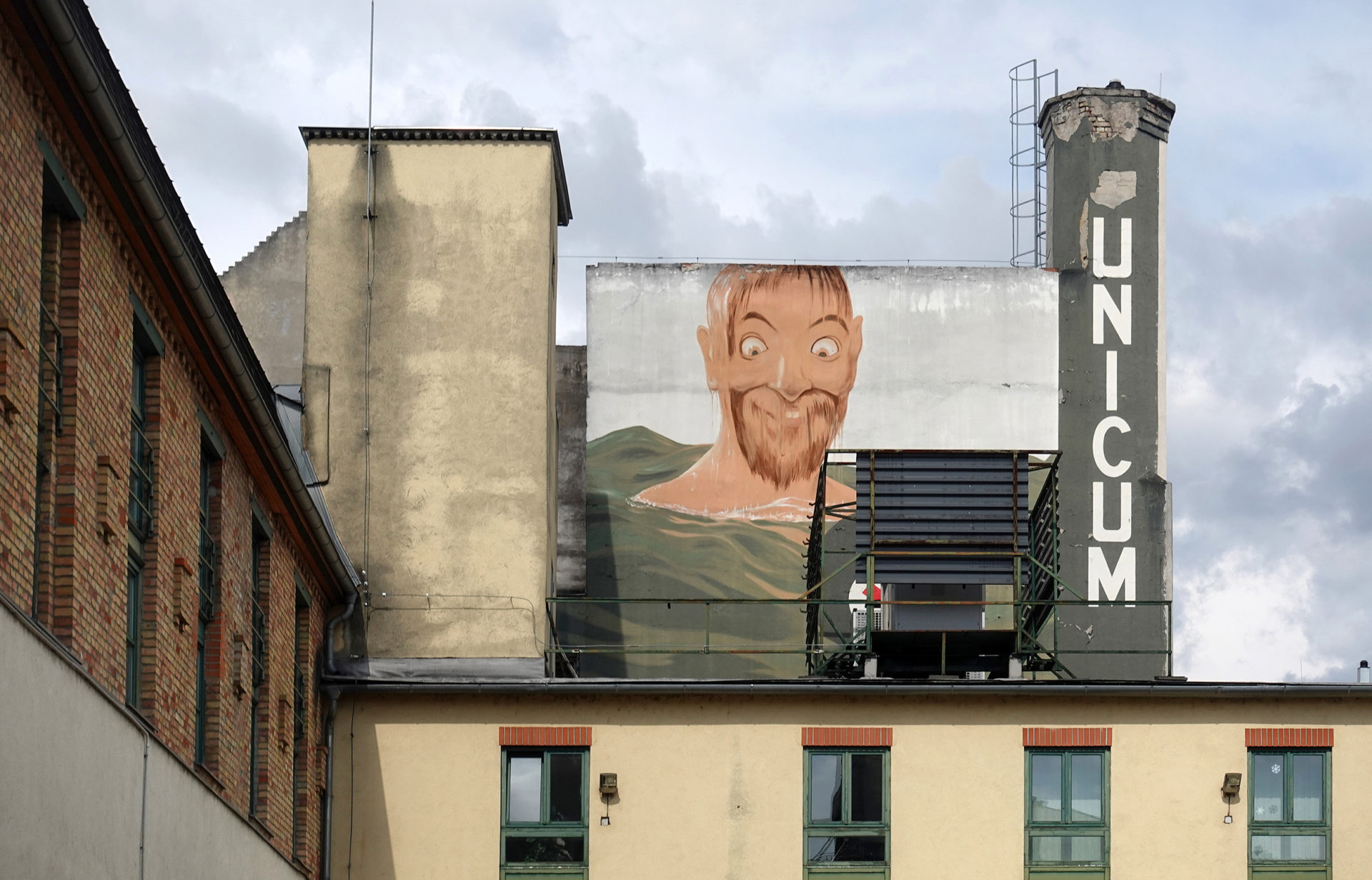 While the Zwack company’s main distillery is not located in Budapest (it’s in Kecskemét, and produces fruit brandy), Unicum is still produced in the historic factory on Soroksári Street. The Unicum House, as the place is now called, doubles as a museum where one can discover the history of this infamous herbal liqueur through a movie and an exhibition of memorabilia – and Central Europe’s largest collection of miniature bottles, because why not. The visit includes tours of a room where the old distillery has been restored to something akin to its original state, and the cellar, where more than 1 million liters of Unicum mature in nearly 500 oak barrels.

For all the material at the museum, Unicum’s recipe remains a secret, and my guide can say very little to add to what’s on display. The more than 40 herbs and spices used in Unicum are sourced from all five continents, with a significant portion coming from Hungary and its neighbors. As the king’s physician, Dr. Zwack had access to those rare medicinal ingredients (as a fictional character, he might as well have added unicorn horn). Some are shown in the old distillery room: bogbean leaf, ginger root, mustard seed, green cardamom, celery seed, dried orange peel, dried calumba root, dried rose, dill seed, orris root, hyssop, angelica root, sandalwood, black pepper, chamomile… But we’re still far from the count, and other ingredients are added by later Zwacks themselves. Only three people alive today know the full recipe: Izabella, Sándor, and their mother.

Like many herbal liqueurs that take their medicinal claims seriously, Unicum prepares this wide variety of ingredients with a combination of maceration and distillation, which provides optimal extraction of flavors and chemical compounds. Some of them are mixed with corn alcohol and water and just infused, giving the final product its dark color and the bulk of its flavor. The rest (in a separate blend) are also macerated in a similar fashion, but the resulting infusion is then distilled to bring out the fragrance of the herbs.

The macerate and the distillate are mixed and transferred to a large wooden barrel for three months. Finally, for the classic Unicum, sugar is added and the final product matures in oak barrels for three more months. Add filtering and bottling, and we’re done! Regular quality controls are performed by a judging panel that includes the Zwack family. The company doesn’t communicate in any more depth about the details of the fabrication process. And sadly, this is the kind of distillery visit where you don’t really get to see anything in action before it reaches the barrel maturation stage.

Instead, we admire the original still, dating from 1840, in all its decommissioned glory, now too small to contain the whole production. In case you’re wondering, the tall chimney in the factory’s courtyard was used to release smoke back when stills were heated by fire.

We head down to the cellar. The 2,500 square-meter underground space is like a labyrinth beneath the Unicum House. There, during the week, several workers are busy making 3 million liters of Unicum every year. They’re only five people, mind you, to help preserve the sacrosanct secrecy, of course (and maybe a bit thanks to modern automation). No point in trying to bribe them; they don’t know the full recipe.

The large barrels by the stairs, with the word “mix” written on them, contain the Unicum in its first maturation stage. A huge wooden vat of 40,000 liters is where the sugar is added, then smaller barrels contain liqueur in the second maturation stage, their ETAs chalked on their heads. All these barrels are infrequently replaced and not meant to impart flavor from the oak. The biggest and oldest barrel in the cellar, dating from 1937 – the lone survivor of WW2 – is filled with 17,000 liters of Unicum Riserva, the crown jewel of the brand.

After taking a few turns through this maze of booze, we get to a place where several barrels have been fitted with faucets. Tasting time! We start with the classic Unicum. I’ll provide more nuanced notes in a future post, but right there, in the middle of the cellar, my first impression is that it’s very bitter, which is why a lot of sugar is added to it. It even smells bitter! Next, the Unicum Szilva (szilva means plum in Hungarian) is exactly the same Unicum, to which dried plums are added and left for an additional barrel maturation of 6 months. The plums make the liqueur sweeter, and you can clearly smell and taste them. It’s definitely easier to drink, too. Finally, the premium Unicum Riserva is made with the same classic Unicum aged in that giant barrel first, then mixed with Tokaji aszú wine and aged again in Tokaji aszú barrels. Although my guide explains this is the sweetest of the tasting, to me it doesn’t seem as sweet as the Unicum Szilva. Because the Szilva and Riserva versions are aged in barrels for a longer time than the original Unicum – by far the most herbal and definitely an acquired taste – they also give the herbs time to milden noticeably. The Unicum Riserva is the one I like best.

There’s one Unicum that I do not get to try: Unicum Next. Compared to the original, it was developed to offer the same complex taste, but sweeter and with a hint of citrus. If you live in the US, this actually is the only kind available, and it’s sold simply under the name Zwack. My guide explains that it contains more lemon and orange peel.

If you remember from the history of the liqueur, back in the communist days, another version of Unicum was sold in Hungary, based on the fake recipe that the Zwack family gave to the new owners after the company was nationalized. Supposedly, the communist version was made with only ten ingredients or so and therefore didn’t boast as complex a taste as the real deal, but it wasn’t bad and people got to like it. When the family repurchased the factory, they kept making the communist Unicum for a while under the names Keserű 2 and Keserű Z (keserű means bitter in Hungarian), opting for a progressive transition in order to avoid losing their customer base. Eventually, only the genuine classic Unicum remained.

Despite an interesting tour, I remain thirsty for more. Wouldn’t it be cool to taste the macerates and distillates separately? To see the stills in action, even behind a glass panel? Surely this much wouldn’t endanger the family secret… Not to mention that times have changed – nobody’s interested in making bootleg Unicum anymore!

I leave the Unicum House loaded with bottles, one of each kind, so I can taste them again and develop cocktail recipes – that’ll be my next post. In the meantime, if you’d like to watch a virtual visit in less than 2 minutes, check out this video: