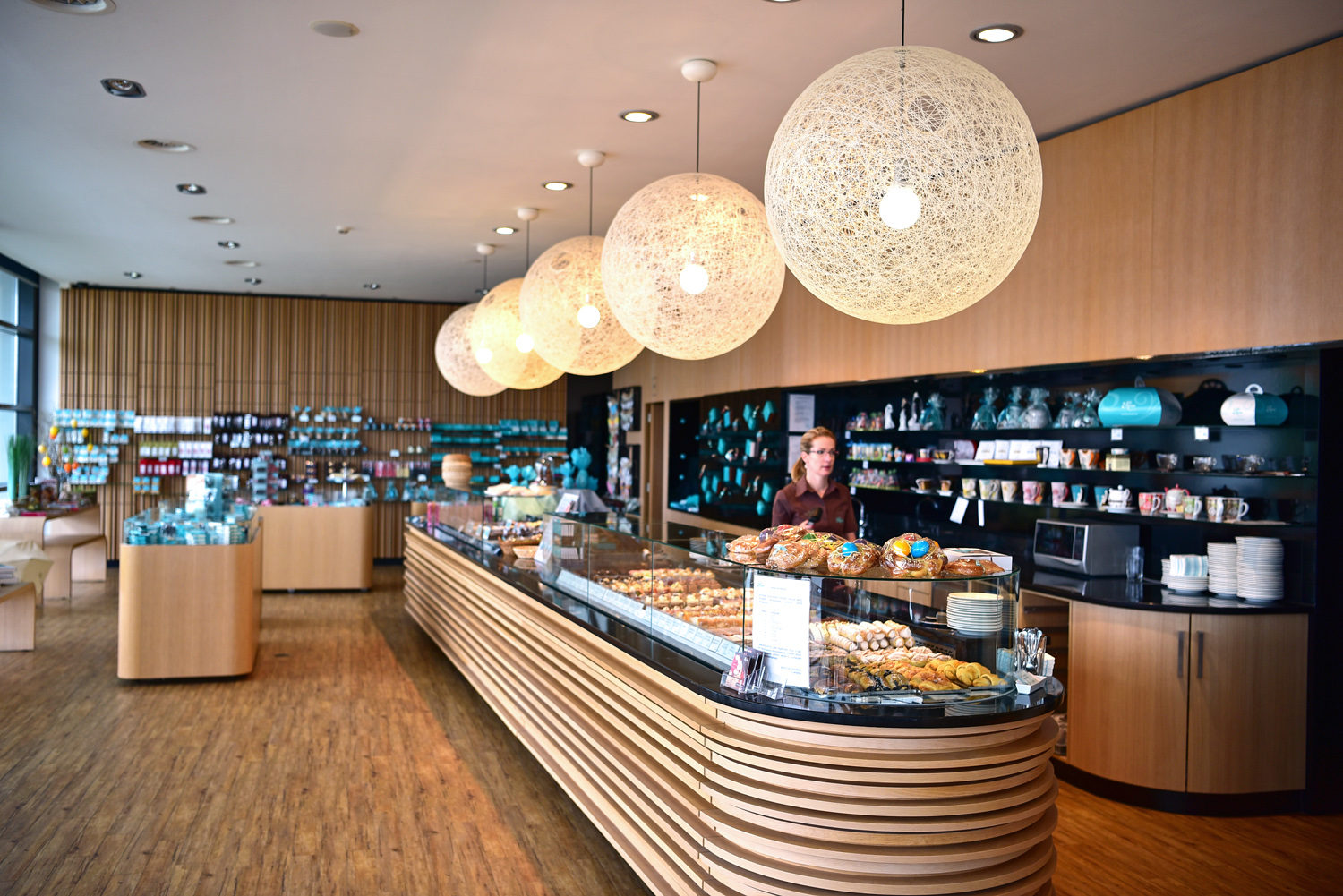 The Austro-Hungarian Empire had a rich history of coffee houses and pastry shops. In Budapest, the tradition lives on in famous cafés like Ruszwurm (the city’s oldest, beloved for its cremeschnitte), Gerbeaud (birthplace of the Gerbeaud slice — a ground walnut and jam filling between layers of sponge, covered with chocolate), Hauer, New York, or Centrál, which have survived regime changes for over a century and are still serving their delicious desserts. There would be much to write about these Budapest landmarks! But… we’re not in the capital today, we’re in Sopron. Home of various improbable strudels, made with beans or frangipane, remember?

George Lang wrote about the Sopron strudel, filled with preserves and a kind of frangipane. There are also a handful of sites that provide recipes for a Sopron strudel with white beans (such as here or here). Can one make a white bean frangipane? Hmmm, maybe.

Except in real life there’s no bean strudel in sight. None of the restaurants I visited serve it, and I’m pretty sure that if I’d passed by a pastry shop with “Sopron strudel” gloriously advertised behind its windows, I would have noticed — I’m just the perfect tourist like that. I even double-checked the online menu of the Dömötöri Pastry Shop. In actuality, as far as sweets are concerned, Sopron proves no different from other Hungarian towns. Which means that, for better or worse, we’ll get to talk about some classic Magyar desserts after all.

First, let’s finish our dinner at the Erhardt Restaurant, which I mentioned both in my previous Sopron post and in my recipe for Somlói galuska. At Erhardt, said galuska arrives as three scoops of layered cake topped with a mound of whipped cream, chopped walnuts, and chocolate sauce, a very good exemplar of this very unique dessert. Maybe out of mimicry, the very good chocolate mousse is also served in scoops, with whipped cream and a sour cherry coulis — a classic Central European flavor pairing. 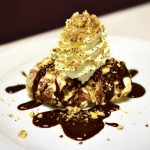 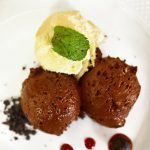 For a modest café experience, head to the Sopron location of the Szamos Cake Shop a small family-owned chain (well, not really… the branch has unfortunately closed since my visit). Szamos dates back to the 1930s, when Mátyás Szamos became known for his high-quality marzipan confections, before expanding his repertoire to other traditional cakes. The business reemerged after the fall of communism, and the chain now counts about 20 cafés around Hungary. 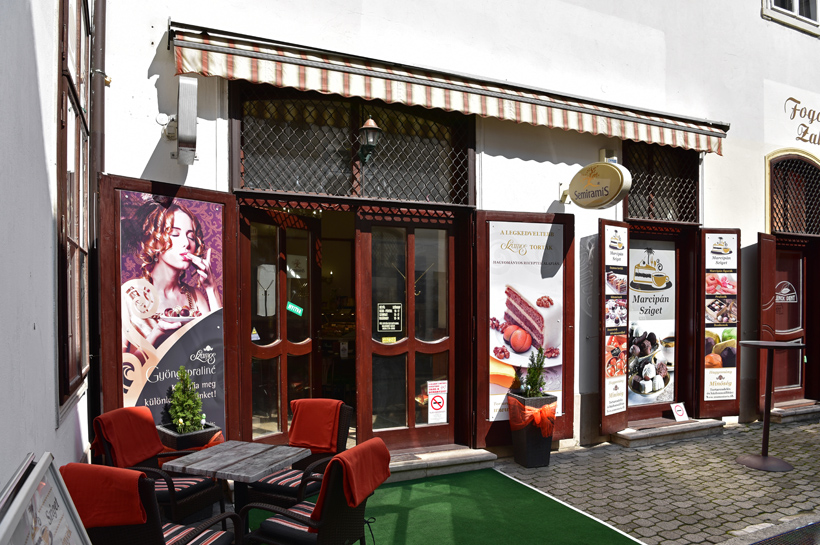 The Sachertorte is a faithful rendition of the Viennese original. In fact, the generous layer of apricot jelly makes it even slightly better. It remains a rather dry cake, which is why it’s often served with whipped cream. Still, a moister sponge wouldn’t have hurt, Herr Sacher.

The Dobos torta is another classic, a purely Hungarian one this time. It’s again prepared exactly how it’s supposed to be: thin, alternating layers of sponge and chocolate buttercream (not dark enough to my taste), topped with a caramel “mirror” resting at an angle on top of each slice. We also get some crushed walnuts on the outside. Good, but certainly less original than when it was invented a century ago. 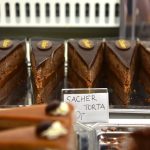 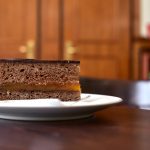 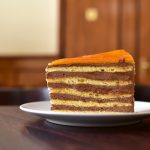 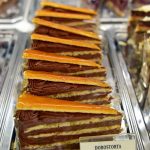 The Szatmár plum cake, a bit more complex, consists of three cake layers made with prunes and rum, alternating with a layer of chocolate cream and a layer of marzipan cream, decorated with more prunes and slivered almonds (normally there should be green marzipan leaves and whipped cream as well). In 2008, it was chosen as the Cake of Hungary, an award given to one new pastry creation every year. 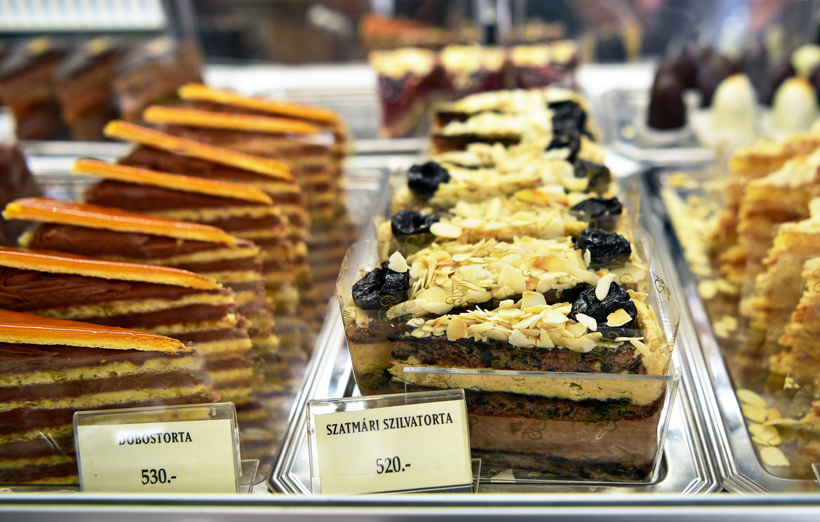 But for anyone with a sweet tooth, Sopron’s most notable point of interest is certainly the Harrer Chocolate Factory. Although the factory itself may not be operating during your visit, it offers a tour that includes a short movie, a small exhibition room overlooking the production kitchen, and a decadent tasting with virtually all-you-can-eat-chocolate truffles, a chocolate fondue, and a flute of Hungarian sparkler. Arrive hungry! 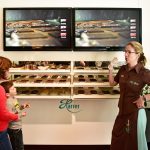 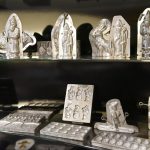 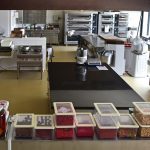 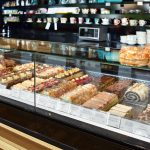 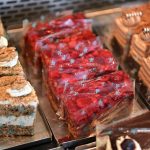 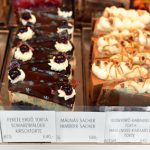 Across the Austrian border, and merely an hour away by car, lies the Hotel Sacher, where the eponymous cake was invented. This is where we’ll go in my next travel post, hoping that the famous chocolate and apricot torte didn’t go the way of the Sopron strudel…