The Sachertorte is a great example of a cake that was created nearly two centuries ago and needs a serious update to impress anybody nowadays. The original dessert was invented by Franz Sacher in 1832 and became popular in Budapest and Vienna several years later. However, similar recipes already appeared in the 18th century — after all, we’re just talking about a chocolate sponge cake with apricot jam in the middle and a coating of chocolate glaze.

The Sachertorte isn’t even that well designed, as most people agree that it suffers from being overly dry, hence the whipped cream usually served with it. And the real deal from the Hotel Sacher is now shipped worldwide (starting at 45 euro for a tiny cake delivered to the U.S.) and produced on a nearly industrial scale (about 800 cakes a day made by 20 cooks), which is rarely synonymous with quality. Seriously, that’s about 15 minutes per cake!

I didn’t have to resort to any crazy ideas to get a great dessert. I simply worked on reaching the best possible recipe for each of the 3 elements:

It all sounds simple now, and yet it took me over 10 months to get the perfect balance between the flavors! (Okay, to be fair, part of that time was spent waiting for apricots to be in season, and I was busy with other recipes, too.) 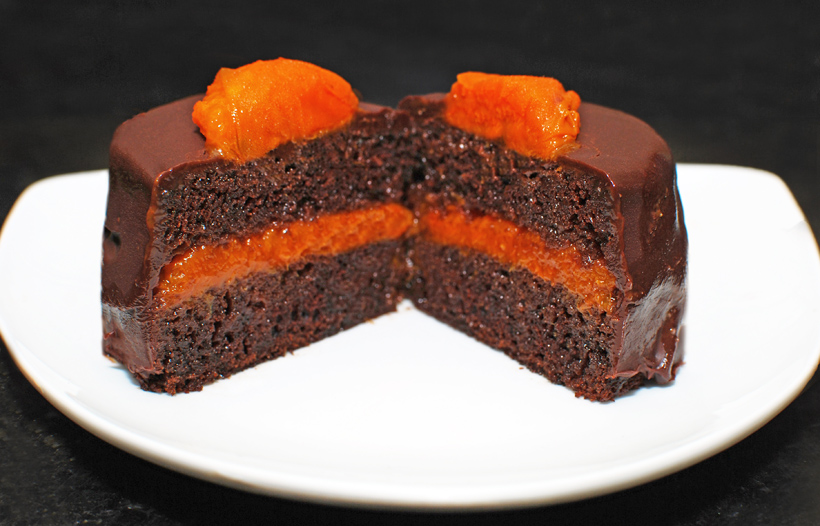 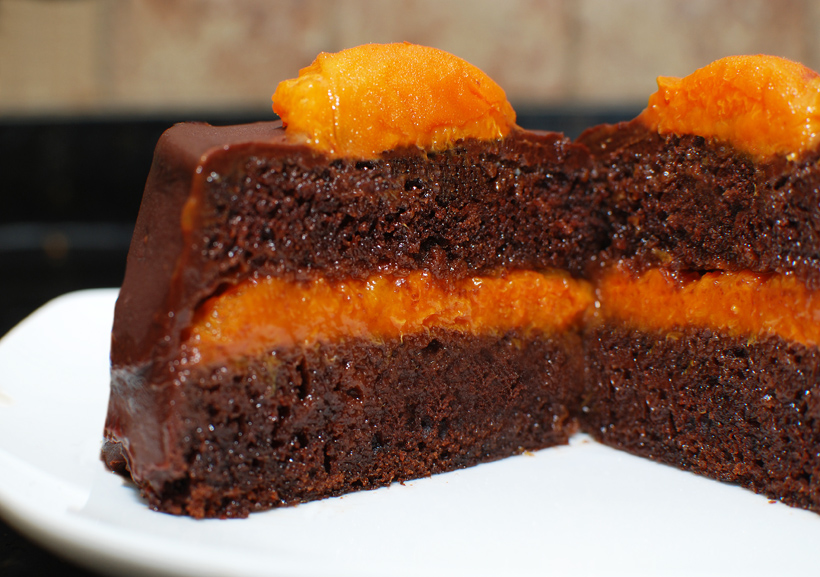 I’ve had one of the official Sacher cakes – it was very nice. The way I’ve seen it done is to spread the marmalade on the top and around the sides, as it gives a good layer between the cake and the ganache.

[…] You may wonder if you’re really going to have to spend your summer eating apricots, and then half of your fall breaking pits with a hammer, just so you can enjoy a cup of ice cream. There’s a much simpler solution: buy the kernels by the pound at Apricot Power (love the name). You may also wonder, no matter how delicious it may be, what this peculiar ice cream is doing on this blog. Simple, too: it’s the perfect match for my Sachertorte! […]

Hi there, i just wanted to drop you a line to say that i thoroughly enjoyed this particular post of yours, I have subscribed to your RSS feeds and have skimmed a few of your posts before but this one really stood out for me. I know that I am just a stranger to you but I figured you might appreciate the appreciation Take care and keep blogging.