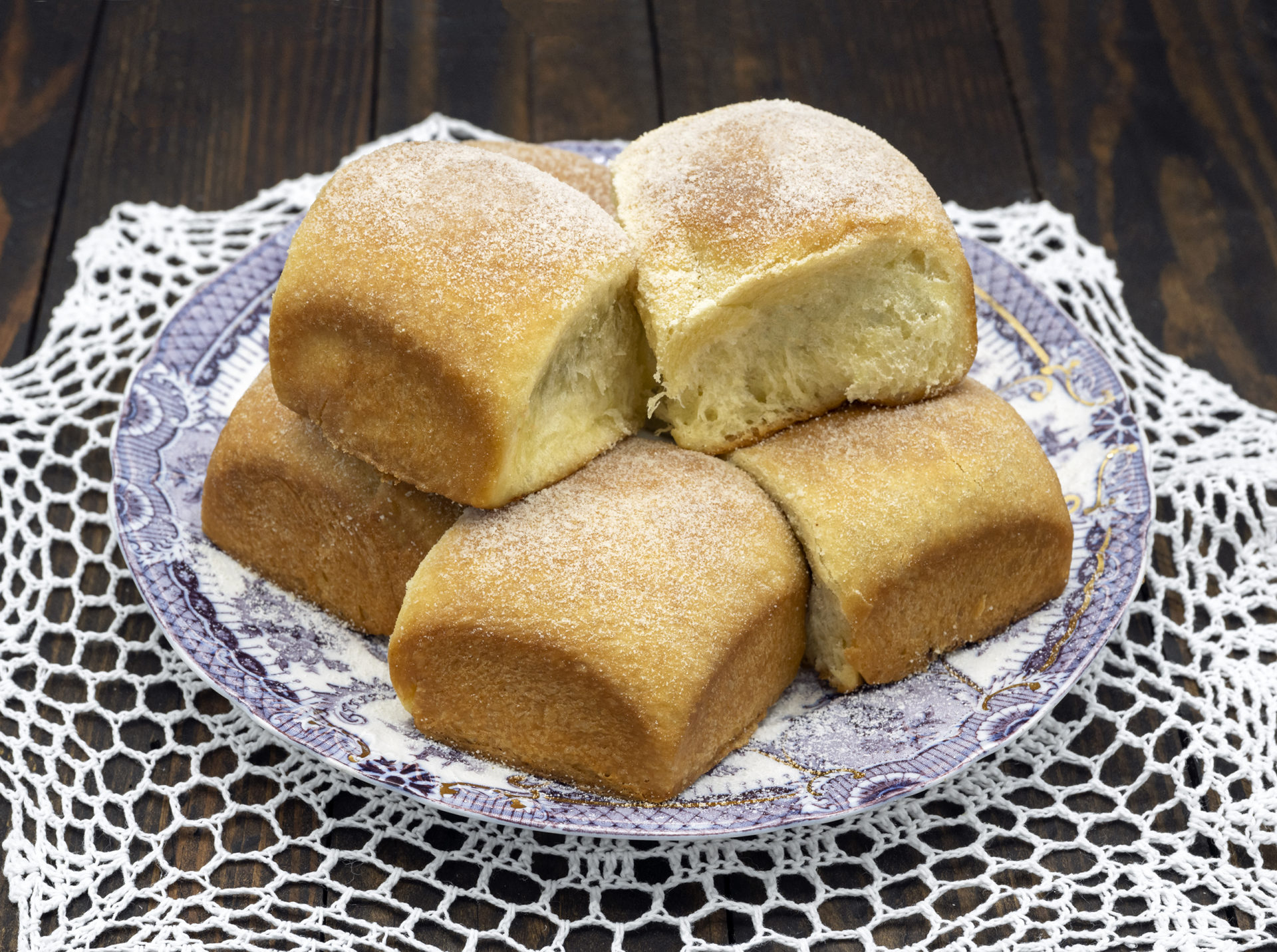 A classic Bohemian recipe, buchty are baked buns made of a yeast dough, containing a sweet filling, and brushed with a generous amount of melted butter. They’re one of the traditional Czech sweet pastries (like koláčky), sold in bakeries or made at home on weekends, and consumed with coffee or tea. But they’re also associated with one of the most famous Czech fairy tale characters: Český Honza (Czech Honza, also referred to as Silly Honza, Lazy Honza, or Poor Honza).

Many legendary dragon-slaying (and generally princess-loving) figures are portrayed as proven fighters with strong personalities. Siegfried, either the son of a king or a wandering warrior, bathed in the blood of his firedrake prey (and later married the princess Kriemhild). Saint George, a soldier, killed a dragon to save the king’s daughter from being offered as a sacrifice to the beast. Saint Michael, an archangel, no less, speared a maleficent serpent because it symbolized Satan (no princess was involved).

But Český Honza is more like Bilbo Baggins. An inherently lazy boy who spends his childhood in a cottage lying on a stove, he decides to leave his family home and see the world when adulthood comes. His mother doesn’t let him leave empty-handed, baking him buchty to take on his journey. Honza then shares the buns with other fairy tale characters he meets on the road, and eventually, in most versions of the story, he kills a dragon, and saves and marries a princess. Bilbo cannot claim the same.

But let’s get back to the kitchen… The recipe I’m offering below is quite traditional. My main goal here was to create a texture that’s as airy as possible while providing plenty of the buttery flavor for which buchty are known. In addition to a dough that’s leaning halfway towards the brioche end of the spectrum (which means more butter than most recipes), I’m generously brushing my buns with the golden fat not once, not twice, but three times!

Common buchty fillings include poppy seeds, farmers’ cheese, or plum povidla, a kind of preserves obtained by cooking fresh or dried fruits to the consistency of a spreadable paste. I’m going with the latter, but my version replaces long hours of cooking with just a few minutes of steeping and blending. I’m also adding some rum, cinnamon, and lime zest to pair with the dried plums; and to make the flavors a bit less in-your-face, I’m mixing my instant prune povidla with pastry cream.

Lastly, buchty are often finished with a dusting of confectioners’ sugar, and so are mine, with a bonus hint of almond powder. Slaying the dragon and marrying the princess are optional.