Potato Kalitka, the Pie from the Russian Far North 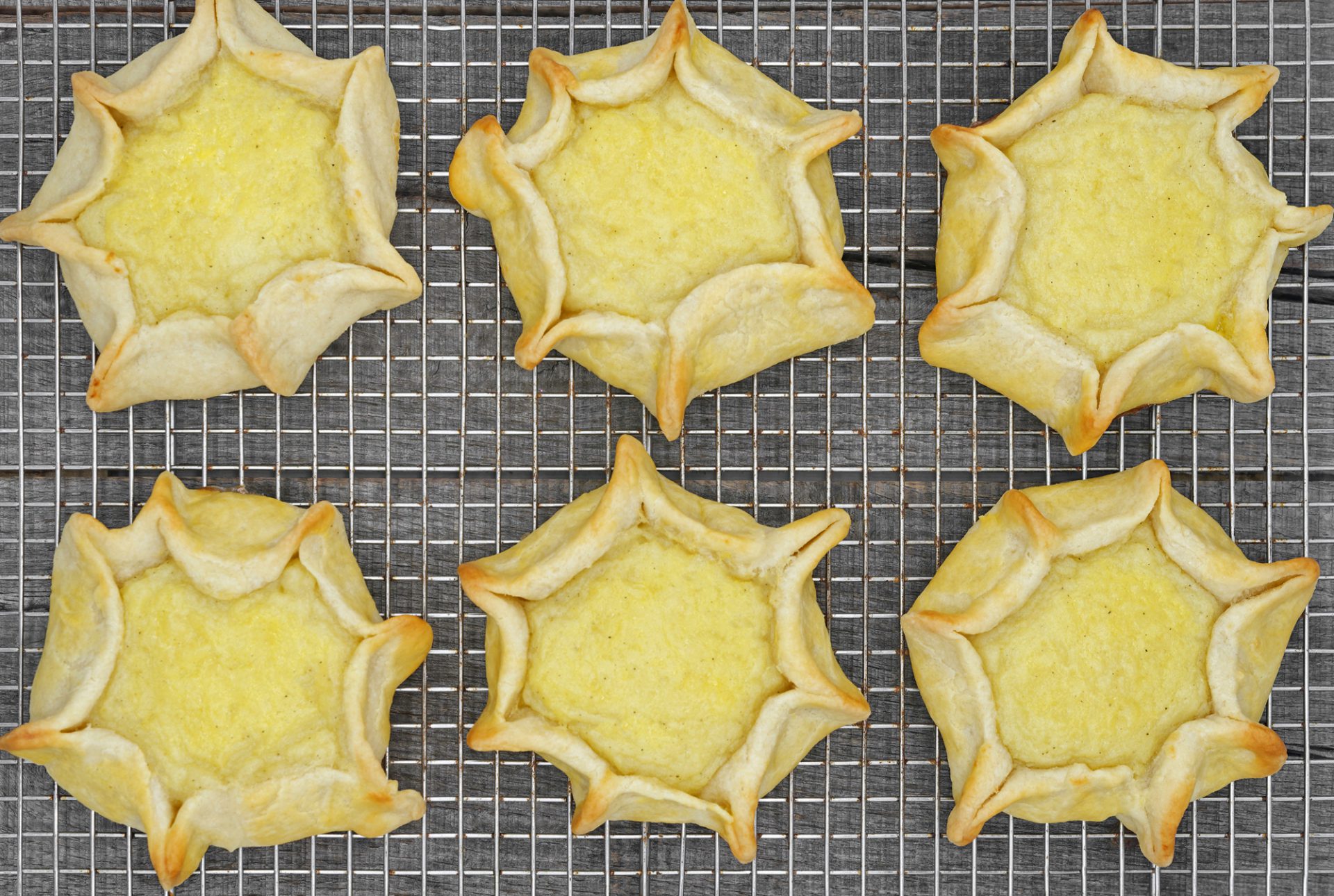 In my last post, I talked about my trip to the wilderness of Lake Lacha, outdoor adventures in the surrounding woods and swamps, and meals at the Kolokol tour base – burbot and zander from the lake, vendace roe, bear stew… But there’s one dish I left out for a separate article: it’s the potato kalitka.

Typically hailing from Karelia, a kalitka is a small open-faced pasty, filled with potato, groats (buckwheat, barley, rice), or tvorog. It can be savory or sweet, depending on the contents. While other Russian pies can be quite elaborate, kalitkas (or kalitki, for the Russian plural) are an everyday food, meant to be prepared quickly. In Karelia, they have an oval shape and they’re made with rye flour. In the neighboring Arkhangelsk region and other parts of the Russian North, they’re round and often prepared with wheat flour and filled with potato purée – this is the kind we’re baking today.

One evening, after a day of snowmobiling and fishing, Natalya, the chef at the Kolokol tour base, gives us a demonstration of her kalitka recipe. Starting with the dough of course. Natalya’s recipe doesn’t skimp on the cream and butter. In fact, these are the only two wet ingredients – no milk, no eggs! Luckily, the potato purée, which she prepared ahead of time, isn’t too rich and brings some balance. I’m guessing it’s made only with milk.

Next, we all sit down at the table to assemble the pies. We roll little nuggets of dough into discs, fill them with potato purée, and fold the edges to the best of our abilities. Usually kalitkas are fairly flat, but there’s no hard rule about the shape – everyday food, remember? Some of ours are thin, others are thicker, and the sides are pinched for decoration as per every cook’s taste. Natalya likes to add a rosette of commercial mayonnaise on top before baking – we won’t judge.

My kalitka recipe is based on Natalya’s instructions; it just provides quantified ingredient amounts for best results. I keep the recipe simple; I use the rich dough made with cream and butter, and, for a change, I refrain from dumping a whole stick of butter into my potato purée (and I ditch the mayo). I’ve experimented with slight variations in shape of the kalitkas, and I prefer mine on the thicker side. Keep in mind that thinner pies will cook a bit faster.

So what do you eat with potato kalitkas? Whatever you have handy, I’d say! Have them on their own, or use them as zakuski to follow a shot of vodka, between a pickle and a slice of cured sausage. Serve them as an accompaniment to soup, or as a garnish for fish or meat dishes. Finish them for breakfast. For my part, I tried them with the vendace roe and fried vendace that we were already eating that night on Lake Lacha, and I thought the pairing worked really well. Back home in the US, I found out you can even buy vendace roe and smoked vendace online here (though it’s not precisely vendace/European cisco; it’s American cisco). Otherwise, whitefish roe and smoked whitefish are a bit more readily available and very similar. You’ll find them in many stores that specialize in smoked fish and caviar.

This potato recipe sounds wonderful. I’m a potato lover so I will try this.