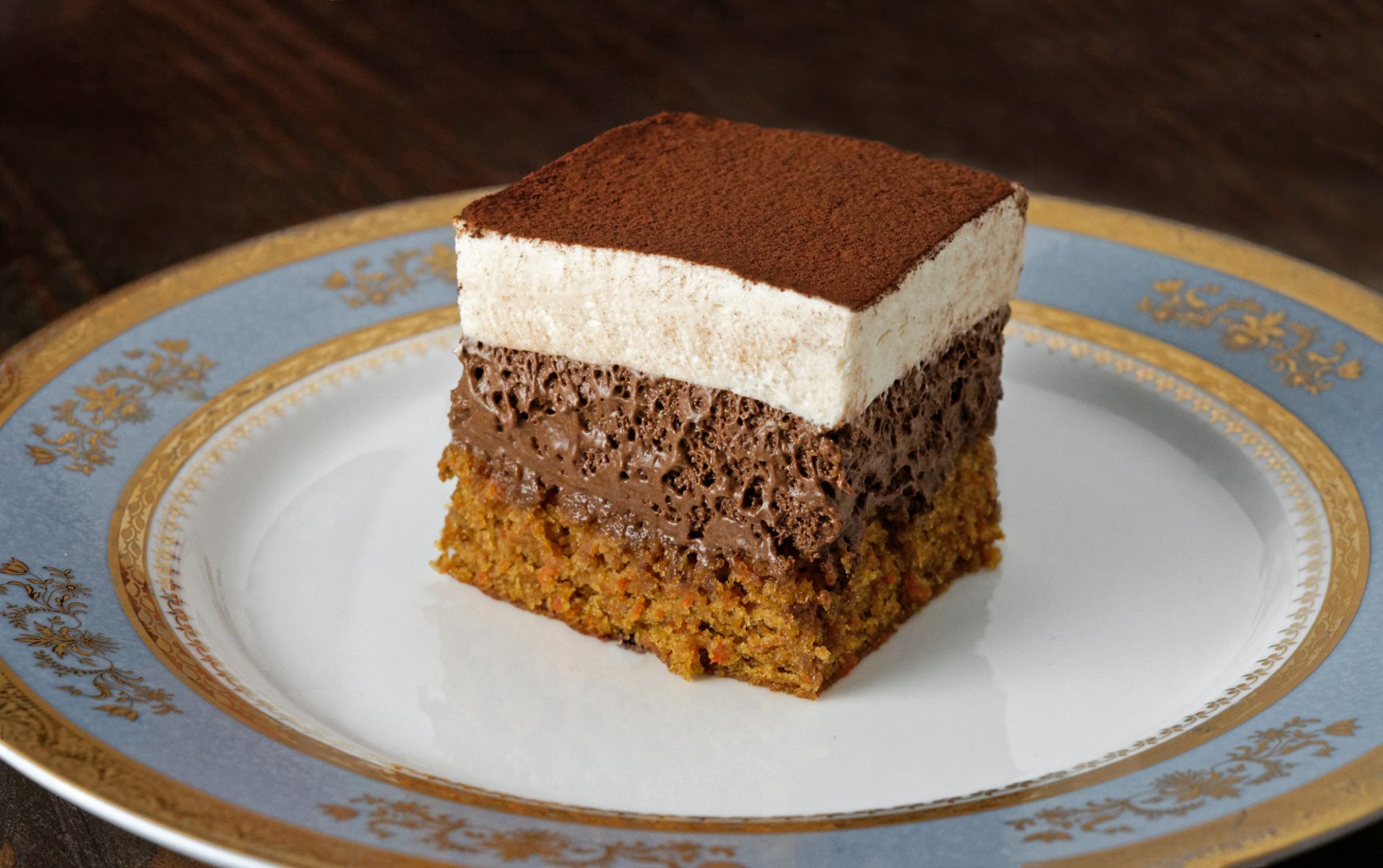 In my last post, I told you the tale of the ephemeral love between Rigó Jancsi and Clara Ward, and how it gave birth to a cake which, all things considered, should be called the Princess Clara more than the Rigó Jancsi. I also reported on my search for the best Rigó recipe, both in the literature and in Budapest pastry shops big and small. After having poo-pooed pretty much everybody else’s recipe, I guess it’s my turn to share my own. No pressure, right?!

I’ve tried to address all the complaints I had about the other versions I tasted: dense, dry, hard to cut with a fork, not chocolatey enough. At the same time, I wanted to make the dessert more interesting and modern. So let’s go through my cake layers one by one:

Inevitably, there will be obtuse people to declare that this isn’t a Rigó Jancsi. Imagine the heresy: I’m using chocolate! carrots! a sous-vide pouch and a water bath! RAW egg whites! a single cake layer! two layers of filling!

No problem. Let them eat their subpar pastries. Everyone else can try my recipe instead.

Rigó Jancsi: the Princess, the Fiddler, and the Cake