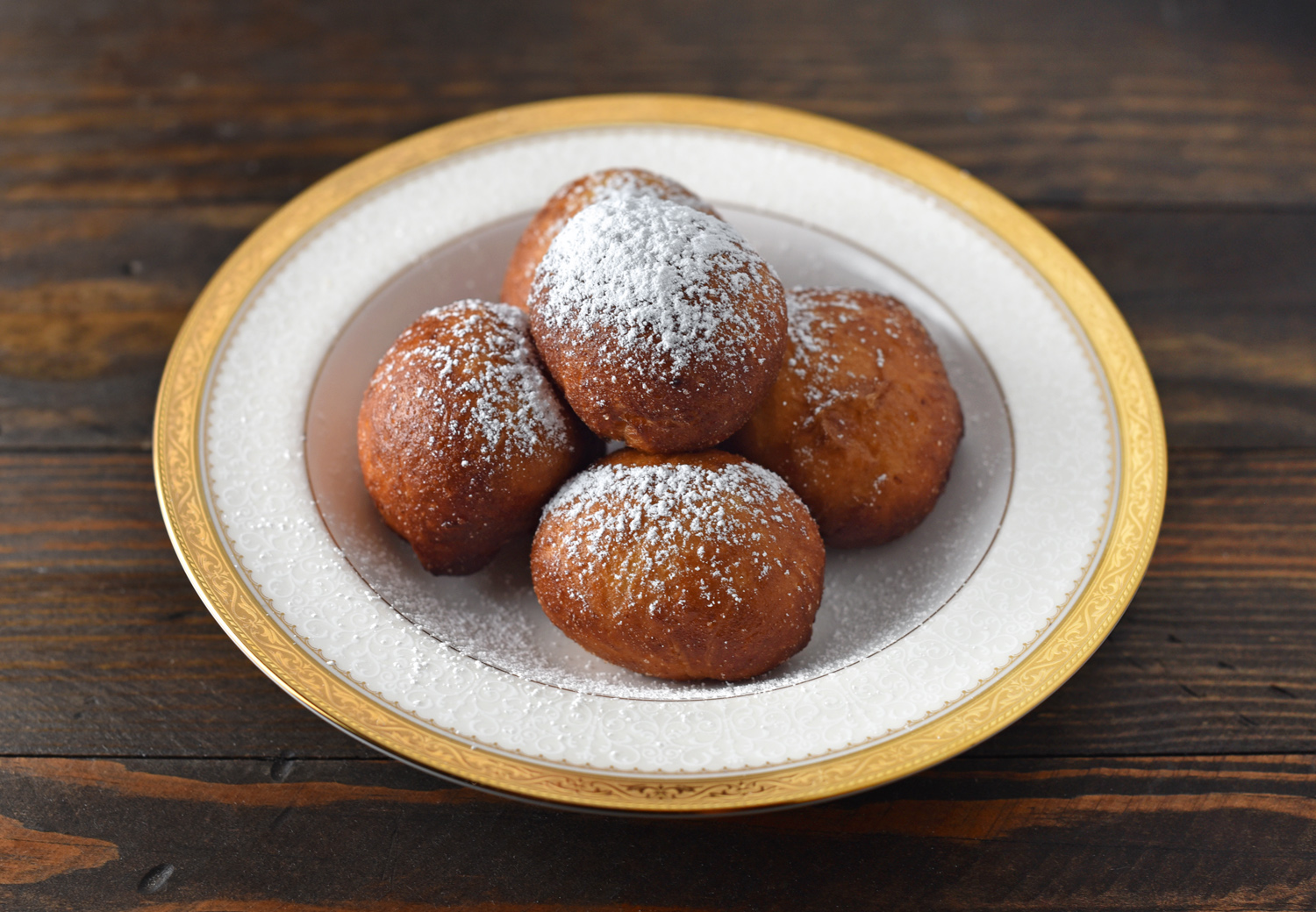 Nearly every country counts some kind of sweet fried dough among its desserts. Americans eat doughnuts, Indians have gulab jamun, the French make beignets, and I’ve already written about fritule, Dalmatian fritters. Lithuanians are no exception, and in his class on Eastern European desserts at the Institute of Culinary Education (which I have mentioned previously), Michael Laiskonis offers his own interpretation of spurgos.

In Lithuania, spurgos are typically varškės spurgos, farmer cheese fritters (with a lot of farmer cheese and a little bit of flour), dusted with sugar, prepared for holidays and special occasions. But Michael took a rather different approach, ditching the farmer cheese altogether for a more western dough (with a lot of flour and a little bit of milk), and filling the fried balls with pastry cream. And that pastry cream, made with vanilla beans and poppy seeds, turns the humble fried dough into a dessert that even the doughnut-skeptic won’t resist.

It does bother me a little, however, to make farmer cheese fritters without farmer cheese, if only because without it, I could just as easily call them beignets, fritule, or churros. On the other hand, if I follow a traditional recipe for varškės spurgos, the fried dough is slightly too dense to allow for piping a generous amount of pastry cream inside — a terrible First World problem. 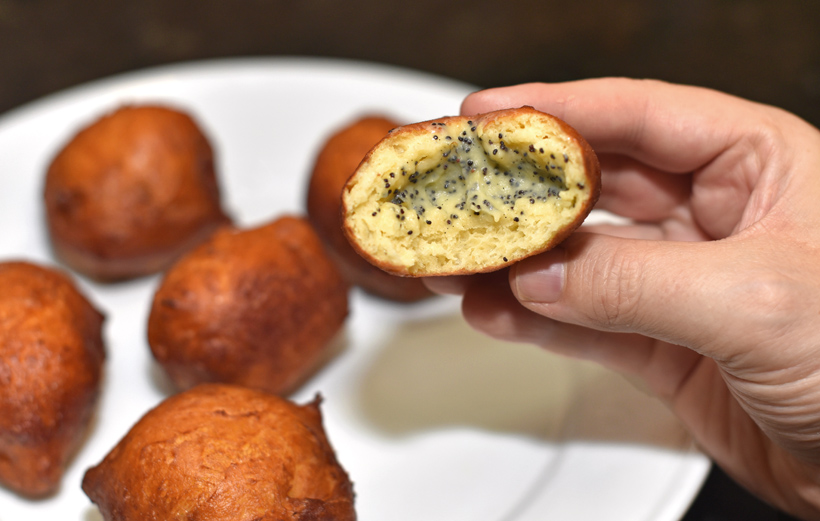 So I’ve come up with a recipe somewhere in between Lithuania and Laiskonia, combining the ingredients of both. I reduced the proportion of farmer cheese compared to traditional recipes like the one in Beata Nicholson’s Taste Lithuania, but it’s still a pretty substantial amount. Like Michael, I’ve replaced baking powder with yeast, and use a blend of all-purpose and bread flours. The dough is a little bit hard to work with — very sticky, resulting in fritters that aren’t perfectly round — but worth the trouble.

I’ve of course kept the idea of a pastry cream filling, and I’m presenting two flavors: Michael’s original poppy seed-and-vanilla, and my own crème de cassis. Nobody, to my knowledge, has ever called Lithuania the Burgundy of the Baltics, but there’s a substantial blackcurrant production, considering the country’s size. Blackcurrant pie is a popular Lithuanian dessert, and nowadays neighboring Latvia even produces a blackcurrant version of its Riga Black Balsam. So turning the berries into a liqueur to flavor pastry cream seems just like one small extra step, right? If you’re feeling adventurous, try making your own crème de cassis using my recipe, one of this blog’s most popular posts! 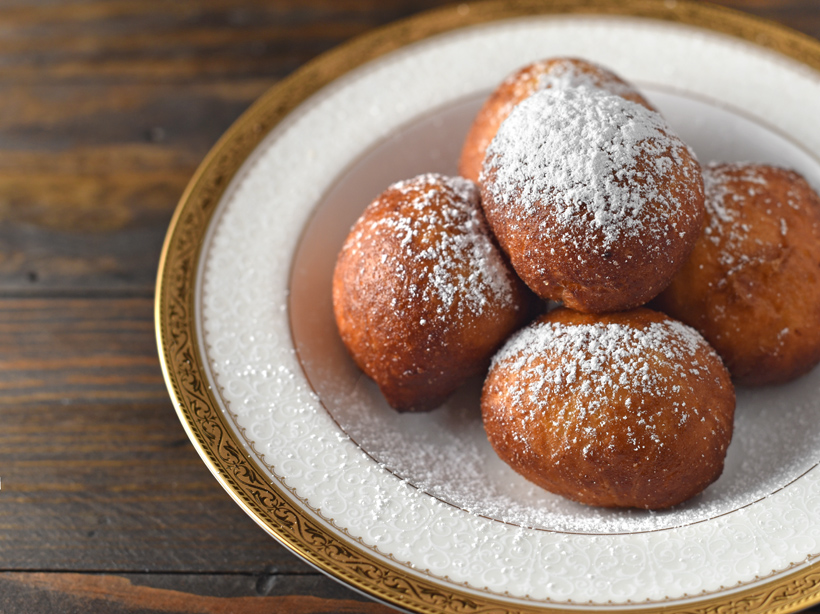 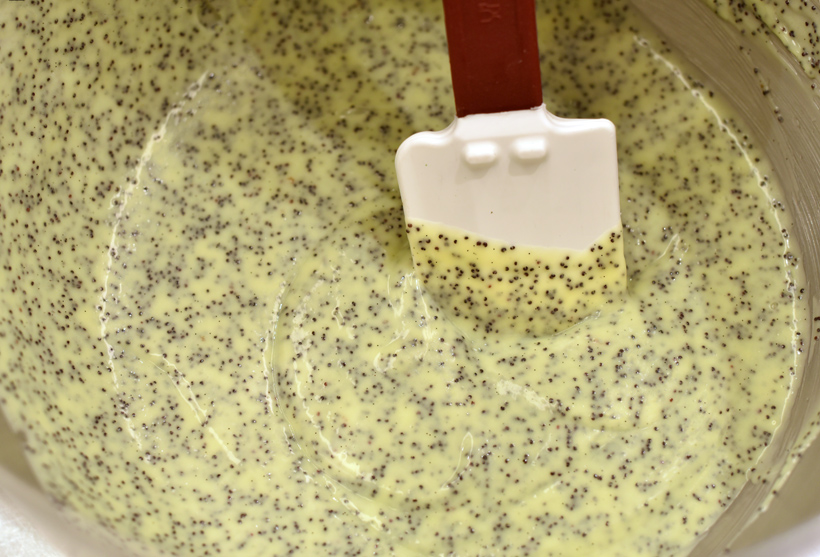 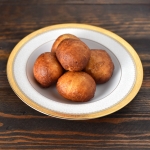 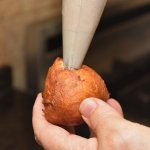 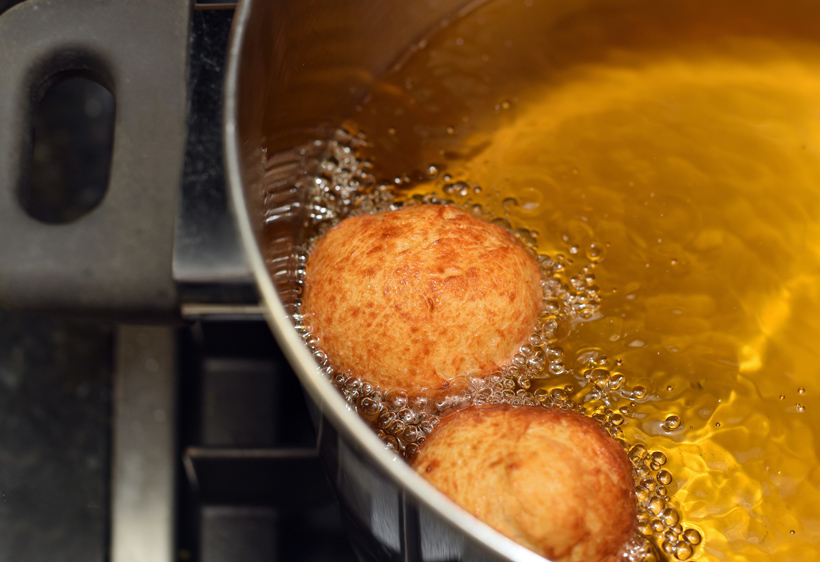 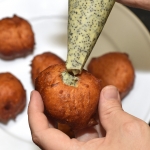 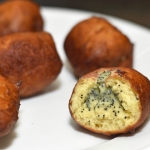 these look stunning and so yummy.