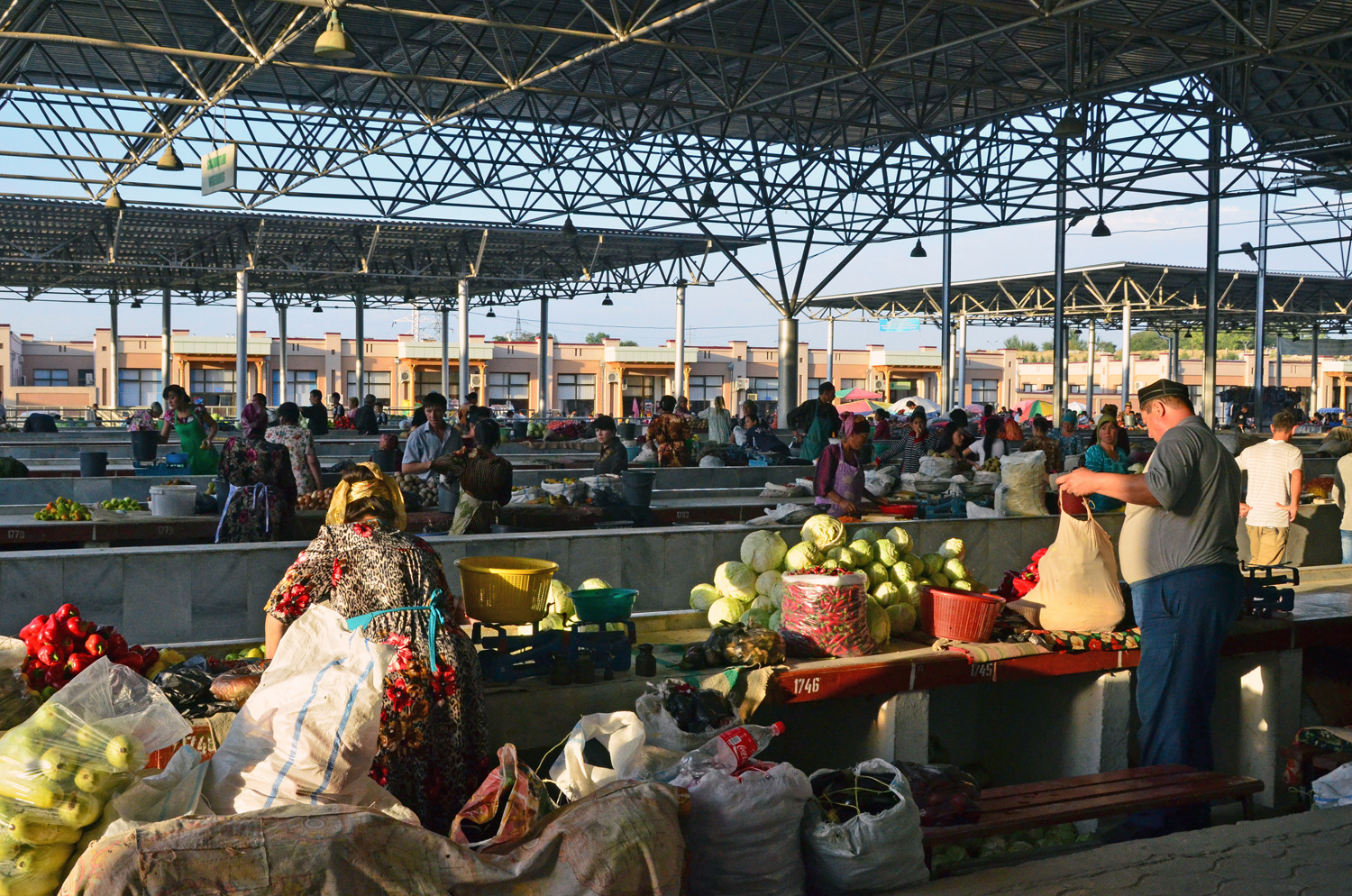 In my last Uzbek Adventures post, we caught a glimpse of Samarkand’s restaurants. We had lunch by the Registan and tasted exotic kebabs and wines in the Russian part of town. The Bibi-Khanym Mosque is the tourist’s next logical destination, and while there, it’s impossible to miss the food market next to it, the Siyob Bazaar.

Siyob (or Siab) means black water in Persian, and is the name of a small river north of town. The Siyob Bazaar is Samarkand’s largest market. Still, unlike the sprawling halls of Tashkent’s Chorsu bazaar where one can easily become lost, it’s of a much more manageable size, and it’s no trouble orienting oneself beyond the characteristic blue tiles of the entrance gates. 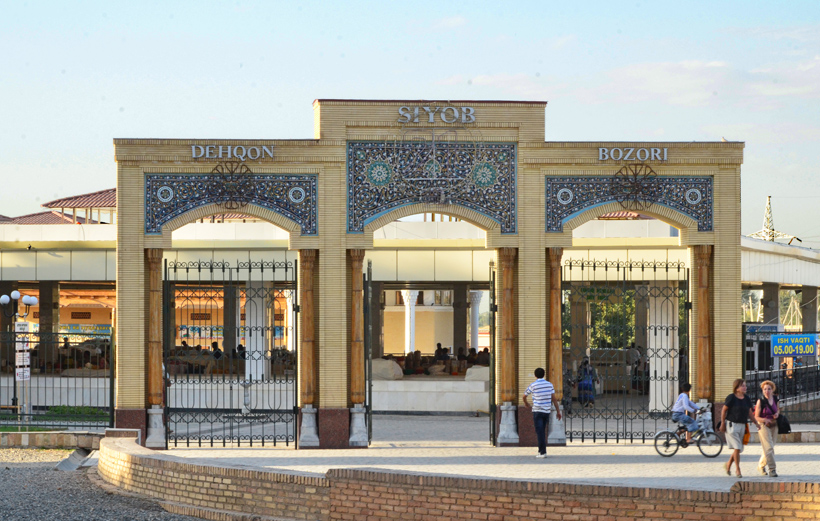 Let’s take care of a few mundane things first. You won’t be surprised by the selection of herbs (parsley, cilantro, basil, dill, scallions, bay leaves, and vine leaves), and the vegetables (cabbage, onions, bell peppers of various colors, eggplants small and large) are often just as expected. Likewise, Samarkand’s non, as pretty and delicious as it may be, doesn’t look much different from its counterparts throughout the rest of the country. 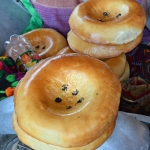 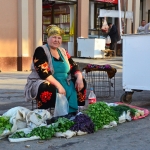 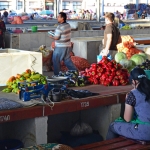 Perhaps more special are the bags of chickpeas, black-eyes peas, mung beans, and black sesame seeds. Uzbek cuisine uses its fair share of legumes — chickpeas, for example, are used in plov, soups, and stews. I’m curious, though: how exactly does one decide to buy peas or beans, which all look indistinguishable and can’t really be smelled or tasted on the spot, from one seller rather than the next? 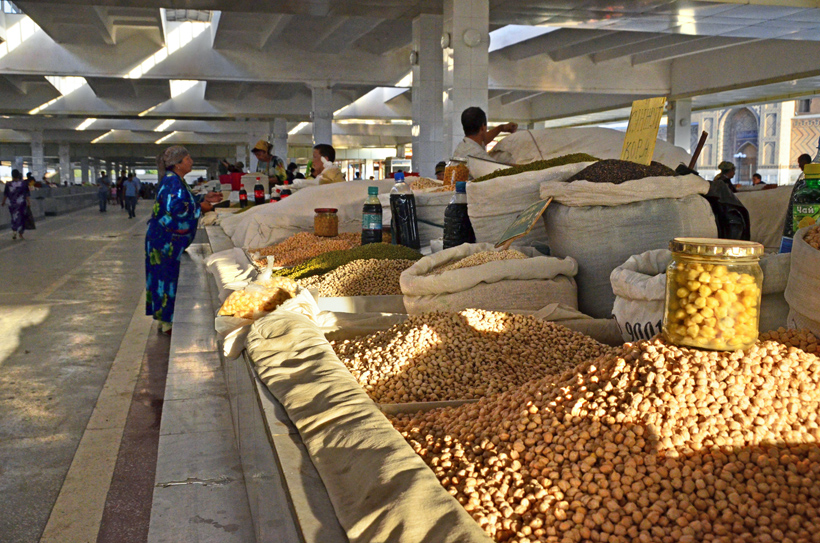 Rice, displayed in large heaps, occupies its own section of the market and is of course a necessity as the main ingredient of any plov. Here, we’ve got a couple different kinds of Avangard, the everyday variety, as well as some rice from the nearby village of Konigil. 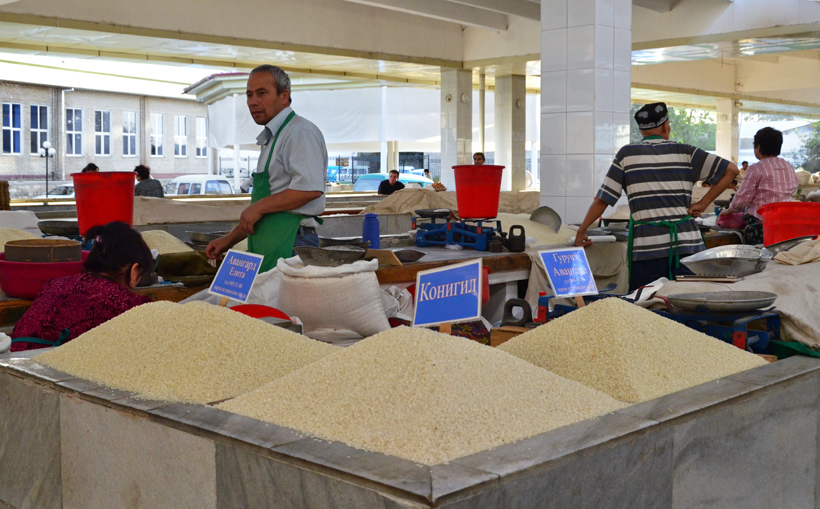 Late summer must be squash season in Uzbekistan, as I saw many pumpkins and other cucurbits of various shapes and colors. Pumpkin can be used to fill manti and samsa, make soups, or for certain plov recipes. 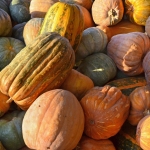 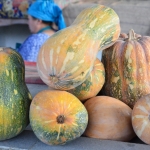 If Tashkent offered the largest display of carrots I’ve ever seen in a market, here in the Siyob Bazaar it’s peppers that seem to be on every stall: bell peppers, smaller green peppers, or small red hot peppers, the choice is yours. 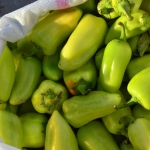 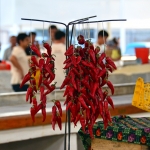 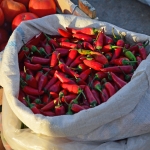 Fish always seems like a risky proposition in Central Asia — what remote body of water does it come from, how much time has it spent under the blazing sun? Probably for these reasons, there’s only one kind available most of the time, and it’s already smoked or deep-fried. This is the case here. Cold or reheated deep-fried fish doesn’t appeal to me much, but what do I know? 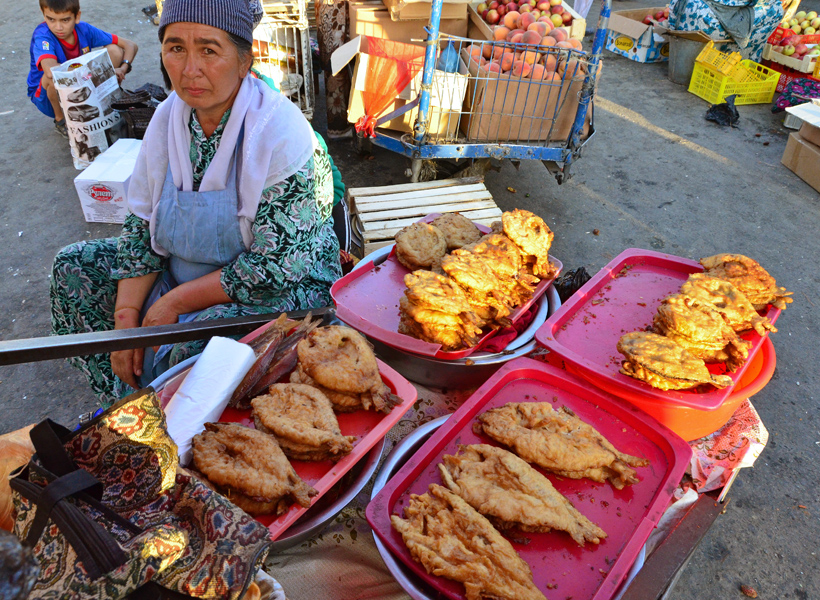 Curiously for a market of such size, I don’t remember seeing a lot of meat, save for a few stalls like this one. Apparently, the butcher just cuts chunks of meat off the legs hanging in the store, on demand. Interesting… 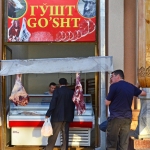 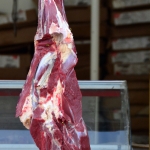 Then there are the cow feet. According to some sources, cow feet are a delicacy. I have my doubts. I still haven’t found any Uzbek recipe calling for cow feet, but I guess soup could be an option, since this exists in other cultures and I don’t really see what else you could prepare. The Internet also mentions their high keratin content and their suitability for making gelatin. But what is the woman in this next picture looking at, exactly? Is she a psychic cow foot reader? Actually, this isn’t the first time we see people closely inspecting cow feet: there was a precedent at Khujand’s Panjshanbe bazaar. The mystery remains… 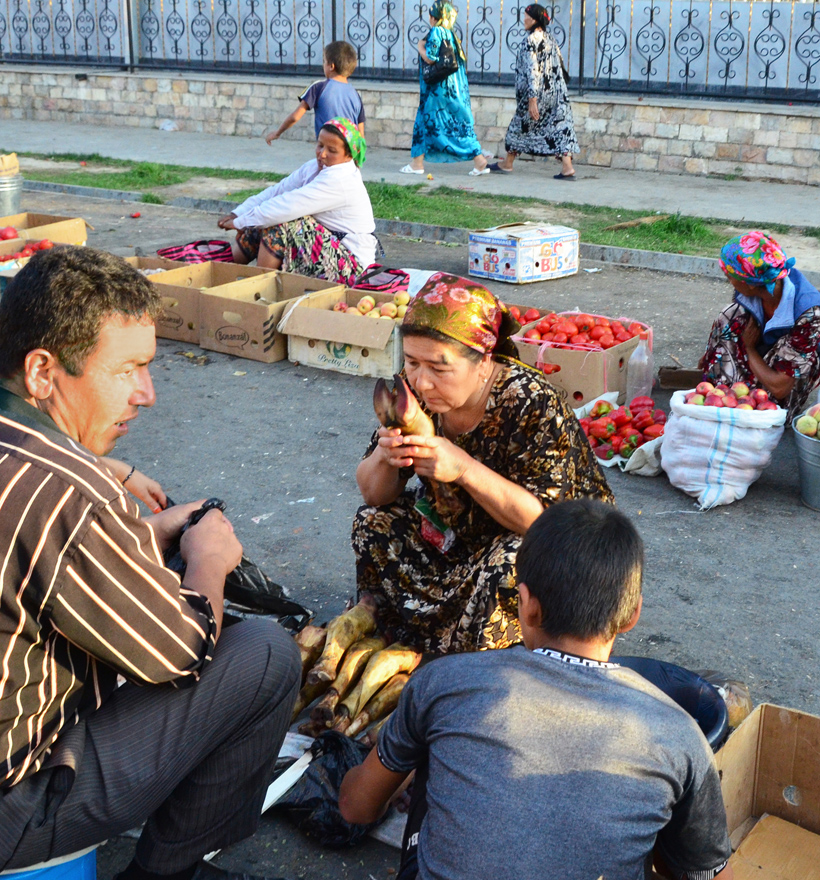 As we’ve seen in other Central Asian markets, it’s not rare for one seller to sell only one kind of fruit, or a couple kinds at most. Everyone seems to bring their own tiny production and sell it themselves. The grape vendor (who sells both green and red grapes, at least) sits between the apple vendor and the peach vendor, who must be bringing their crops only a few trees’ worth at a time. The pomegranate sellers face the lemon sellers. I can visualize them all packing the trunks of their Ladas in the evening, the plum lady next to the plum tomato lady, and heading back home. 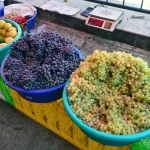 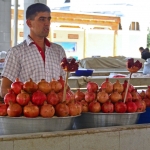 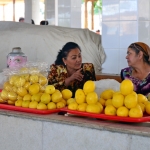 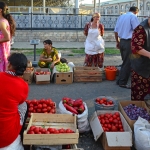 The watermelon vendors do the same, but must have a harder time packing in the evening. On the bright side: unlike Tashkent, Samarkand hasn’t banned the sale of watermelons at the market. 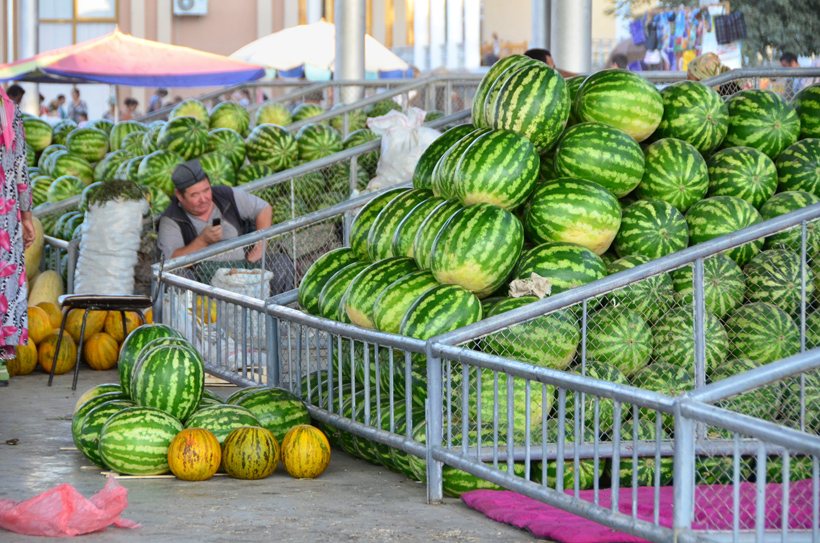 In the sweets department, in addition to the usual nuts and dried fruits, you’ll find stacks of walnut-stuffed dates, and large crystals of a kind of rock sugar called nabot (or navat) in Uzbek. Nabot is made from grape juice and/or concentrated sugar syrup, simmered with spices, then cooled for several days in a container crisscrossed with yarns for the crystals to grow on (check out this video for more details). Not only is it used to sweeten tea, it’s also said to cure all kinds of ailments: digestive disorders; dehydration, low blood pressure, heart disorders, depression, general weakness… You hardly need a doctor if you have nabot. 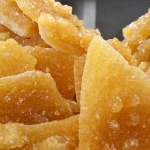 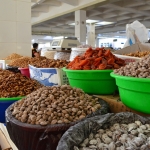 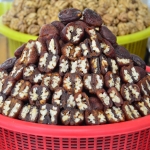 And this marks the end of the Uzbek Adventures series for now. From the Aral Sea to Khiva to Fergana, there remains a lot to explore, further off the beaten path and away from the large cities. But first, my next Central Asian Adventures will take you to Kazakhstan.