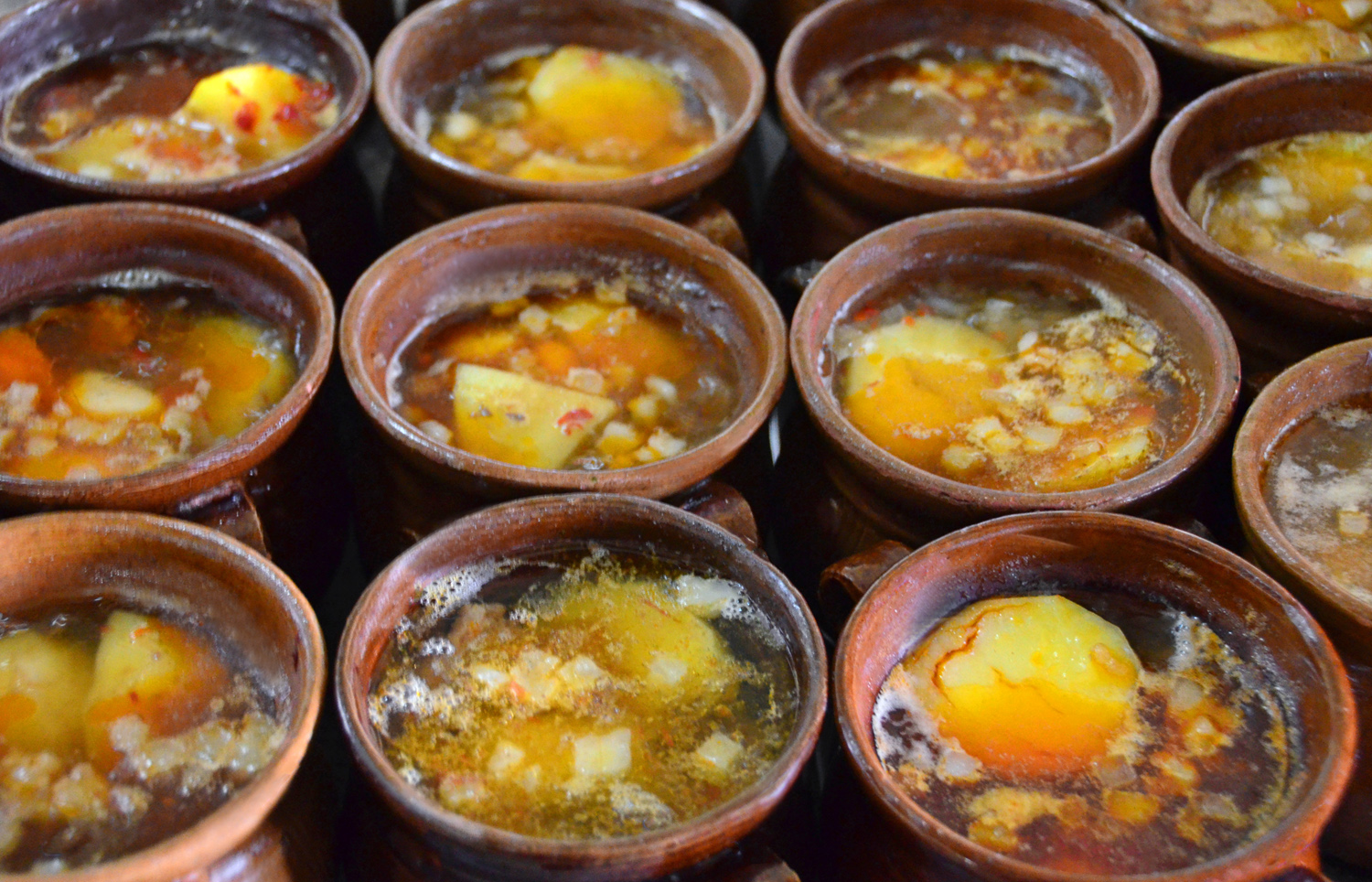 In Lonely Planet‘s Central Asia travel guide, the Eating section for Tashkent starts as follows: “You’ll eat better in Tashkent than anywhere else in Uzbekistan and perhaps even than most of Central Asia as a whole.” Although the authors seem to take into consideration some Italian and sushi restaurants about which I couldn’t care less, there’s still some truth to the general sentiment. To start, it is undeniable that Uzbekistan has the most remarkable cuisine of Central Asia — there’s a reason why Uzbek restaurants have popped up in several countries around the world, while Tajik, Kazakh, Turkmen, and Kyrgyz joints remain virtually unheard of. Then, Tashkent is by far the country’s largest city, its capital and economic center, with a population over 4 times that of Samarkand and 8 times that of Bukhara. In fact, it’s the largest in the whole of Central Asia. As I’ve said before, this is a place where you’ll actually see everyday people shopping, hanging out in parks, eating in restaurants, and partying in nightclubs. Did I eat as well in Tashkent as I did in Astana or Almaty? I can’t tell for sure, but I’d say it’s a close call. And Tashkent definitely has the best Uzbek food of the three!

So let’s slowly make our way through a few iconic Tashkent restaurants, as we leave behind Chorsu Bazaar (where in the pictures below, a plov is being prepared in a large wood-fired kazan, with the meat and vegetables buried under the rice). I’ve already covered some of these places, to a certain extent, in my article for MUNCHIES and its announcement on this blog, so you might want to read those first. Here I’ll focus on the parts of the story that I haven’t told yet.

Remember that melons were inexplicably banned from all Tashkent markets? Well, the vendors didn’t have to go very far to get right with the law. Here they are, on some adjacent street!

And I may have missed Chorsu’s bread hall, but only a few blocks away in the old town, there’s a bakery that specializes in samsas. The pastries, often but not always triangular, are filled with chopped meat or vegetables (mostly pumpkin) and cooked in a tandoor oven. I don’t envy the poor cooks who spends their days in front of the tandoor in the already considerable heat of the Uzbek summer.

After a look at the Kukeldash Madrasah and/or the circus (depending on your cultural interests), head to the National Food Restaurant, an establishment that scores low on decor but high on local color. As you walk through the entrance, take a look at the salted meat drying overhead. Lonely Planet claims they’re “goat parts” and this is certainly possible; they look like offal and fat. I just don’t know any Uzbek dish that calls for such a delicacy — kuurdak, maybe?

The main attraction is the giant table in the main room, where over twenty women prepare the naryn, a salad of cooked pasta and boiled horse meat cut into a julienne and garnished with a slice of kazy (again, see my MUNCHIES article).

To better imagine the scene, here’s a video shot by my travel companion Valnoir, showing the three steps of the process: slicing the pasta, chopping the meat, and tossing both with oil to assemble the dish to order.

Several of the dishes at National Food Restaurant are prepared in giant kazans. The lagman, usually a soup with thick noodles, meat, and a lot of vegetables, is quite different here. It’s a pasta dish rather than a soup, and the noodles are coated in a thick tomato (and red pepper?) sauce, with a few strips of beef. When served, it’s topped with thinly sliced onion, chopped herbs, and… julienned omelette.

Then there’s the greenish-brownish paste below that looks like cat vomit (from a lot of cats), called khalim. This rather unappetizing dish has no reason to taste bad, though. It starts in the most inconspicuous way: chunks of lamb are stewed with spices and vegetables such as onions and carrots. But things then take a curious turn when cooked bulgur and lentils are added to the kazan, and  the whole thing is turned into a purée using a giant commercial immersion blender, or some Uzbek elbow-grease-heavy substitute thereof. Sounds like something you should threaten kids with: “If you don’t study, you’ll end up stirring khalim for a living!” Stalik Khankishiev does make it look much nicer.

There’s more… Some of the kazans contain kiftas (meatballs); dolmas (vegetables stuffed with meat); meat, sausages, and potatoes, stewed in rich broth, to be later assembled into dimlama (braised meat, potatoes, and vegetables) or dolma shurpa. I hear that they also make plov and beshbarkmak. You could spend a whole week there tasting all the Uzbek specialties, prepared right before your eyes.

Just outside the restaurant, kebabs are grilled on a narrow and very long mangal. There are lamb kebabs where chunks of lean meat are alternated with pieces of fat, and lyulya-kebabs, made from ground lamb. This is just the tip of the iceberg, as Uzbekistan offers a huge variety of meat on skewers, including some more exotic options such as zhigar-kabob (liver alternated with lamb fat), or katlama-kabob (lean beef meat alternated with beef caul fat).

Here’s another video by Valnoir, showing the chef manning the mangal. It’s also worth noting that while National Food Restaurant uses the traditional coal-fire barbecue, some kebabs can be cooked in a kazan, in a tandoor oven, or even in a steamer.

For your next meal (or maybe for the next day), hop on the subway or into a taxi to eat at the Central Asian Plov Center. I’ve already talked about it extensively in MUNCHIES too, but the simple experience of eating their delicious plov freshly scooped out of the steaming kazan, is not to be missed. The plov served when I was there — the “wedding special” — was slightly different and more varied than recipes I’ve tried elsewhere: lamb meat cut into small pieces, yellow carrots, chickpeas, and barberries could be optionally complemented with slices of kazy (horse meat sausage) and hard-boiled quail or chicken eggs. The menu mentioned another kind of plov made with the famous Kyrgyz Dev-Zira rice (though otherwise very similar), but the “wedding special” was the only dish available that day.

We tried other eateries too, but they left less memorable impressions. Caravan, for example, is a themed restaurant with overloaded kitschy decor that the owners call traditional, complete with paintings for sale and an attached store. This is a place where you’re likely to meet whatever handful of tourists is present in Tashkent at the time. That being said, it does offer some original and well-prepared Uzbek dishes. It looks like a new place called Afsona (which I haven’t tried) is trying to add a contemporary twist to Uzbek cuisine, with imaginative takes on classics. Definitely something to try on my next trip!

But we’re leaving Tashkent now, heading to the border to spend a few days in Tajikistan (see my Tajik Adventures). In my next post, we will come back from this mettle-testing journey, taking the long, long road from Dushanbe to Bukhara.