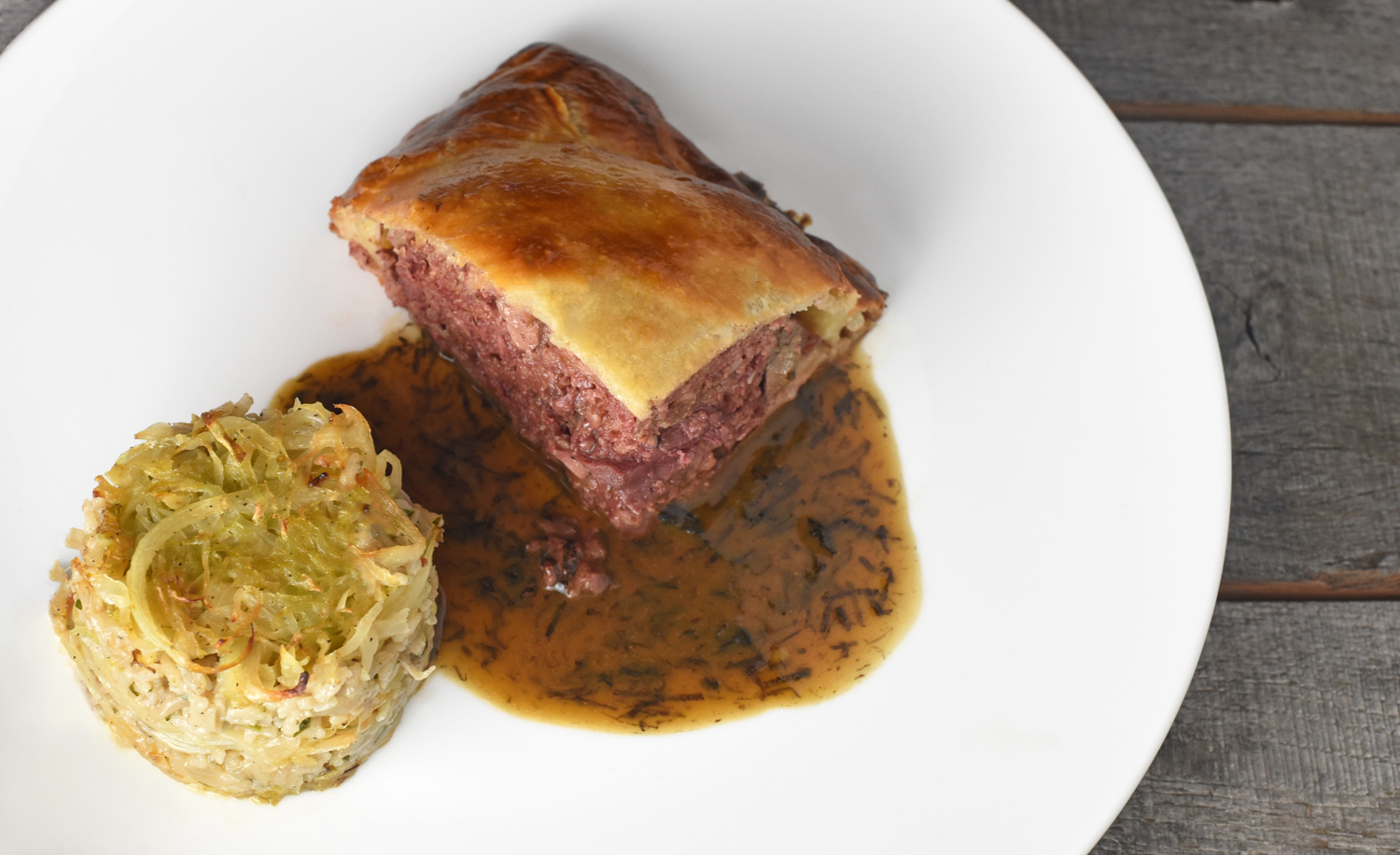 Despite my original intention to go to the Finger Lakes for the January duck season like I did last year, I ended up making other plans. My only waterfowl hunting trip this season has been a weekend in the Thousand Islands region with the usual Bill Saiff Outdoors crew, but it was a productive one. A year earlier, around the same time in October, we had been mostly sitting quietly and admiring the foliage, calling the occasional duck, and rarely getting an opportunity to shoot. This time was the complete opposite. We got our fair share of action, even bagging our limit before mid-morning — the only drawback being that we then found ourselves staring at the ceiling of the legendary West View Lodge for the rest of the day.

Back home with my share of duck meat (mostly Mallards this time), I decided to start exploring La Cuisine du Gibier à Plumes d’Europe by Benoît Violier, a fabulous tome with over a thousand pages of sumptuous game bird recipes but sometimes bizarre and dated pictures. Violier isn’t any ordinary cookbook writer; he’s an avid hunter who seemingly shot every small and wild game ever known to man, and he’s considered one of the world’s best chefs. Or, well, he was, until he committed suicide two years ago.

In a chapter dedicated to his hunting escapades throughout Europe, Violier prepares his catches from each European country using local ingredients and recipes, revisited with his own perspective. His Romanian entry features a greylag goose and foie gras pâté pantin (a pâté baked in a pie crust), which I thought would work just as well with New York Mallards. Now, I can already see the inhabitants of Romania — a country that isn’t known for its haute cuisine — scratching their heads, wondering what a pâté pantin could possibly be. But since nobody seems to have asked Violier what made this dish Romanian, we’ll give him the posthumous benefit of the doubt, and serve it with a couple of sides that scream Romania a little bit louder…

And so I turned to Romanian Dishes, Wines and Customs by Radu Anton Roman, one of the very few authoritative books on Romanian cookery. A journalist, notable epicurean, and cooking show celebrity, Roman died of a heart attack over 10 years ago, before he even reached 60. I extracted from his cookbook two recipes for “Cluj-style” vegetables — cabbage and green beans. This time, though, the recipes were a bit too Romanian, and I chose to tone them down:

Violier recommends serving the pâté with a salmis sauce base, and I’ve followed his advice by creating a truffle salmis sauce. The black truffle is optional (and probably as Romanian as pâté pantin), but it’s an appropriate complement to the wild duck’s gamey flavor. With the foie gras, it also makes a worthy homage to the late Violier and the late Roman, two chefs who probably never suspected that offspring of their creations might one day share the same table.