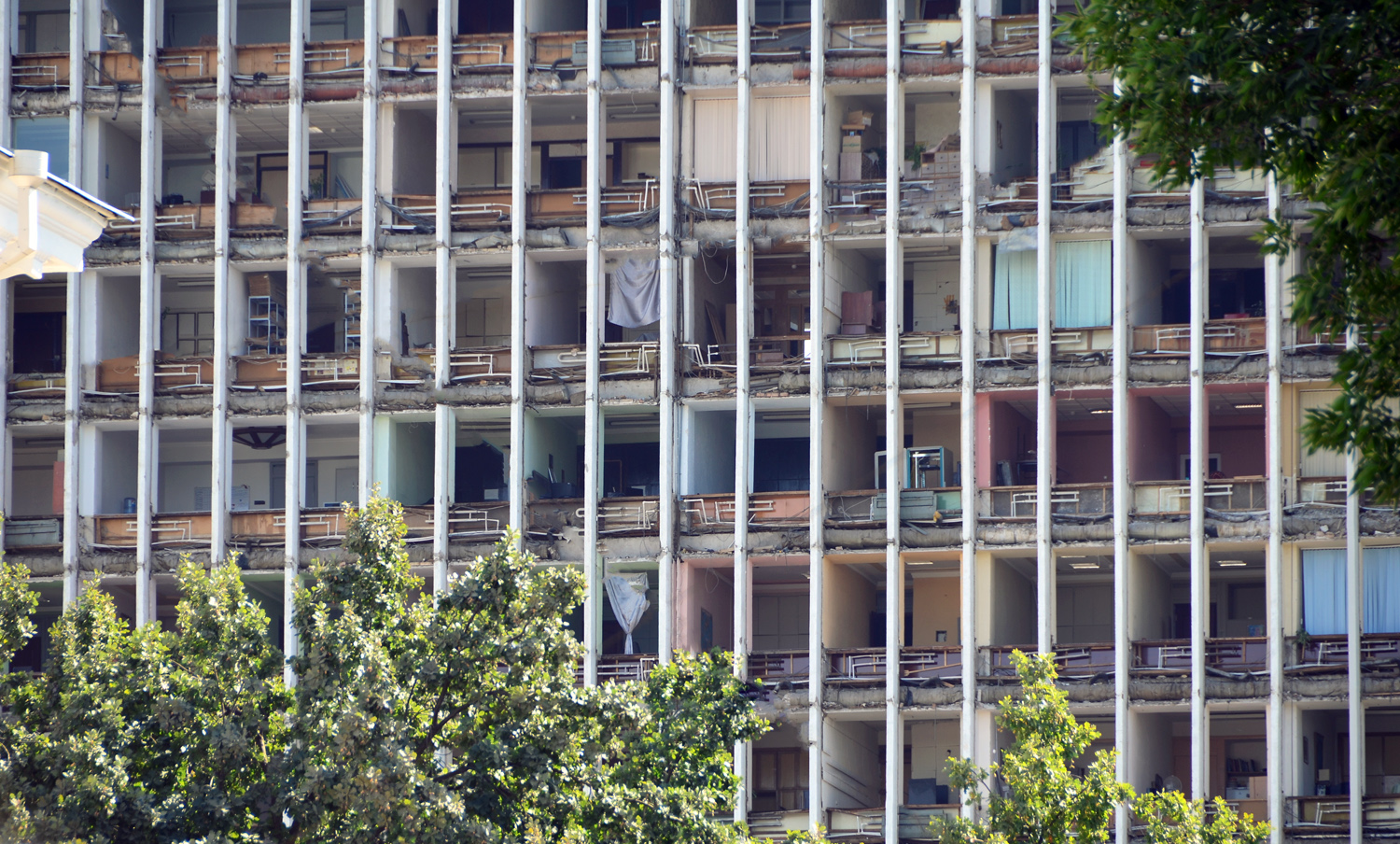 It’s hard to believe that my visit to Uzbekistan dates back to 2012. It feels like I was telling you about my Tajik Adventures only a few months ago, with the intention to follow up shortly after with my Uzbek Adventures, which were part of the same trip. Luckily, things don’t change very fast in Uzbekistan. Yes, former president Islam Karimov, after over 25 years as the head of the country, died from drinking too much vodka at a reception for the country’s Olympic team, but it was only a year and a half ago and reforms take time. On the food stage, the restaurants I talked about in my Tashkent Adventures on MUNCHIES — the Central Asian Plov Centre and the National Food Restaurant — both still exist. Some of the information I’m giving you today might seem old, but the aging Homo Sovieticus from the remote corners of the vanished Empire, when still alive, hasn’t change skin, and the anecdotes remain. Is Tashkent’s Chorsu Bazaar any less vibrant, the plov any less greasy, the Uzbek customs officer any less corrupt, and the road vehicle any faster? I don’t think so — at least not by much!

So just as I did with Tajikistan, I shall start this series off with a few things you should know before heading to Uzbekistan. Survival is a notional word here: cities like Bukhara and Samarkand see hordes of tourists who manage just fine, and I haven’t had the chance to visit an Uzbek hospital. But solo travelers might still find my experiences quite instructive. 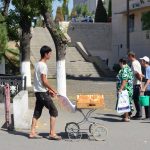 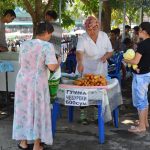 Sadly, you still need a visa to go to Uzbekistan (unlike Kazakhstan and Kyrgyzstan). Your favorite travel site or guide can give you the latest details, but for New Yorkers, applying for an Uzbek visa means taking part into a curious ritual. Every weekday morning (except Fridays), a small group forms silently at the entrance of a nondescript Midtown office building. Few words are exchanged, certainly none of them in English, and after being told by the doorman that you have to wait until 10 am to gain access to the 20th floor where the Uzbek Consulate holds court, you might be tempted to ignore everyone else all together.

DON’T! Unbeknownst to you, this seemingly disorganized crowd is forming a carefully sequenced line, and the order is preserved on a sheet of paper circulated within the group. You’ll want to get your name on it, otherwise you’ll end up being last! And it’s only going to get messier from here… As the elevator doors open onto the 20th floor, you all pack yourselves into a tiny hallway, while the only slightly larger consular office lets one or two people in at a time. Usually, a good Samaritan (who’s not a consular employee) stands by the door with that sheet of paper with everyone’s name, and calls people in turn. What happens on days when nobody’s made a list, or nobody wants to play the good Samaritan? Does everyone just push, kicks, and punch until they get through the door, in some bizarre Uzbek variation of Black Friday? I’ve never had a chance to find out, so I won’t complain.

The most absurd thing in all this is that most of the people in line will not obtain what they’re ultimately looking, especially not on their first visit. Some of them are there simply to get information that’s not available on the frugal and confusing web site or by phone (nobody answers the office phones). Some have only half of the paperwork required, probably for these very reasons. And others were given visa pick-up dates that came and went without hearing back about their applications, and have had to come back just to ask what’s going on (again, because no one answers the phone) . Eventually, though, you should get a little piece of paper like the one below glued into your passport. You’re ready to go! 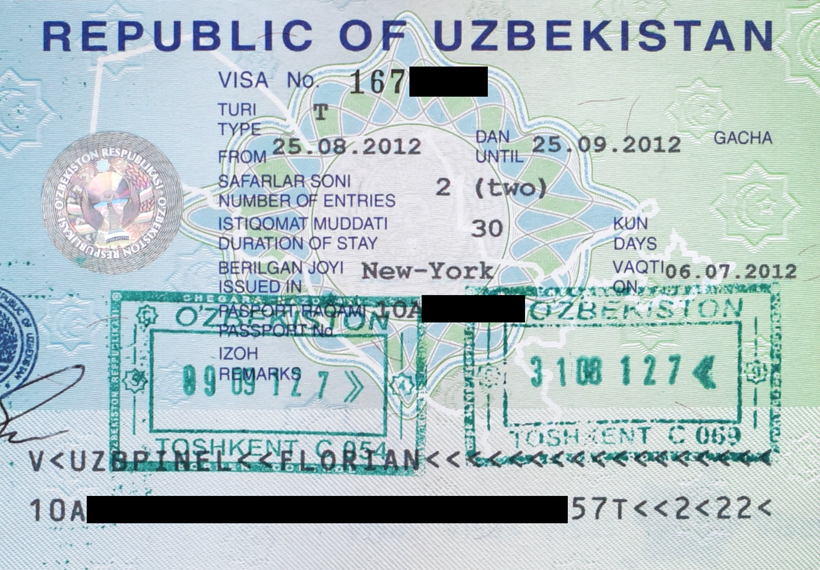 There are a few New York-Tashkent direct flights on Uzbekistan Airways (some with a stop in Riga, of all places, and now some completely direct at certain times of the year). Someone even thought you might want to see what the flight is like and posted a 100 minute long video on YouTube. Still, it’s way more convenient (and cheaper) to pick one of Aeroflot’s many flights via Moscow. Once upon a time, I made the trip through Kiev, but this doesn’t seem to be an option any more — too many separatist simpletons skeet shooting at the eastbound passenger planes, maybe? Europeans will have considerably more choices, with flights going even to Samarkand and Bukhara. Yet while Tashkent may not offer the same architectural treasures, I highly recommend it for catching a glimpse of what life’s like in Uzbekistan’s capital and largest city.

Entering Uzbekistan by air is somewhat slow but painless, the most noticeable hurdle being the customs form. The only people who seem to know how to fill it out properly are the customs officers themselves (especially when the only version left is in Uzbek), and you have to keep it with you, in your passport, until you leave the country. All in all, no big deal. But try to leave or enter the country at one of the land border crossings, and that little piece of paper becomes an object of exaggerated attention. I’ve had a customs officer yelling and forcing everyone wanting to enter Uzbekistan to redo their customs form until they got it right, with the additional threat that he was rapidly running out of blank forms (in any language) and would have to go get more at another border crossing hours and hours away (see Getting Around below). Add to this that he had decided to search every piece of luggage by hand instead of using the X-Ray machine. You can see how you might be there for a while.

At a different land crossing, the officers saw in the customs form the perfect opportunity to extort bribes. Didn’t fill yours out correctly? Let’s search you, scare you a little, and see if you won’t part with some of your cash. Lost your entry customs form? Oh boy, you’d better start giving up your money! But, if you stall long enough, they’re likely to lose patience and let you go — corrupt officers are lazy, as there’s always a good chance than the next victim will yield more easily than you.

I wish I could show you some pictures of a border crossing, but I had to delete mine in order to walk away without paying a bribe. So here’s some Soviet art and architecture instead. 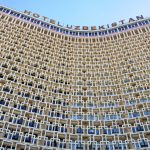 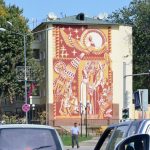 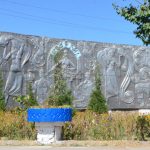 The Uzbek travels at a leisurely pace (though the same could certainly be said about other countries in the region: Kazakhstan seems about the same to me, and Tajikistan is probably worse). Outside of the main transportation axes (such as Tashkent-Samarkand-Bukhara), progress is slow. The quality of the roads I’ve seen is fine, at least where I happened to be traveling, but nothing like a modern highway. The large proportion of old Ladas and other even more archaic forms of vehicle slows down the faster drivers, and you’ll be lucky if you drive an average of 60 km an hour. Anyway, you probably won’t be the one driving, as renting a car without a driver is almost unheard of.

But what really makes the Uzbek roads stand out is the constant random stops by the police. In Sovietland, it used to be that the road police only annoyed drivers at well-defined checkpoints, and sometimes they didn’t even bother getting out of their little GAI shacks. In today’s Uzbekistan, there are road checkpoints all the time, and I’ve seen them check the passports of all the passengers of every single car. You can be checked twice within less than five minutes — it never ends! Sometimes you even have to scan your luggage in an X-ray machine because the cops have grown wary of their shady drug-trafficking neighbors (i.e., other countries ending in -stan, pick one; Uzbekistan has the dubious honor of being the only country in the world entirely surrounded by other countries also ending in -stan). During my trip from Dushanbe to Bukhara, which took an entire day, we had to show our passports over a dozen times (not even including the official customs point)! Since you’ll probably be in a taxi or other vehicle with an Uzbek driver, at least you can let him talk to the cops. I’m sure it saves you a few bribes here and there. (I’m also reading now that new president Mirziyoyev has curbed the officials’ taste for bribes). 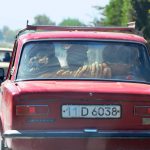 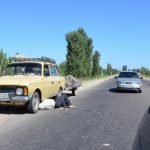 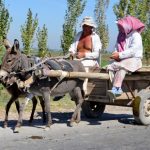 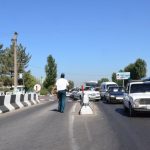 The Uzbek currency is called som, which means pure in Uzbek. Pure what, I wonder. “Pure gold,” says Lonely Planet, referring to a long-gone era. In September 2017, the government liberalized currency regulations, reset the official exchange rate to a value close to the black market rate, and finally introduced much needed 10,000 and 50,000 som banknotes. But back in 2012, the situation was a bit more exotic. Dig if you will the picture: it’s not rare to see people go grocery shopping with plastic bags full of cash. Indeed, with the largest note 1,000 som (worth less than 50 US cents), you need hundreds of bills to make routine purchases. In fact, stores keep their money in bundles of 100 bills, and as in other countries that have fallen victim to hyperinflation, everyone has mastered the art of counting money by hand really fast, while we, clumsy tourists, take forever to get exact change. You can’t withdraw money from an ATM — obviously, the machines would run out of bills in mere minutes. With rampant inflation, there are people seeking to change money on the black market everywhere, and taxi drivers, ever eager to help the confused traveler, have converted their cars’ trunks into exchange bureaus half-full of cash.

That new 2017 reform must have been a life-changer for sure! 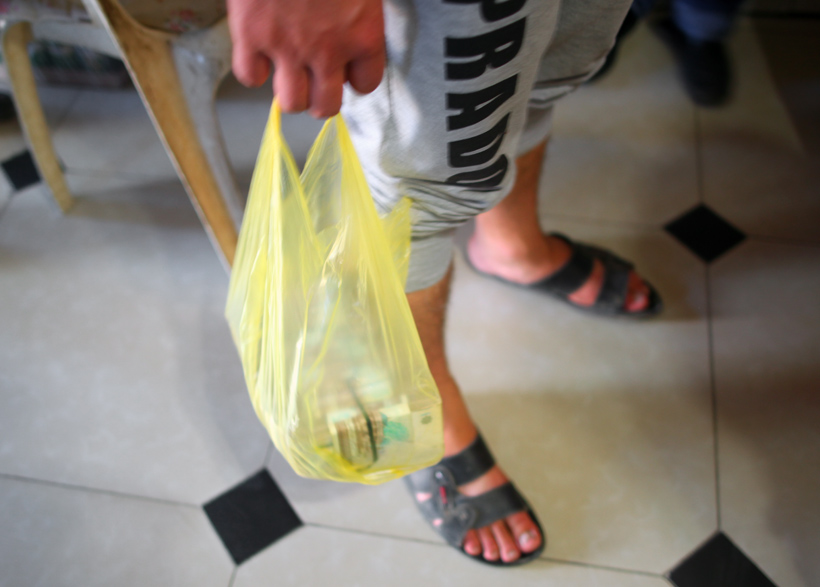 But the Uzbek is no Tajik. Unlike his neighbor, he can smile. He usually knows street addresses or directions, and there’s enough police presence everywhere (not only on the roads, but also in the cities, always looking to stop you to check your passport) that you can hardly get lost, neither literally nor figuratively. Unless he wears a uniform, the Uzbek generally thinks like you.

Next time, with all this practical information out of the way, get ready for a small culinary tour of Uzbekistan! Tashkent, Samarkand, Bukhara, plus a few stops along some dusty roads. No Silk Road architecture here — sorry, this isn’t that kind of blog. We’ll start with Tashkent’s amazing Chorsu Bazaar, a crash course on Central Asia under a very Soviet dome! 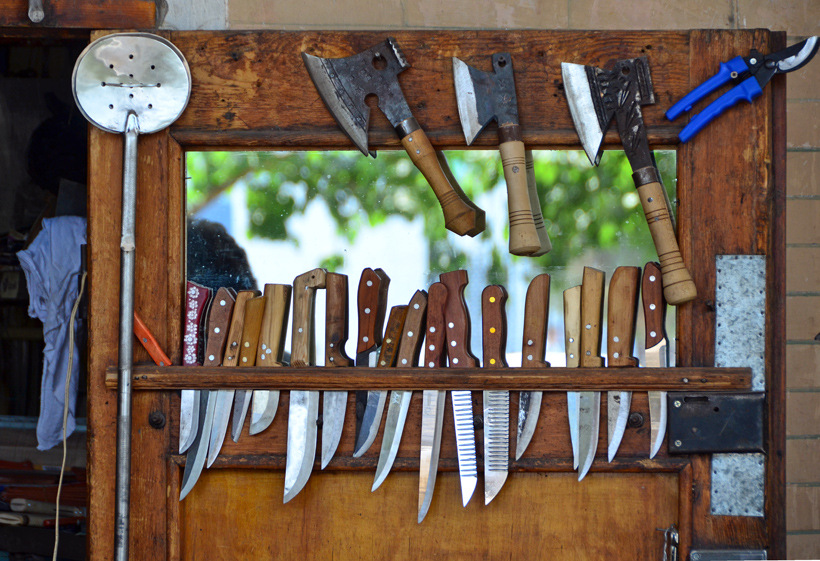