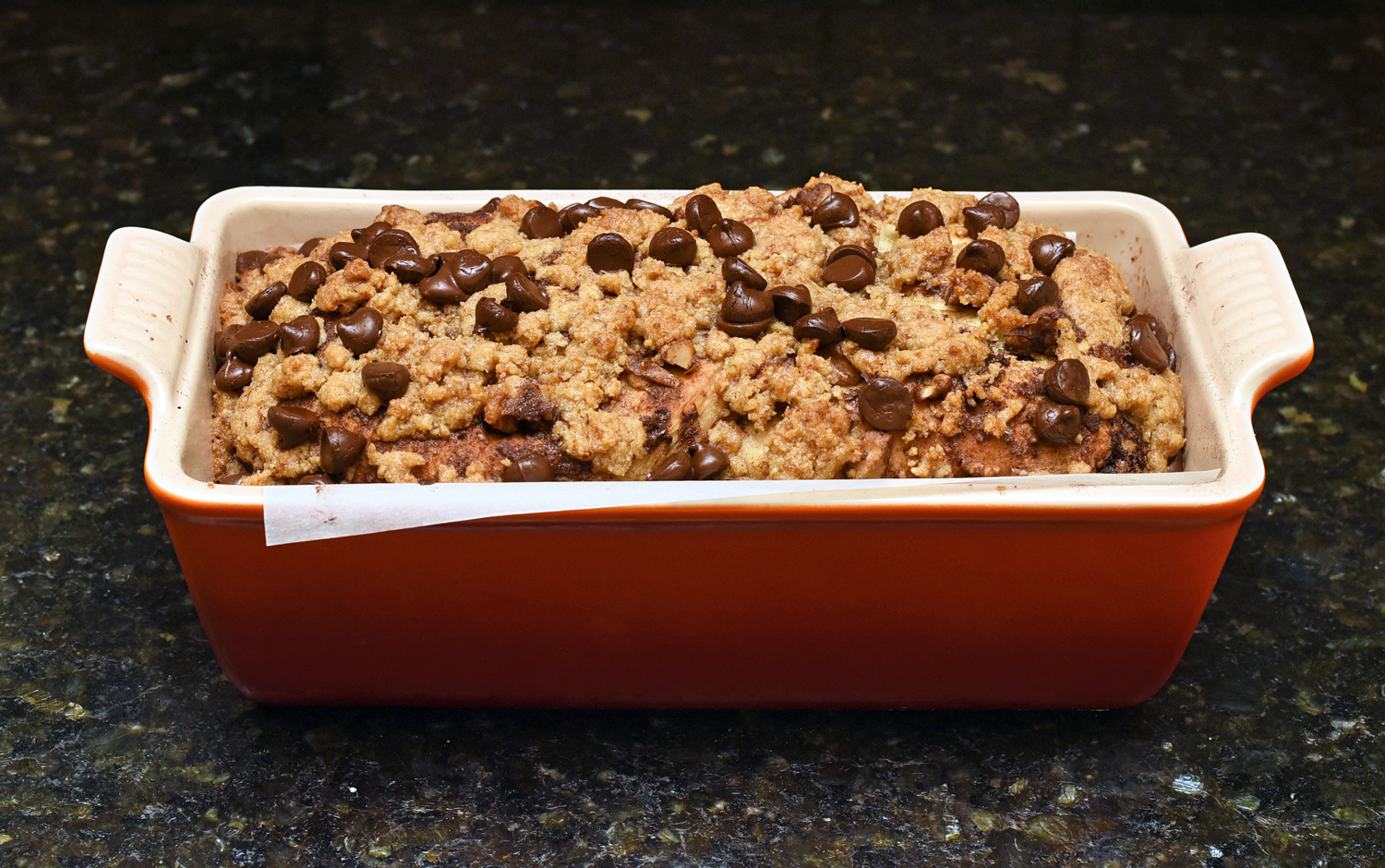 Back when I posted my Apple, Vodka and Birch Syrup Babka with Cranberry Mors Sorbet, I touched briefly on the history of babka. Still, it’s worth noting here that this yeast cake from Western Russia, Poland, and Ukraine gave birth to many variations, some of them dramatically different from the original. After reading through a great number of Eastern European babka recipes, I can basically sort them into three categories:

Meanwhile, the babka’s popularity spread beyond Eastern Europe. The New York Jewish babka is a relatively close descendant of the original. It’s made from a yeasted dough with high egg and butter content, but the shape and the fillings have changed. Instead of dried fruits, cinnamon and chocolate have become the flavors of choice. Rather than being just mixed in the dough, they form layers, which requires changes to the way the cake is assembled: the dough is now rolled flat, covered with filling, rolled tightly, and folded to fit in a loaf pan.

While I was touring Jewish bakeries to research bialys, I also tried a few of the babkas sold by these venerable institutions. Many don’t make their own, and rely on commercial bakeries like Green’s — which explains why you can taste the exact same babka, with different labels, coming from different stores, often without even realizing. This is the case with Kossar’s. While I don’t know who actually makes it, their babka is fairly canonical. You can see plenty of thin layers, the loaf being clearly made by stacking two logs of rolled dough one on top of the other. The dark layers are quite generous but made with cocoa powder rather than chocolate. It’s not bad overall, but it’s too sweet, with a sticky mouthfeel that makes you thirsty. I like it slightly better warm.

So then I turned to Jewish cookbooks. There’s been a sort of babka renaissance in New York lately, but I’ll keep it for another post. Foremost, I wanted to crack the nut of the traditional chocolate babka, which is how I came across the book A Jewish Baker’s Pastry Secrets: Recipes from a New York Baking Legend, released a couple of years ago. Here was exactly what I needed, recipes so steeped in tradition that the author died before finishing the book (it was completed and published by his daughters). Recipes from a New York baking legend! Certainly, an illustrious baker whose babka must be sought the world over, his name on everybody’s lips: George Greenstein.

Well, all I can say is that for a New York baking legend, he must have been pretty discreet. He did win a James Beard award for his previous cookbook, published in 1993. However, he retired ages ago and the bakery he owned on Long Island has been gone for so long that the Internet itself doesn’t even remember it. The complete lack of references to Mr. Greenstein for anything other than his two books suggests that he was a legend mostly in his family kitchen. For the rest of New York, he must now be more like a myth, with very few living people able to claim to have tasted his elusive babka. Think I’m exaggerating? If you knew George Greenstein (and your last name is not Greenstein), please leave a comment.

But never mind how famous his babka was or wasn’t, the recipe has now been immortalized on paper, and anyone can give it a try!

Wait, wait, wait… It’s not so simple. In fact, it has to be the most complex babka recipe I’ve ever seen in all my research. As a good retired bakery owner, The Legend wrote his recipes as if he was still running a commercial Jewish bakery and was expecting you to do the same. There are several base preparations that a bakery has on hand at all (or most) times: streusel, almond paste, cake crumbs… You probably don’t have them at home. As a result, Greenstein’s chocolate babka recipe references no fewer than seven other recipes. Some of the referenced recipes are nested like Russian dolls: the babka requires processed almond-paste filling from page 32, which requires pure almond paste from page 31 and cake crumbs from page 42. And did I mention there are no pictures in the book? To make matters worse, every recipe is written with totally different yields, so you can be sure to end up with leftovers from every intermediary preparation. There are also errors in the yields, in the ingredient amounts, and in the instructions! I could do a favor to mankind just by rewriting this recipe legibly, because I would almost be willing to bet that nobody but me has ever made it as it is written now.

There’s also another problem. This is a recipe that packs all the flavors of a pastry shop into a single cake: chocolate, orange, cinnamon, nutmeg, vanilla, almonds, walnuts, crumbs… Many flavors are declined into multiple ingredients or preparations: the orange flavor comes from orange marmalade, orange zest, and orange juice; the chocolate flavor comes from melted chocolate, chocolate chips, and cocoa powder. There’s also milk, milk powder, and sour cream, which aren’t completely redundant, but each can only make a very marginal contribution. I counted about twenty ingredients in total. Not surprisingly, the resulting flavor profile is a mess.

And yet… it’s actually a pretty good babka with a lot of potential. Here’s what like best about it:

Then there are the things I needed to fix:

Im so excited to try this recipe out! Amazing reproduction! Thank you

I’m a George Greenstein fan — he’s not famous, perhaps, but he was a bridge to an earlier era of NY Jewish baking. “Secrets of a Jewish Baker” (his first book) has what I feel are definitive recipes for challah and black & white cookies, and a number of minor recipes (like the one for crispy breadsticks) are also quite good. The ebook version goes on sale periodically for a few bucks — well worth picking up.
His second book was finished by others from his writing and notes. It might have been a better book had he lived long enough to complete it. (Or he had a great editor for the first who pushed him to make his recipes better — who knows?)
Yes, the recipe within a recipe within a recipe is a real pain since I don’t keep a stash of cake crumbs in my freezer. Making everything come out even is a bit much to ask though, because the same component recipe is usually used in different amounts by different recipes.
My babka collapsed as well. There’s probably a trick that he didn’t get a chance to write down.