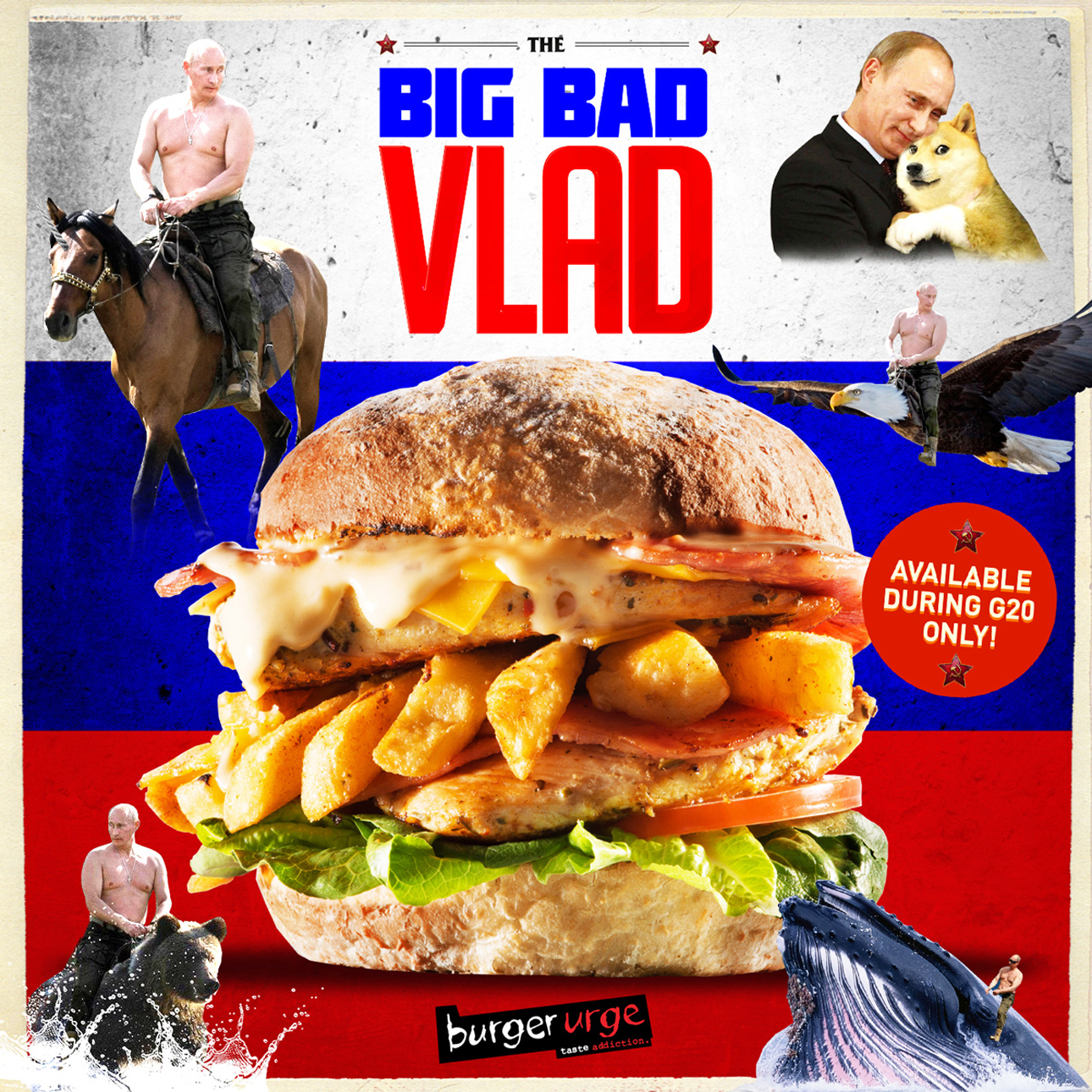 It’s been almost three years since we last took a look at what Vladimir Putin eats. As usual, news is scarce, the media preferring to focus on unverifiable hacking and other interference rather than hyper-factual, undeniable menu contents. Putin himself has sometimes asked journalists to let him have his meals in private because he loses his appetite in front of cameras. Still, there’s hope that his reelection next year will bring a few articles on the grand inauguration festivities for what might be the last leg of his reign. In the meantime, I’ve been able to dig up some older material that I had not yet covered.

This first item was never eaten by Putin (that we know of), but it bears his name and was somewhat profusely circulated by the media at the time: the Big Bad Vlad Burger. Think of it as the burger equivalent of the Vladimir Poutine. The dish was invented by Burger Urge for the G-20 summit in Brisbane, Australia, back in November 2014. According to the gourmet burger chain, this beast of a sandwich, served only for the duration of the summit, consisted of “two presidential chicken breasts, two ruthless rashers of bacon, thick cut KGB style chips, two oppressive slices of cheese, Siberian lettuce and regular old tomato, all topped with a shirt-fronting of sweet chilli mayo.” The owners even had a message for the Russian president:

Vlad, on behalf of Burger Urge, we challenge you to come up here and try your burger, and when you do I’m pretty sure you’ll need more than two warships to carry you home, mate! 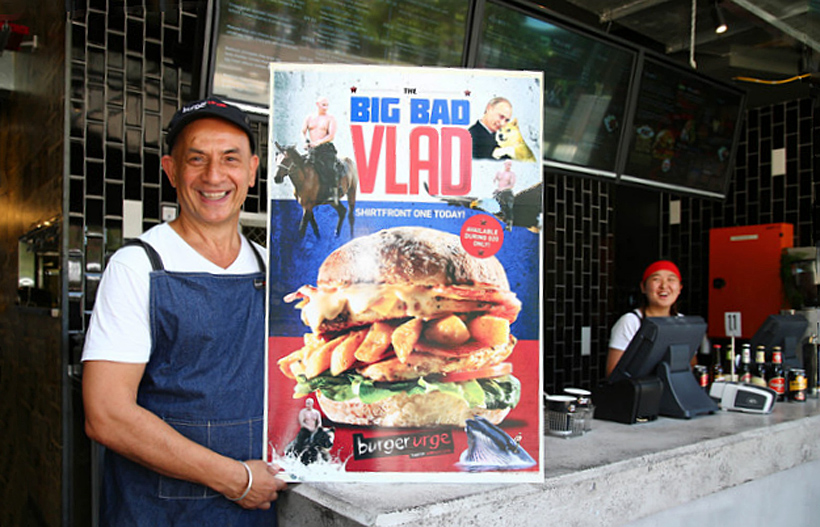 Need a drink with that? The Pony Dining Brisbane created the Disputin Putin cocktail: Kettle One Vodka, sweet vermouth, orange zest, and passion fruit stirred over ice. Apart from for the inevitable vodka, the inspiration is less clear here.

The G-20 summit itself also had its very own faux-Russian dish! The Brisbane Convention and Exhibition Centre’s head chef Martin Latter revealed that one of the desserts served to the world leaders would be Pavlova, a meringue-based creation that hails not from Russia, but Australia or New Zealand (depending who you believe).

Next, since I don’t have any food-related news coming from the Kremlin, let’s head to neighboring Belarus… In this article, president Lukashenko gives his diet advice: find time to do sports every day, and if you can’t, “stop stuffing your face!” More sage advice: “For breakfast, no more than three eggs and a cup of coffee. For lunch, vegetable soup, and you can afford a piece of meat to fulfill your male responsibilities. And in the evening, tvorog, and that’s it.” But Lukashenko claims to always find two hours a day for exercise, so he doesn’t really have to taste his own medicine. One might ask, “What do you eat then, Mr President?” His answer, according to this source: “I prefer fish to meat, black bread to white bread, my meal has to include fruits and juices… I love baked goods and ice cream […] but I have to limit myself.” Oh, and his mother-in-law makes him blini, eggs, milk soups, and draniki. 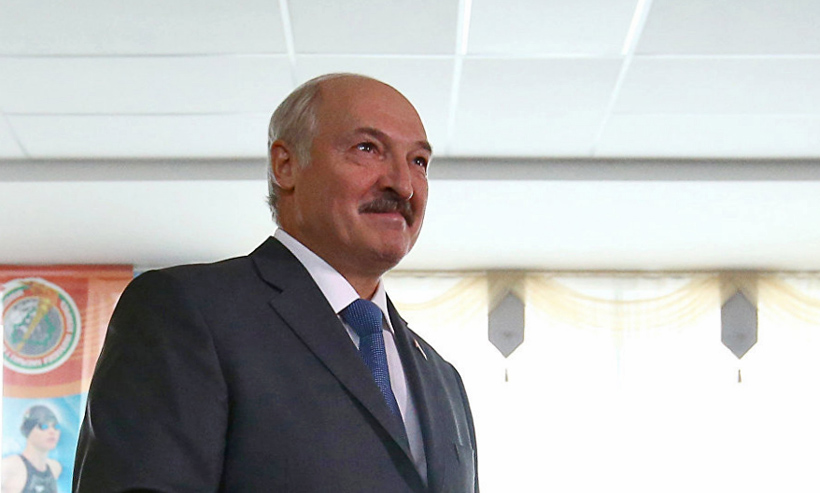 Back to Putin, the same source reveals a few of his previously unheard of culinary preferences — finally! During a trip to Petrozavodsk in 2014, Russia’s boss mentioned that he liked Karelian kalitki (little open-faced savory pastries made of rye dough and topped with cooked cereal). Of course, this sounds like just the right thing to say when in Karelia! Lastly, in what is perhaps a gastronomical explanation for Russia’s recent incursions, he also praised Ossetian pies and Tatar belish. America, you’d better watch out for the day when Vlad starts claiming he loves hamburgers — he might have more on his mind than just fulfilling his male responsibilities.