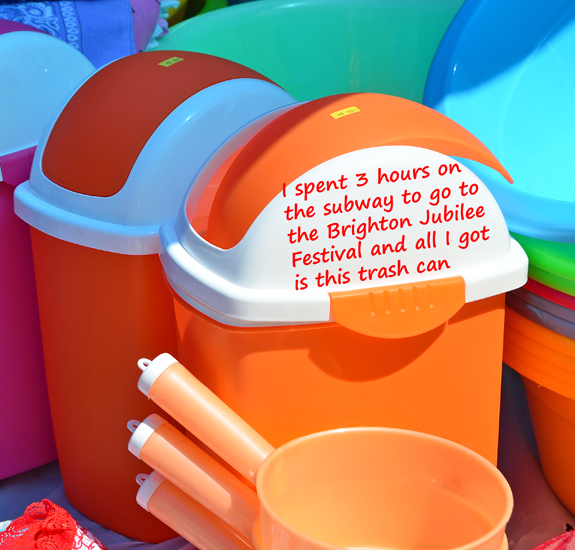 Last Sunday, I embarked with my little family on the journey to Brighton Beach, just to attend the Annual Brighton Jubilee Festival, in its 37th edition. My advice to prospective visitors in future years: don’t go.

For those of you who aren’t too familiar with New York, let me give you a little bit of background. There are no dollar stores on the Upper East Side, Upper West Side, or really most of Manhattan south of Central Park North. But we have street fairs. Lots of them! Pretty much every weekend, year ’round, and sometimes more than one at a time. For a few hours, these fairs give Manhattanites the opportunity to feel like the rest of America, shop for cheap crap, and indulge in mediocre pseudo-ethnic food.

One can have a taste of Paris, the tropical fruit capital of the world: 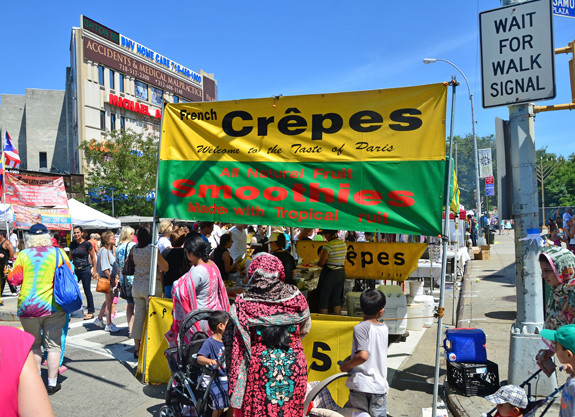 Or chew on a reheated kebab: 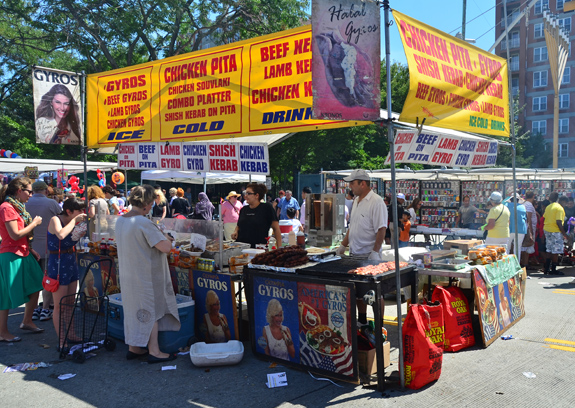 Or play survivalist and stock up on herbs and spices, with the dubious guarantee that the cinnamon powder won’t taste too different from the oregano leaves. 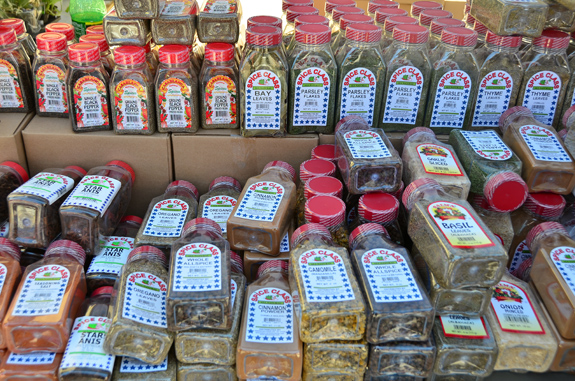 Despite changing locations and fancy names, these fairs are all exactly the same. The pictures above could have been taken this week or 10 years ago, in Manhattan, Brooklyn, or any other borough. Oh, and they actually cost the city money.

I was lured to this particular iteration of the street fair via an ad that my partner saw for it, in which it was specifically described as Russian. Brighton Beach, after all, is not called Little Odessa for nothing. The festival is even mentioned in Wikipedia for its celebration of this heritage. But unfortunately for us, there was absolutely nothing Russian about this fair other than many of its attendees.

What I also can’t quite understand is why anybody who actually lives in Brighton Beach would be interested in attending one of these fairs. If the locals want to buy junk or eat a bad kebab, there’s usually a joint around the corner that’s open every day and caters to their needs. And yet, regardless of my skepticism, the pompously named Annual Brighton Jubilee Festival copies the exact same model. In fact it seemed even larger than most of its siblings. 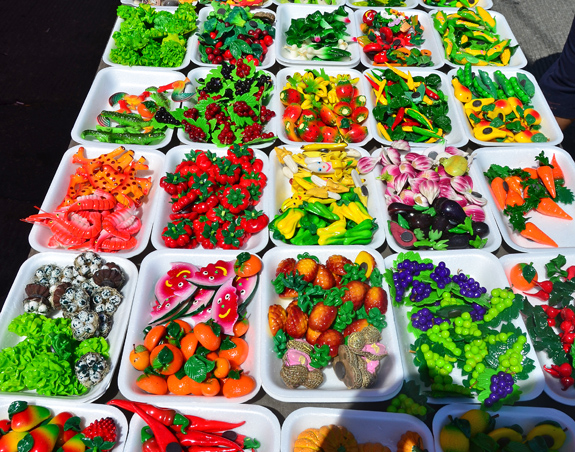 Here’s a selection of my favorite statements from their web site, compared with pictures of what’s really going on.

“…advertised in a range of English and foreign newspapers, both major and local editions”.

Seriously, I’d like to see some of these articles from major foreign newspapers — the Brighton Beach news, though published in Russian, does not qualify. Do they wax lyrical about the unique selection of plastic trash cans, fake perfumes, and NY T-shirts? 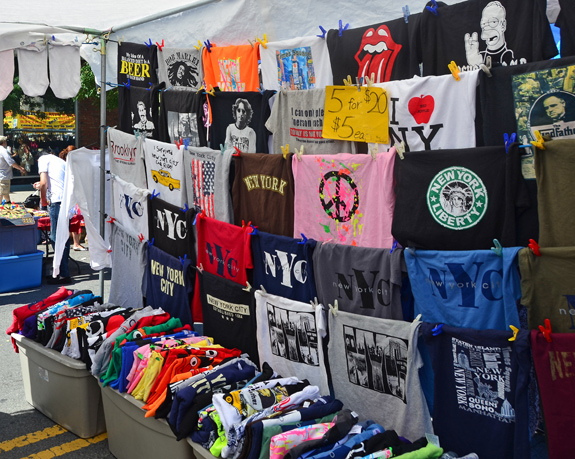 “… is dedicated to bridging the communication gap through the international language of music”. 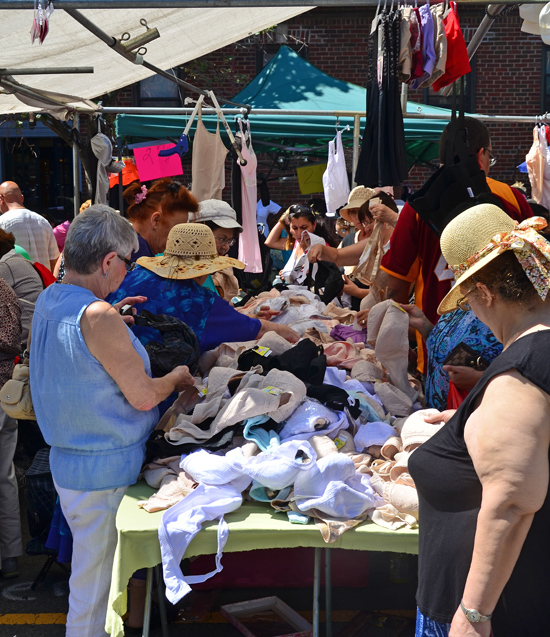 “a Brooklyn tradition that celebrates diversity”.

Hence the African masks! I get it now!!! 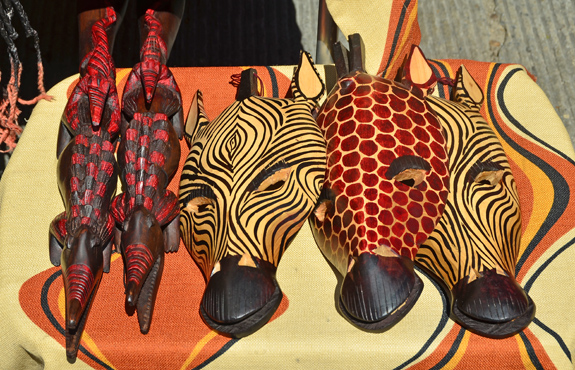 The date for next year’s “festival” is already set: Sunday, August 24, 2014. This leaves you plenty of time to plan something else to do that day. (And hey, if you like generic street fairs, there might even be another one along … in your own neighborhood.)