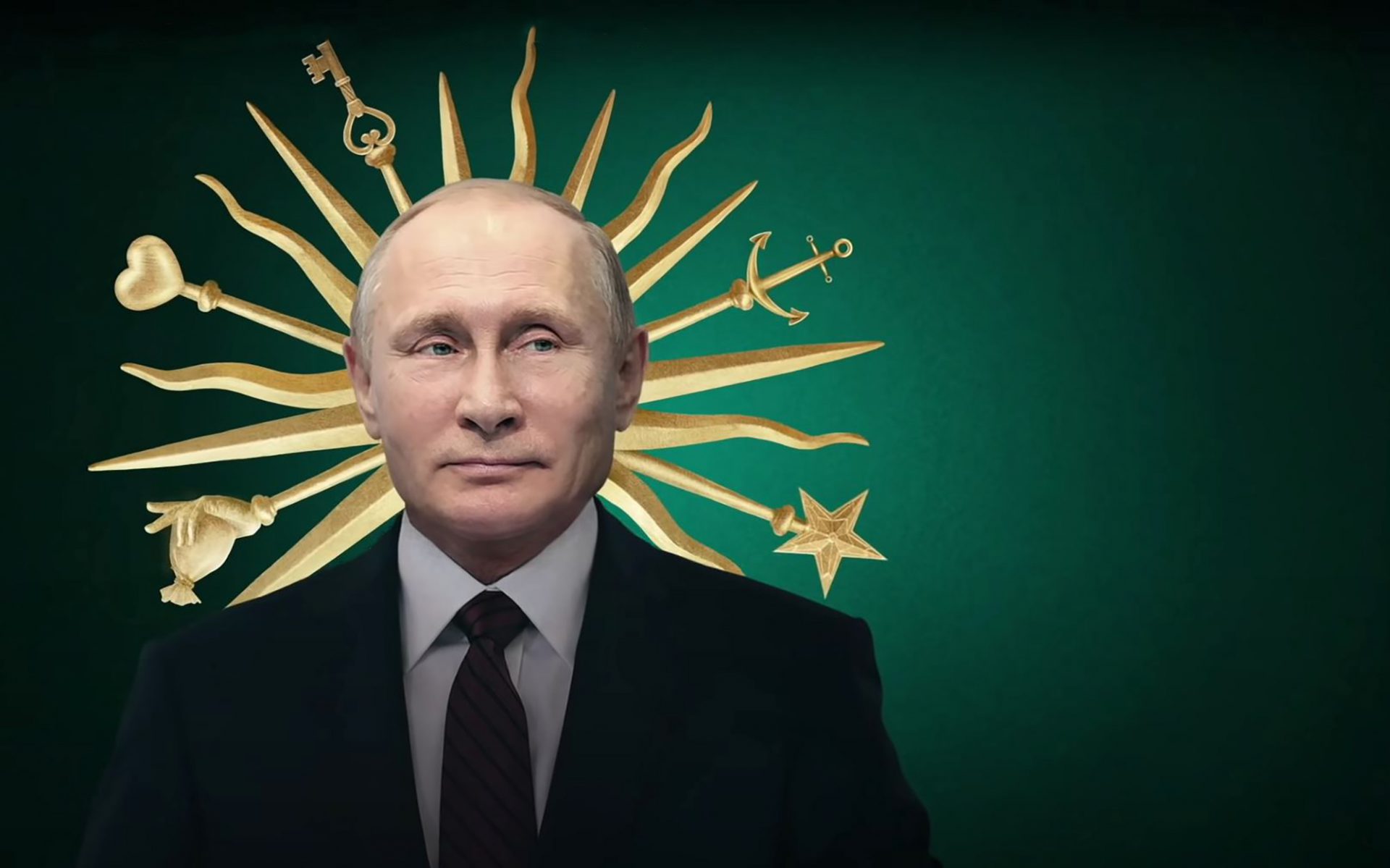 It’s been over two years since my last post on What Vladimir Putin Eats. I’ve often complained that it’s hard to find information about the meals served at the Kremlin. I’d almost given up, to tell you the truth. Then came Alexei Navalny’s 2021 documentary, Putin’s Palace. For almost two hours, the Russian opposition leader explains how Putin managed to collect what might be the world’s largest bribe to build his dream home for his retirement – before he decided to be president for life, that is. The palace, over 10 years and 1 billion dollars in the making, checks all the boxes on even the most demanding megalomaniac’s wish list: a church, a tea house, a movie theater, a hookah lounge, an underground hockey rink, and a state-of-the art winery called Divnomorskoye Estate.

I’ve actually tried some of Divnomorskoye Estate’s wines on several occasions, not because Putin invited me for a drink at sunset on the Black Sea, but because they were sold at Sheremetyevo Airport’s duty-free shop. The reds (Western Slope Red 2012, Cabernet Sauvignon 2014) left the impression of being well-crafted wines, with a pleasant but not overly complex nose, maybe not entirely worth the $30-40 price tag when compared to other Russian producers. At least now we know what Vladimir Putin drinks.

But there’s more! As part of his exposé, Navalny explains that Divnomorskoye Estate is the only wine served with meals at Kremlin receptions and official visits from foreign leaders. He mentions several recent examples, such as Russian holidays and Lukashenko’s trip to Sochi (around the 1:12 mark in the documentary). From there, I was able to track down more details about those events, with the full menus and even some images of the dishes, from various Russian news sites.

So let’s forget about Russia’s rampant corruption, jailed dissidents, and crushed demonstrations for a moment, and ask ourselves once again this ever-important question: what does Vladimir Putin eat?

Here’s what Vlad treated his Kremlin guests to for Victory Day, May 2019 (source):

Going further back in time and looking at official visits, below is the menu served to Chinese president Xi Jinping at the Kremlin in July 2017 (source):

And this is the menu created for the official visit of fellow autocrat Alexander Lukashenko, President of Belarus, in Sochi in December 2019 (source):

Each menu consists of 4 to 5 dishes, plus often a palate cleanser (sorbet; what’s up with that?) before the main course. Obviously it’s hard to judge food that I have neither tasted nor, in most cases, seen. But looking at the ingredients, it’s clear that the chefs make an effort to showcase a variety of sought-after products from the great Russia: Karelian trout, salmon, red mullet (presumably from the Black Sea), Kamchatka crab, Sakhalin sea scallop, sturgeon caviar, Voronezh beef, morel, persimmon, Antonovka apple (a cultivar that has its own monument in Kursk), mandarin…

The plating looks pretty enough, but the dish names on the menus are striking in their complete lack of flourish: salmon with carrot purée followed by chocolate ice cream could be the menu for a 10-year old; sea scallop with broccoli could be a dish to scare away that same 10-year old. Pancakes with caviar, beef and potatoes, protein with vegetable purée, salad followed by soup… It should perhaps not come as a surprise that the Kremlin has conservative food preferences – just look at most of its other preferences. There are a few exceptions, though, such as the persimmon sorbet, beet pelmeni with quail, and red mullet with artichokes and quinoa.

And maybe it’s a coincidence, but I can’t help but notice that while Xi gets the scallops, caviar, and morels, Lukashenko has to settle for cheaper food!

Super article Florian, Thank you for taking your time to provide this information 😉 I wish i too could enjoy these food 😉