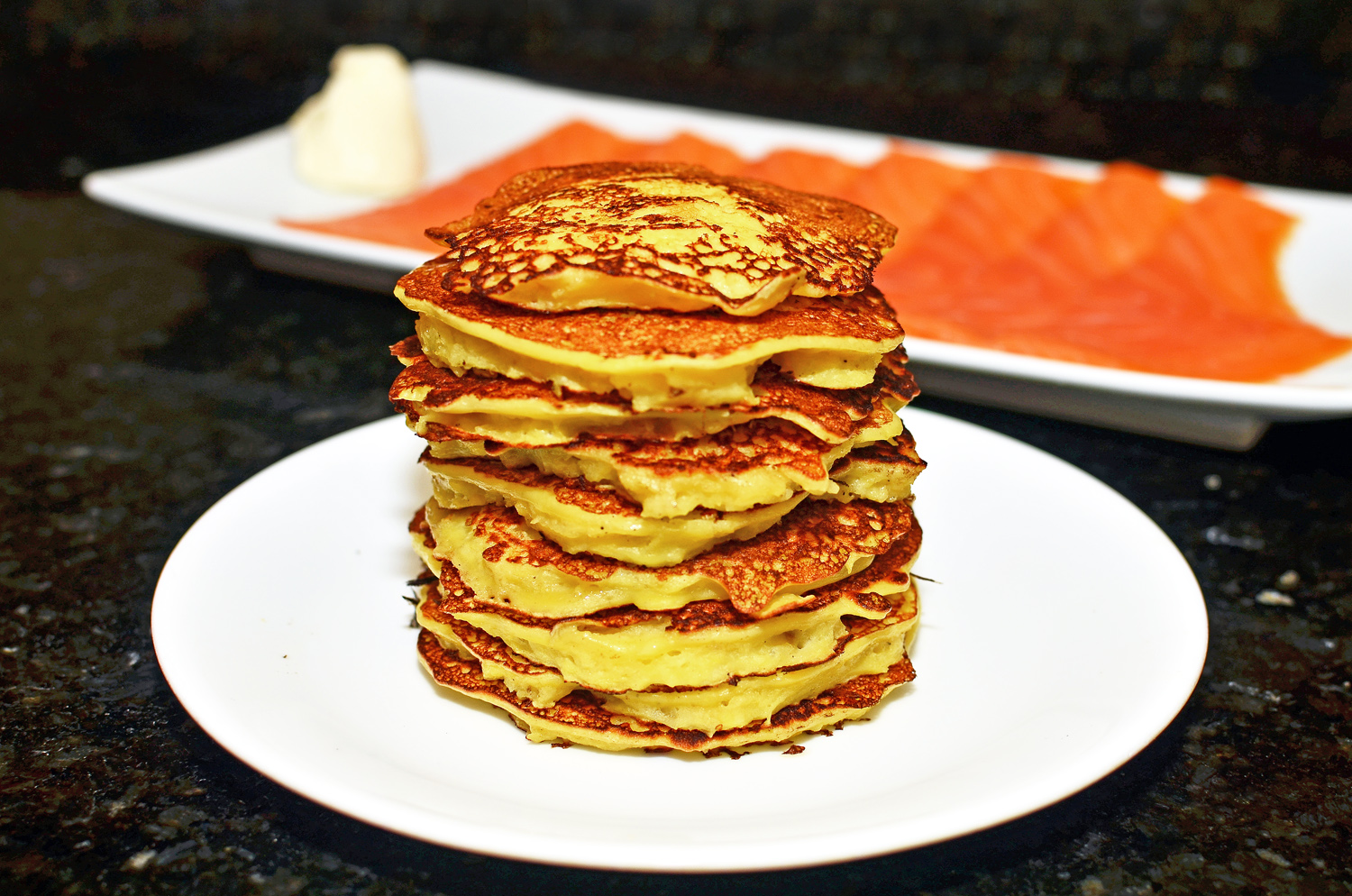 Most Eastern European countries have their version of potato pancakes, with small variations in the way you grate and bind the potatoes. In Ukraine, they’re called deruny, and in Belarus, it’s draniki, but the two are very similar. And they’re serious business! A Minsk native once explained to me that potatoes are the national specialty, and Belarusian cookbooks typically have a potato section, just as big as the appetizer or the meat section, if not bigger.

Traditionally, potatoes are coarsely grated into a mixture of egg and flour, and the pancakes are served with sour cream. Onions can also be added in the batter or cooked and served on top. My version is slightly different — the milk I am adding produces a softer result — for a simple reason: until recently, I had never bothered looking for deruny in a cookbook, and just made up my own!

This is meant to be a quick recipe, and the resulting pancakes are more rustic than the potato blini I made here. Even the proportions are kept simple, so you can easily memorize them if you often make deruny on the go! 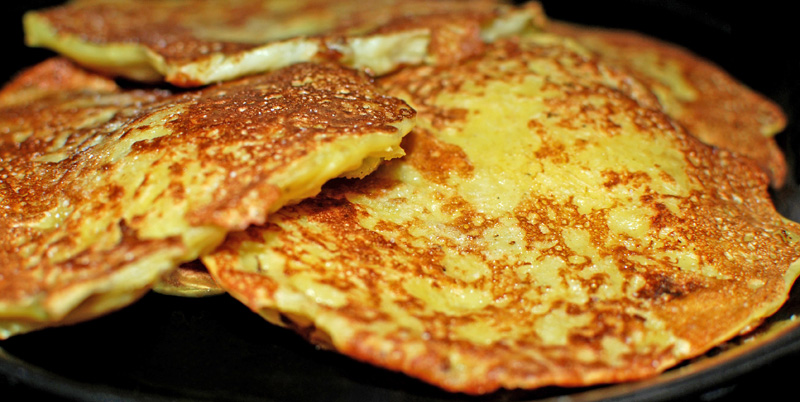 Now. this sounds like a perfect hearty potato pancake. I’m thinking savory pancakes for breakfast tomorrow with a little smoked fish and onions! Thank you thank you! I love!

Sabrina, sorry for the late response, how was breakfast?

It’s funny. I was just talking to a friend of mine trying to remember what potato pancakes were called in Belarus. She’s Ukrainian, so we had the draniki vs. deruny conversation.

[…] Reading a great recipe for pickled herring got me motivated to take a shot at sour cream marinated shad. Because shad is bigger than herring, you can fairly easily pick out all the small bones, remove the skin, and discard the darker part of the flesh if you find its flavor too strong. The marinated fish can be kept in the fridge for a couple weeks and tastes delicious with potato pancakes. […]

[…] My picture shows a potato knysh as a side, and I’ll have a recipe for it in the near future. You could also serve this dish with potato gratin or deruny. […]

What size grater do you use?

I use the fine side of the grater for a smoother result, but it’s really up to you.