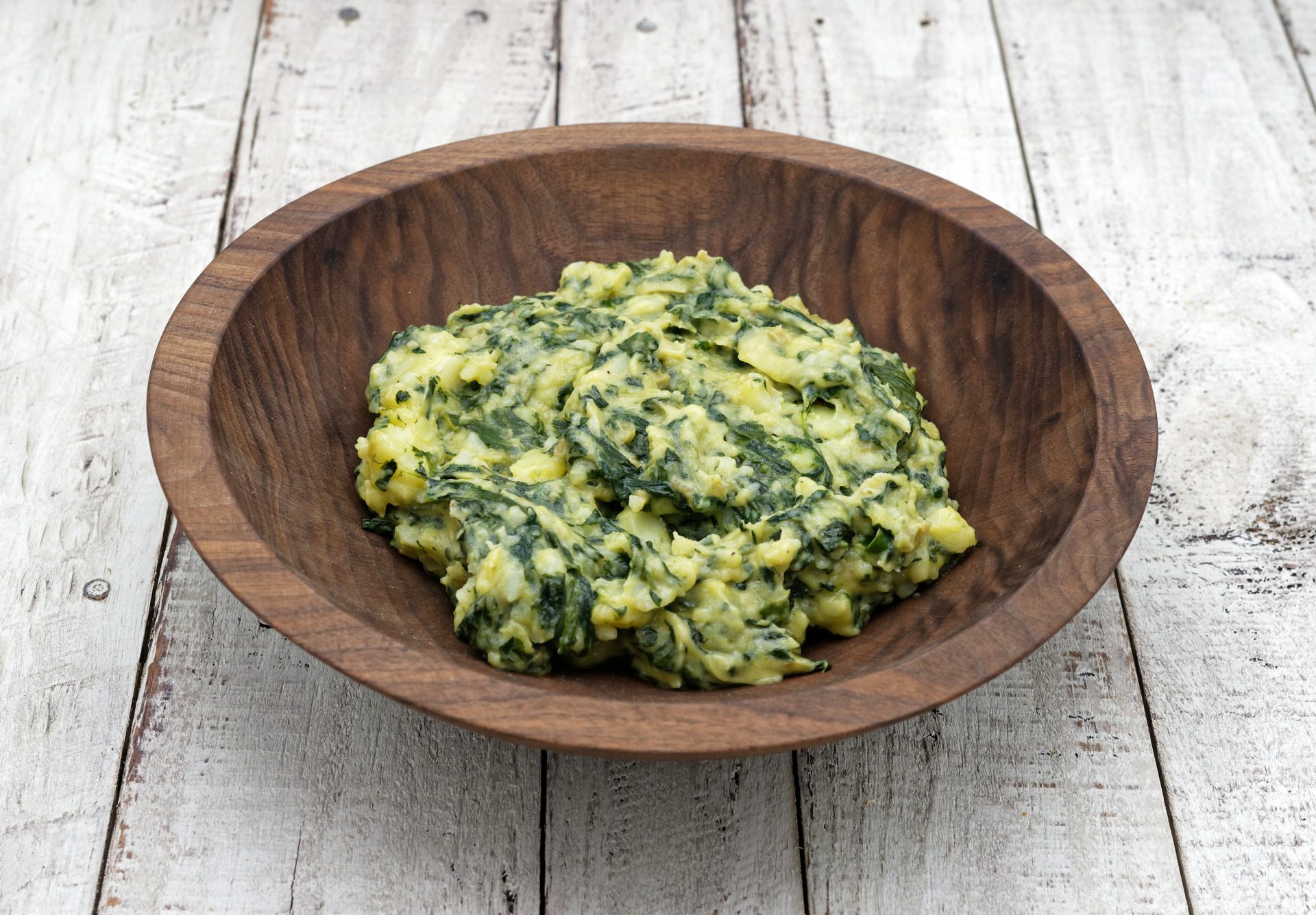 Order a grilled fish at a restaurant in Dalmatia, and there’s one side dish that you’ll be offered almost every time: Swiss chard and potatoes. Along with the international pomfrit (French fries), boiled potatoes, grilled vegetables, and mixed salad, this is one of very few options you can expect, and the only really local one!

The dish is so simple that it doesn’t have a name in Dalmatia: it’s referred to as blitva s krumpirom, or just blitva (blitva means Swiss chard, and krumpir, potato). Yet it’s such a staple of the region that other Croatians call Dalmatians blitva. Dalmatians eat it as a side with fish, meat, or eggs, or even on its own. Those same other Croatians speak of blitva na dalmatinski (Dalmatian-style Swiss chard), and in neighboring Montenegro, the dish is often called Dalmatinsko varivo – “Dalmatian stew” (varivo is a vegetable stew). Why the obsession with Swiss chard? While this doesn’t fully explain the green’s inordinate local popularity, it’s believed to be native to countries bordering the Mediterranean, from the Iberian Peninsula to the Middle East to North Africa.

Swiss chard with potato is pretty much just this: boiled potatoes, boiled Swiss chard, maybe mixed with some sautéed onion and garlic, and drizzled with olive oil. The spuds are mashed more or less coarsely, and the greens are reduced to a mush. Recipes often call for twice as much Swiss chard as potatoes by weight – after all, if you just want boiled potatoes, you can order (or make) boiled potatoes.

Because Croatia counts many high-end restaurants that serve creative menus that go beyond grilled fish and blitva, I ended up eating the dish more frequently in Montenegro, where traditional cuisine often remains the only choice. Most places stick to the classic recipe, though some do try to innovate a bit. I’m pretty sure that sometimes the Swiss chard and potatoes I’ve tried were mixed with spinach, too, which brings some nuance to the chard’s rather distinctive flavor. Restaurant Galion, in Kotor, adds a touch of variety by mixing in carrots sautéed in butter.

For my part, I don’t tend to like boiled vegetables. Boiling is generally the laziest and worst way of cooking vegetables, producing a watery mess that traumatizes generation upon generation of children until eventually they either submit sheepishly or eat fried potatoes at every meal. Call boiled vegetables healthy if you like; call them vile. (As a scientific aside, boiling actually depletes vegetables of many of their nutrients). In any case, you’re not reading this blog to learn how to boil vegetables. So my Swiss chard and potatoes recipe has little to do with the original:

The result truly is a vegetable side to look forward to. Sure, it’s a bit more work, but it’s worth the effort. The creamed spinach and chard can be made a day ahead.