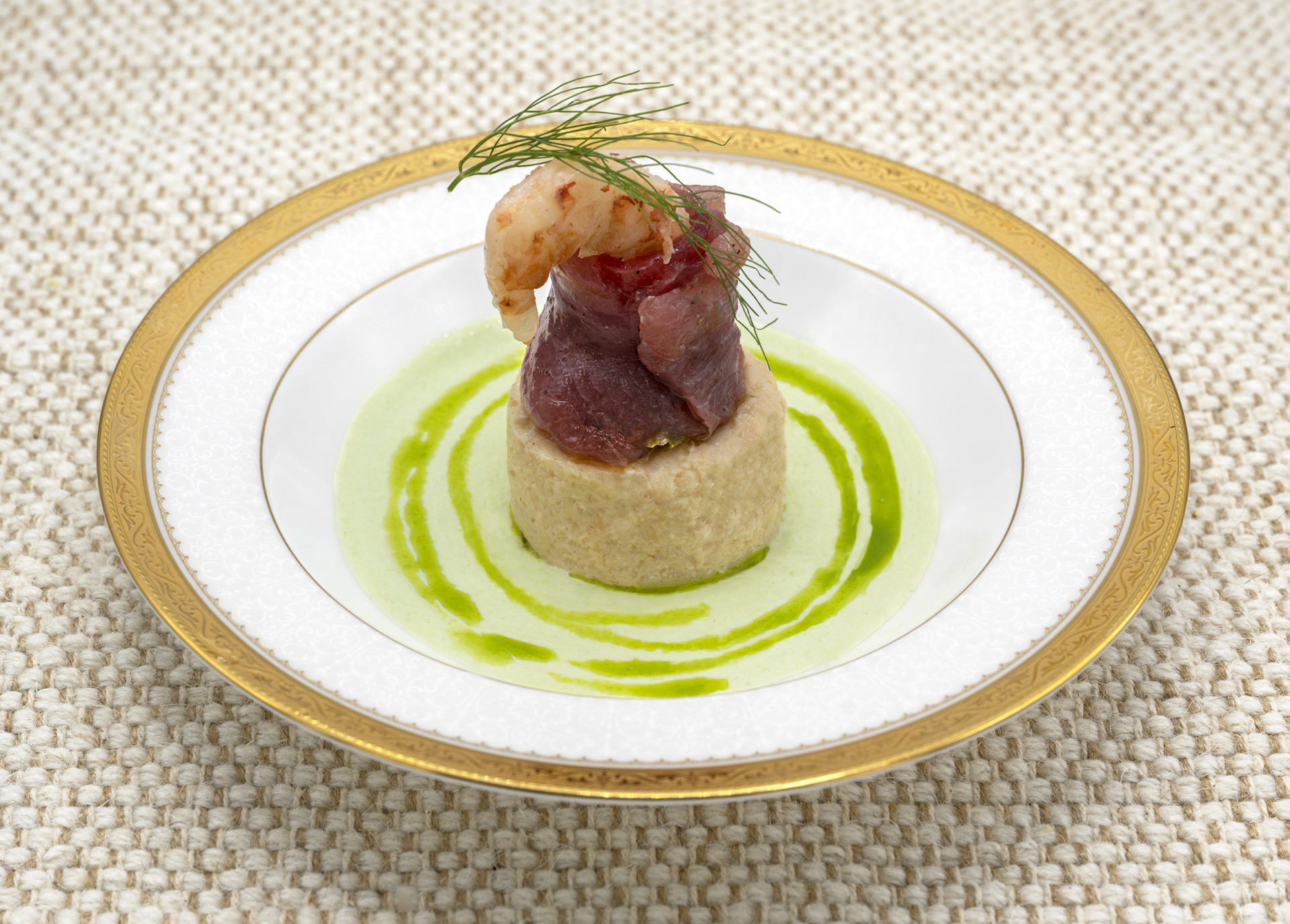 Inspired by my meal at LD Restaurant, this dish started out as my own version of their red porgy sashimi. In Marko Gajski’s kitchen, the fish, cured with cherries and rolled together with a caper leaf, was garnished with lemon cream and wild fennel fronds, and sat on top of a red porgy parfait glazed with clarified butter, surrounded by a cucumber gazpacho with pickles and olive oil infused with wild fennel fronds. But my recipe evolved into something a bit different…

I kept the cucumber, lemon, caper leaves, and fennel fronds (don’t worry, I’ll soon post a recipe that will use the fennel bulbs to which those fronds are inevitably attached). The elements of the dish and the plating also bear more than a fleeting resemblance to the original. Caper leaves in particular aroused my interest: a relatively novel ingredient, the leaves are preserved in extra virgin olive oil with some salt and vinegar, their taste slightly reminiscent of the caper buds we usually eat. You can purchase some here.

At the same time, LD Restaurant’s red porgy parfait seemed to me in some ways a fancier version of the fish pâté that many restaurants on the Adriatic coast serve as an amuse-bouche, sometimes accompanied by anchovy fillets or shrimp, often gaudily presented in a scallop shell with a cherry tomato and a leaf of something green. So I decided to roll back some of Gajski’s French and Asian influences and include elements from other dishes I ate in Dalmatia: a tuna carpaccio here, a simply prepared local shrimp there. Unlike a Dalmatian restaurant recipe that calls for various fish scraps, my fish terrine is made with fillets of branzino and daurade (sometimes called by its Italian name, orata). And so I now present the resulting Dalmatian trio.