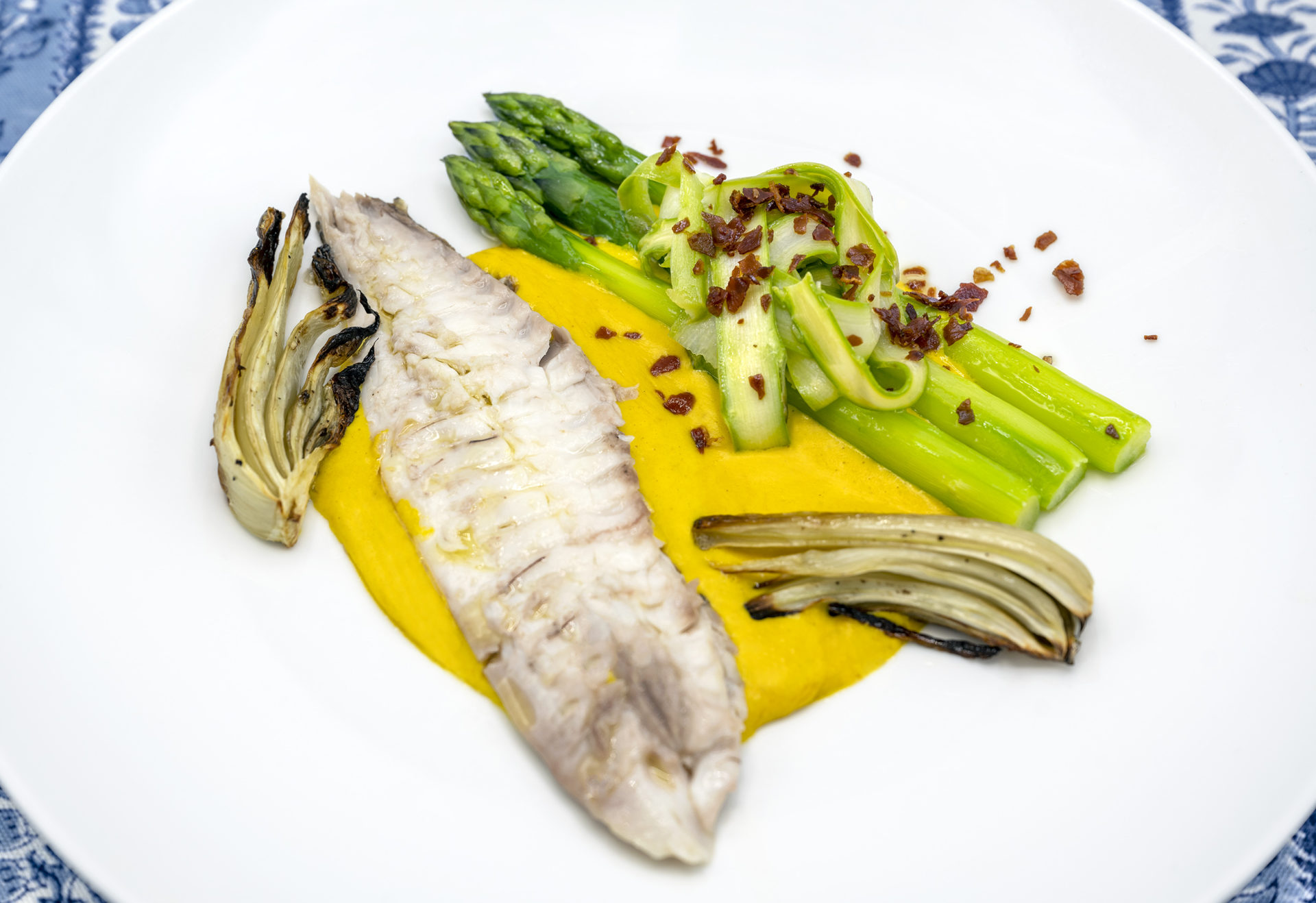 All right, one more post reminiscing about the joy of summer in Croatia, then I’ll switch to more autumnal themes! Just like my recent Dalmatian Trio, this is another dish idea that sprung from my meal at LD Restaurant before I turned it into something else. Remember the grilled monkfish with a salad of raw and pickled asparagus, egg yolk, lardo, and pea sprouts? I kept many of the ingredients (fish, asparagus, egg, cured pork) but pivoted to a much simpler recipe, meant to provide a tasty and colorful accompaniment to the whole grilled fish so often served on the Dalmatian coast. Rarely will you find a restaurant on the seashore that doesn’t boast a display of the day’s catch (ideally from local fishermen but often from farms and from other corners of the world, as the Adriatic’s wildlife can’t feed tens of millions of tourists every year): scorpionfish, seabream, branzino, John Dory, flounder…

The garnishes, however, are few and rather boring: Swiss chard with potatoes (blitva s krumpirom in Croatian), fried potatoes, or “seasonal vegetables” such as grilled eggplant, zucchini, and peppers. And that’s where LD Restaurant’s influence comes to the rescue:

North Country Hunting, and How I Became a Goose Hunter