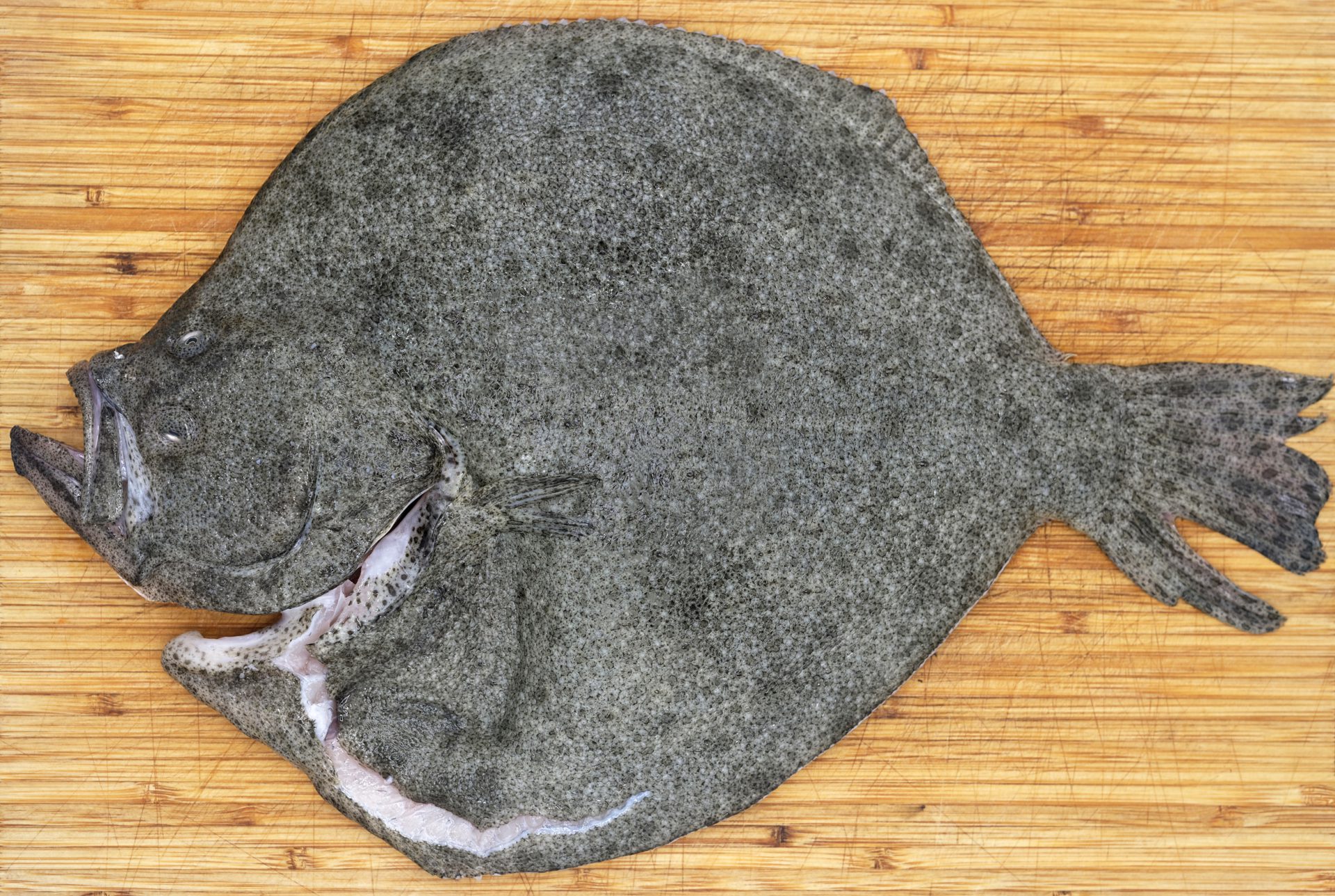 My last recipe brought you the Dalmatian stew, a delicious mix of Swiss chard and potatoes. As I mentioned, this is one of Croatia’s most popular side dishes to eat with fish, and fish is everywhere in Dalmatia. So before venturing into more complex dishes, you must first know how to cook fish properly! To illustrate my point, I’ve picked a species that’s considered by many as one of the very best: turbot.

Granted, turbot isn’t the most common fish in Croatia. Over the past decades, it has been overfished, falling victim to its own popularity. According to the IUCN Red List of Threatened Species, turbot is a near-threatened species, and its population is declining. In western Europe, wild turbot fetches $60-80 a kilo, and that’s for the whole fish, with the skin, head, tail, and bones – the actual meat represents only one third of the total weight. The good news is that turbot is now farmed (though not in substantial amounts in Croatia). At home in New York, I can get farmed turbot for $25 a kilo. It may not be as great as its wild counterpart, but it’s already a damn fine fish.

Years ago, back when I worked at David Bouley‘s Danube restaurant, I cooked at the fish station for longer than any other station. While this gave me plenty of time to understand and master the peculiarities of each different species, there are two broad points that I want to emphasize:

There are many ways to cook fish, but if we stick to direct heat, it comes down to these options, and the choice is often dictated by practicality and common sense:

Considering its size, turbot can either be prepared whole, roasted or filleted, pan-fried. I’d say that the ideal size for roasting is 1-1.5 kg. A turbot that size serves 2-3 people (it has two large fillets and two small ones) – in French, it’s called a turbotin. But while roasting a whole fish may bring some of the theatrics of Dalmatian restaurants to your house, pan-fried fillets are great too (especially with the inimitable flavor of melted butter). A 2.5 kg turbot will yield about 800 g of cleaned fillets, enough for 4-5 people.