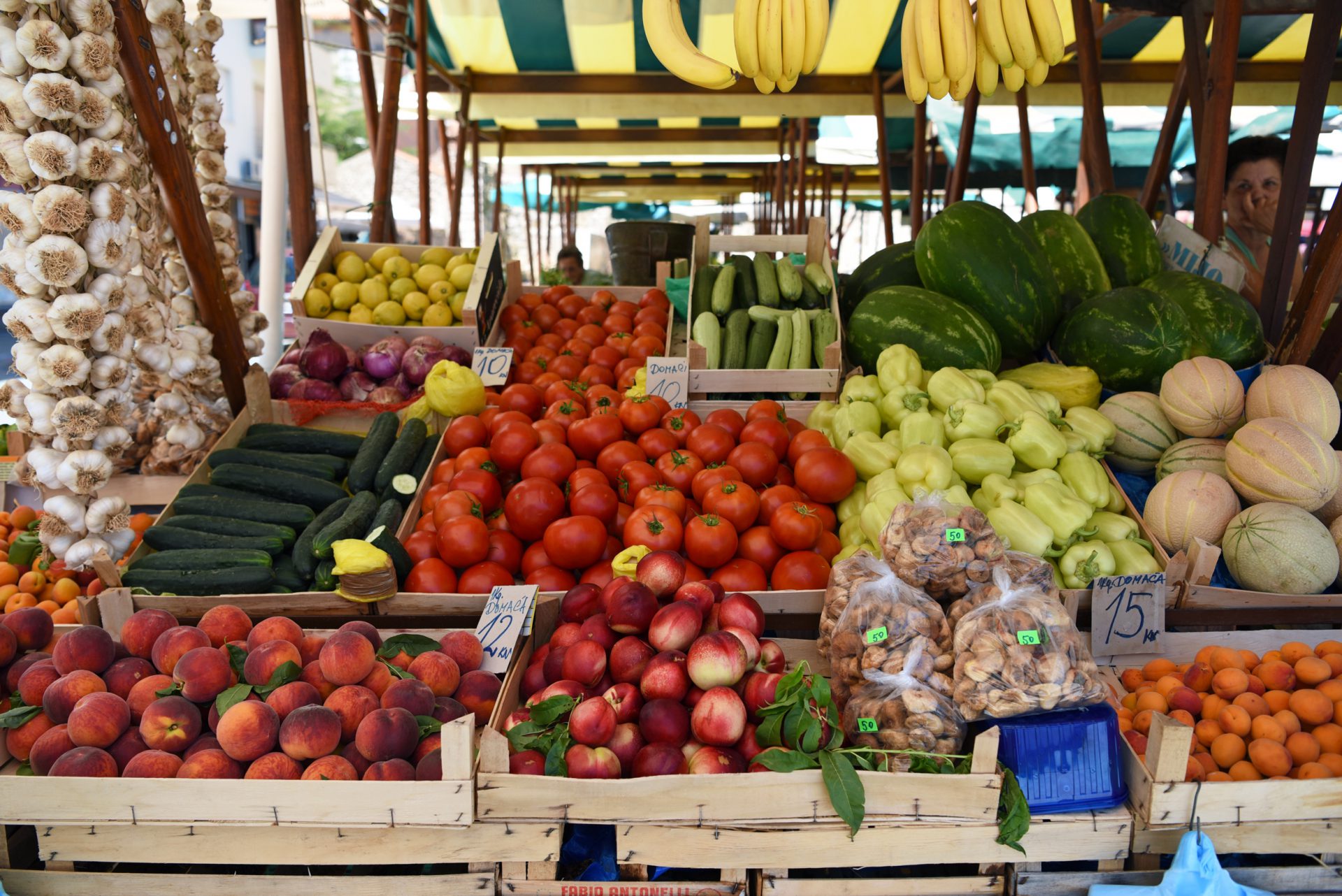 Despite the ever-increasing influx of tourists and the growing importance of supermarkets, many towns in Dalmatia still hold daily food markets within the walls of their historic centers. Zadar’s fish and green markets are located on a street under the ramparts – the seafood in a covered hall, and the produce outside nearby. Today, I’ll focus on the green market, and instead of writing clichés about markets and waxing lyrical about Croatian apples and tomatoes, I figured I’d actually talk about fruit and vegetable production in Croatia. If statistics aren’t your cup of tea, you can always just look at the pictures!

A bounty of recent statistics can be found in a report by Wageningen University & Research, called “Business opportunities for Croatian fruit and vegetable growers” (available here). Most of the information below is taken from that report, including the charts.

After the collapse of Yugoslavia and the war that ensued, the large agricultural conglomerates favored by the communist regime lost their prominence, but there was no state vision for a new agricultural farm structure. During privatization, the conglomerates were sold off at low prices, then divided up into smaller companies. These companies often suffered from erratic management and didn’t always survive. As a result, to this day the average size of the farms in Croatia is smaller than in many other EU countries. Most farms combine the production of various crops and livestock.

The table below shows some figures for Croatia’s main crops. For the majority of them, exports go mostly to Slovenia, Bosnia and Herzegovina, and Serbia (except apples, which are exported mainly to Egypt). Overall, the country produces fewer fruits and vegetables than it consumes, even for some of its most important crops.

The most consumed vegetables include onions (and garlic), cabbages, tomatoes, bell peppers, carrots, cucumbers, and lettuce. This matches almost perfectly what I’ve captured in these pictures during my visit in the summer of 2017.

The peculiarity of Croatian agriculture partly stems from some strong landraces of vegetables counting among the main crops. For example:

As for fruits, the most consumed kinds are apples, watermelons, mandarins, peaches (and nectarines), plums, pears, and sour cherries. This again matches pretty closely what I saw on the market stalls, factoring in seasonality (i.e., you won’t see apples or mandarins in early summer).

Just as with vegetables, there are several important Croatian fruit landraces:

Although they don’t reach high volumes, some other fruits are worth mentioning:

But wait, there are three major crops that were excluded from these statistics:

Next time, we’ll go from Zadar to Zagreb, Croatia’s capital city, and take a look at Dolac Market!