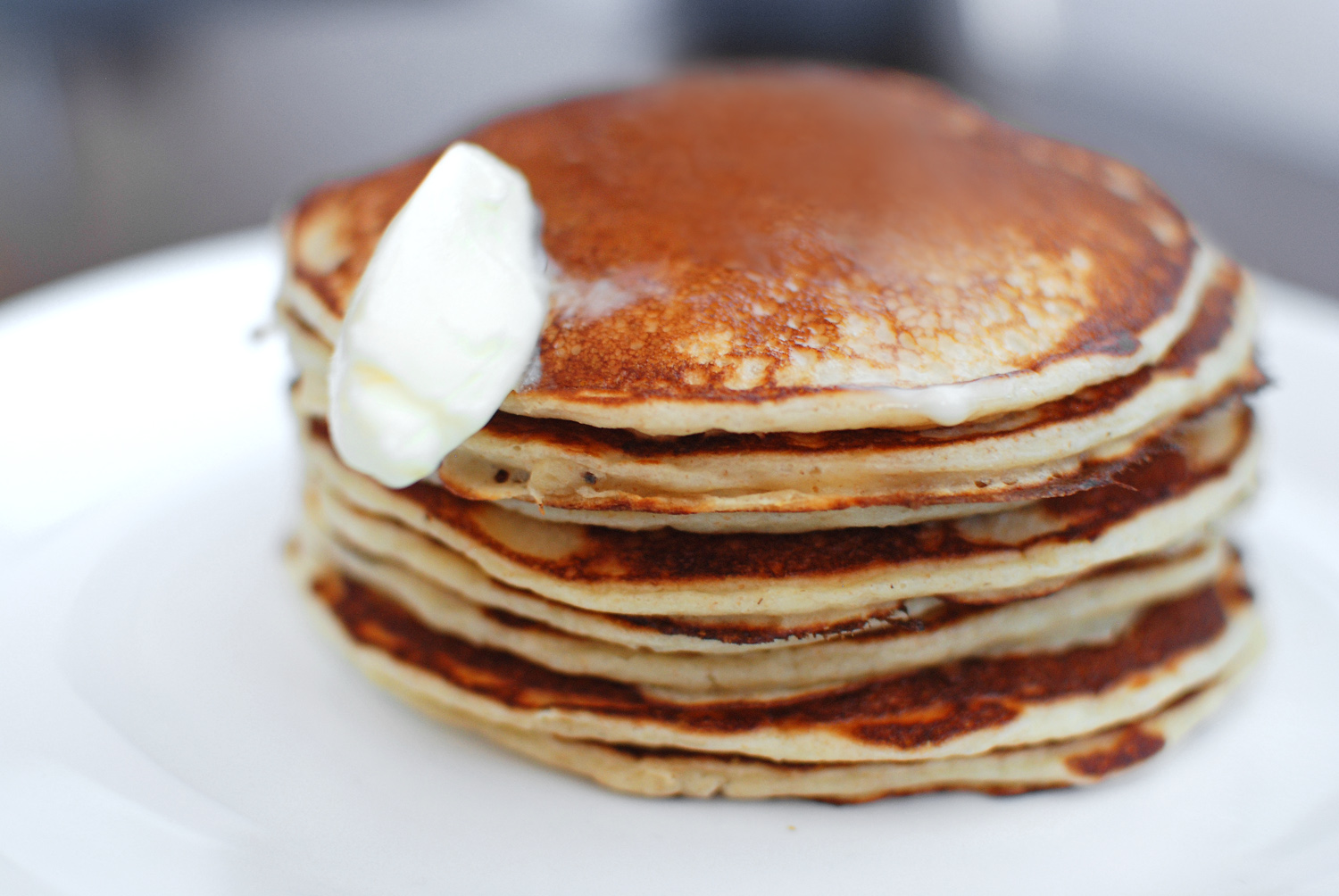 There are literally hundreds of Russian pancake recipes. The Bolshaya Kniga Domashney Kukhni by Svetlana and Lidia Lagutina alone counts more than 70! These recipes distinguish themselves by the type of flour or starch used (wheat, buckwheat, rye, semolina, potato), the raising agents or aerators present in the batter (yeast, baking soda, beaten egg whites, yogurt), and their use (plain with toppings, stuffed, or stacked with filling to make a cake). The thickness is also of particular importance in the Russian taxonomy: blini are alway thin, whereas thick pancakes are called oladi.

Here are four of my recipes, that I make regularly: 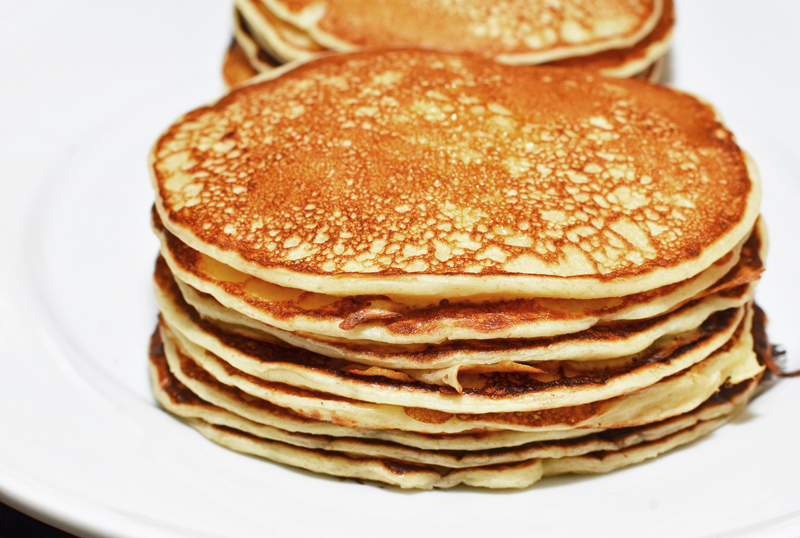 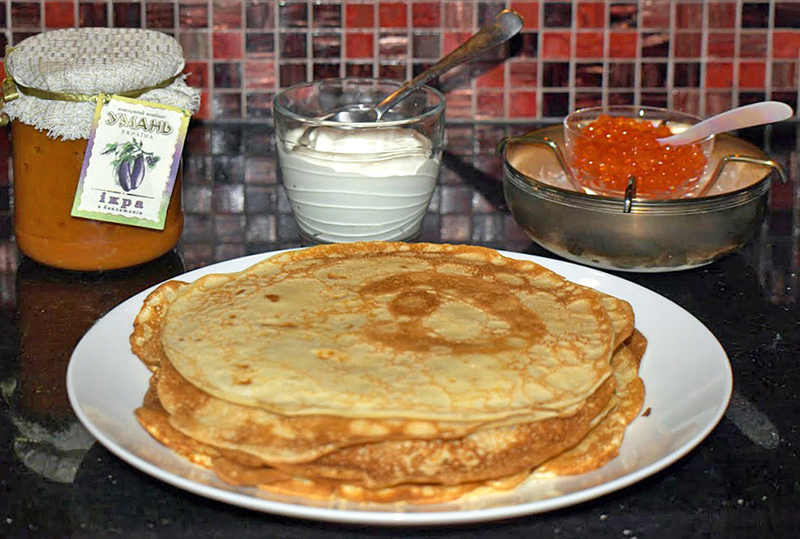 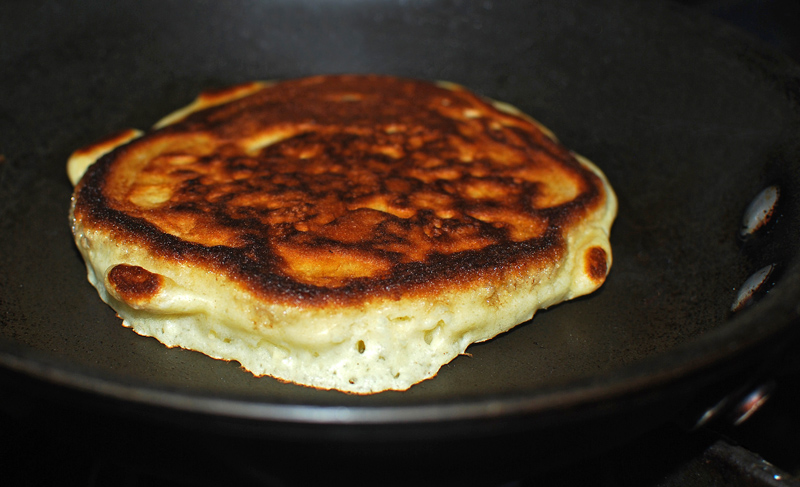 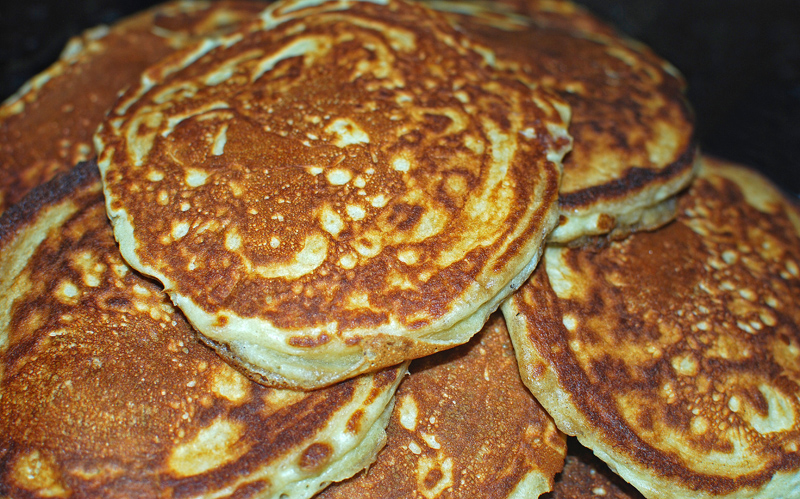 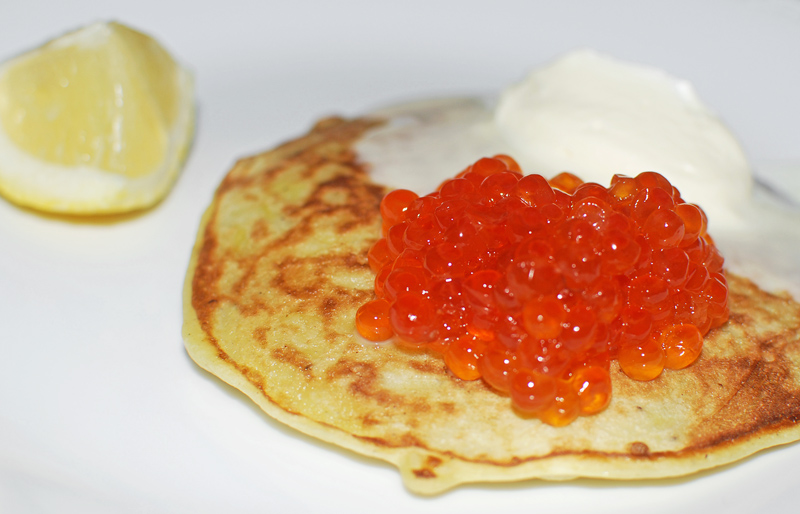 […] knowledgable folks at this blog can convince you otherwise. They’ve got me salivating over Russian pancakes, namely their many variations on the Blini (called Oladi if yeast-free), especially the hearty […]

[…] is meant to be a quick recipe, and the resulting pancakes are more rustic than the potato blini I made here. Even the proportions are kept simple, so you can easily memorize them if you often make deruny on […]

[…] cured fish can be wrapped in plastic film and kept in the fridge for a couple weeks. Serve with pancakes and sour […]

Bonjour! Is there a perfect type of pan to use for cooking blini? Seems like my usual stainless steel doesn’t yield good results. Would you recommend cast iron, perhaps?

Hi Yuliya, cast iron is definitely an option. I have a preference for non-stick, though: it’s easier to handle, and unlike what is generally thought, a good, thick non-stick pan will deliver a more homogeneous heat than a cast iron one.

Thanks for finally writing about >Blini and Oladi, Russian Pancakes | Food Perestroika <Loved it!

I know, right? It was about time somebody posted a pancake recipe on the web 🙂

[…] yiddish word latke comes from Ukrainian oladka — remember my oladi recipe? The beauty of adding this potato pancake to your sandwich is that it will compensate for […]

I just made what I thought was blini but one dear reader pointed out that It was actually Oladji…then I started to do some research and found your post. So very interesting!

Hi 🙂
I wanted to try the buckwheat blini, but the 1-hr leavening time for breakfast is difficult… could it be prepared in advanced and stored overnight in the refrigerator? (adding the egg whites in the morning before cooking)

Sure, you can refrigerate the dough overnight and finish it in the morning. You can also make the blini in advance, but then they tend to be less fluffy when you reheat them.