In the inland part of the Sheepshead Bay area of Brooklyn, Apsheron is an Azeri restaurant named after the peninsula where Baku is located. At times like these, when you often have to book a table a good two weeks in advance to get off-prime time seating in a not-so-desirable corner even for lunch, it’s good to know that there are still places like this, places where you can be the only customer during the whole service: 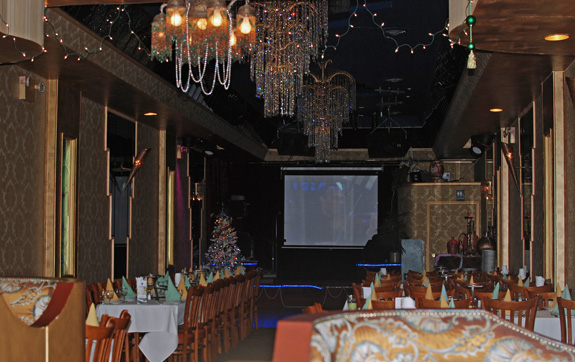 To be fair, I would imagine the restaurant gets a lot more crowded in the evening, as we heard many people telephoning to make reservations. Note also that they didn’t have an alcohol license at the time of our visit, but the owner invited us to shop at the liquor store around the corner. So this can be a go-to place for affordable “lively” dinners!

The menu mixes Azeri specialties with Russian standards and a selection of seafood dishes that seems to be common in the local Soviet restaurants, probably because, technically, we live by the sea − there are even fishing charters in Sheepshead Bay. This is also the second Azeri restaurant in New York where I’ve seen foie gras on the menu, for some unknown reason.

The Azeri appetizers were limited to a few classics. We started with a meat kutab (not photographed), and the Baku-style eggplant, fried slices of eggplant topped with a garlic, walnut and turmeric paste; both were pretty good. 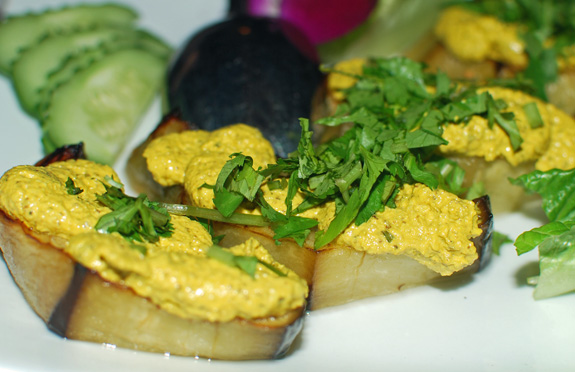 There was a good choice of soups, including piti, kharcho, kiufta-bozbash and Baku-style dushpara. We tried the latter: tiny lamb dumplings in a flavorful, though salty, herb broth: 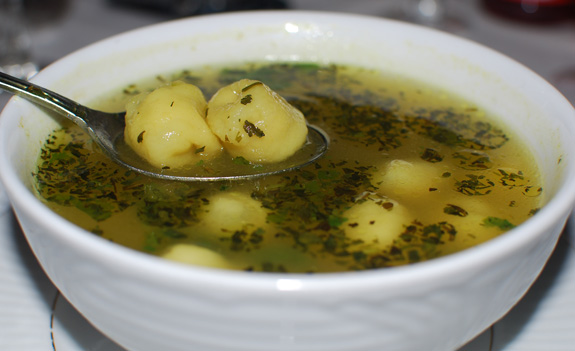 The gyurza, dushpara’s big brother, was offered either boiled or fried. The fried version was rather disappointing, with good lamb filling but thick and dry dough: 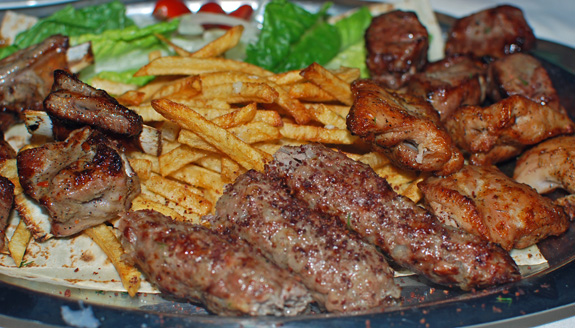 The lyulya kebab contained a lot of onion, which had the benefit of moistening the meat, but gave a too-strong onion taste (duh). Making a great lyulya can be much harder than it seems. The other meats were all tender and juicy, and the fries weren’t bad either.

Unfortunately, the menu didn’t feature many other Azeri entrées, save for baby lamb tongues and dzhyz-byz (fried lamb offals and potatoes). While Manhattanites are rediscovering offals in fancy restaurants, Apsheron had been serving them all along! We might have to come back another time to have an offal-centered meal.

For this time, we decided to give a try to the beef Stroganoff instead, thin strips of beef in a thick, bland mushroom sauce with lots of thyme. It was probably above average — it’s just that the average can be pretty bad. The leftovers sit unclaimed in our fridge. 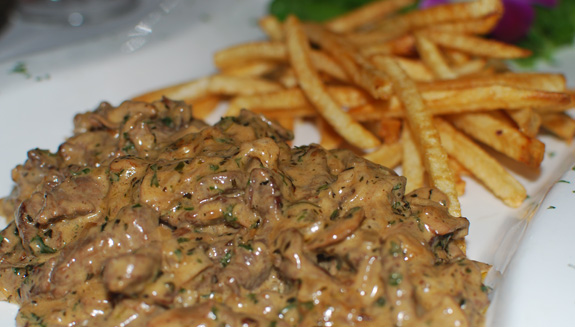 And I finally got my pakhlava! I salute the effort, but personally I would have made thicker, fewer layers with more honey — I like when the pastry sticks to my fingers. 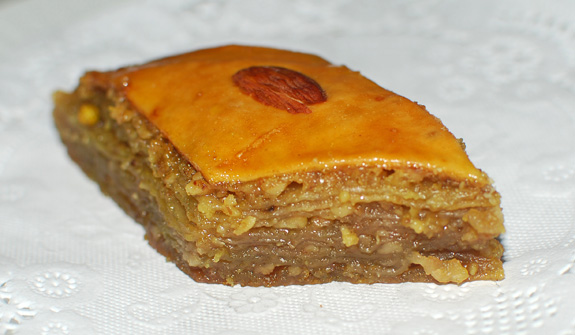 For the record, the menu also listed shaker-bura (a sweet baked dumpling) and a couple napoleons.