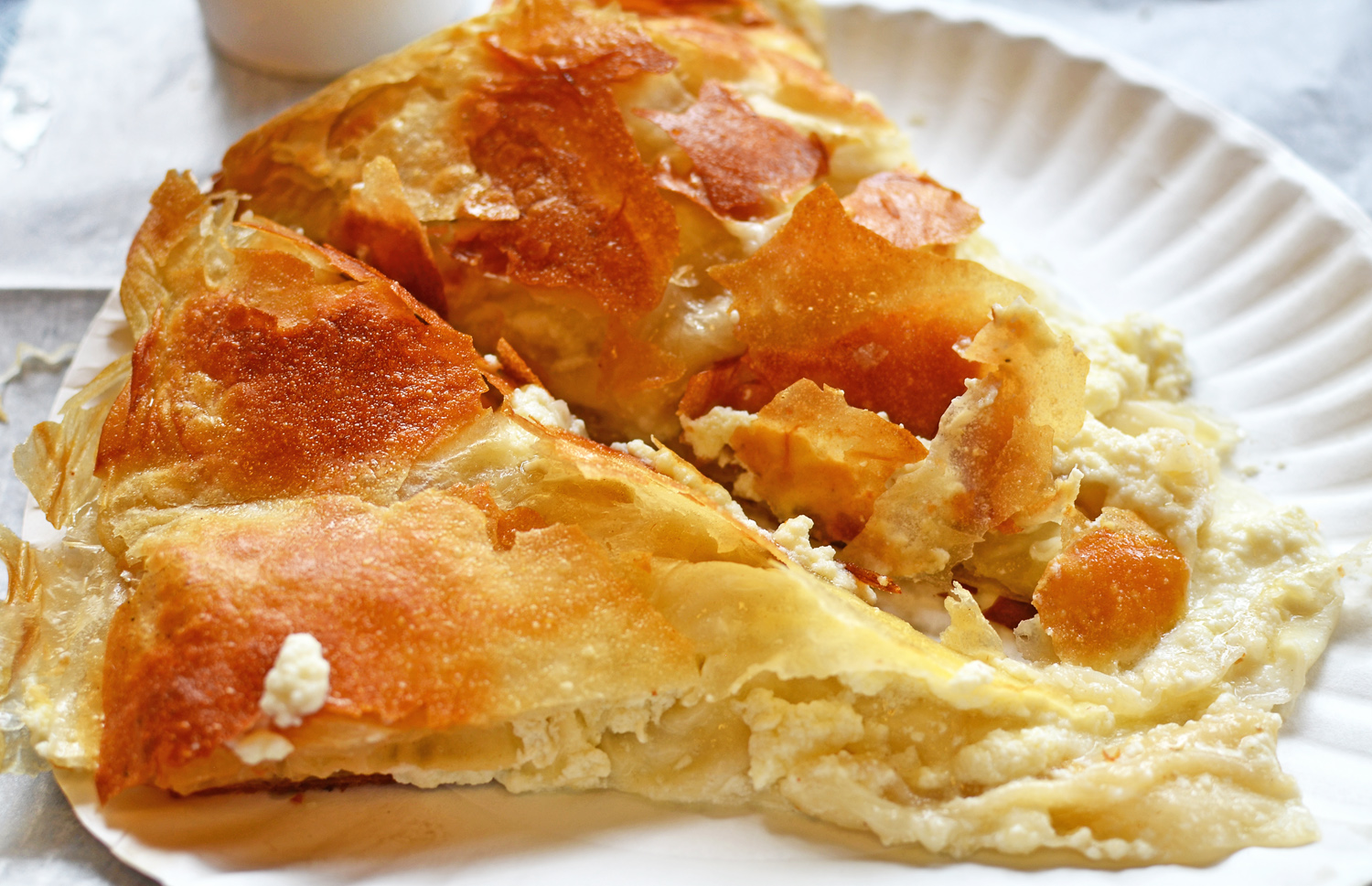 New York City may not be Italy or Greece, but it’s still home to the largest population of Albanian origin in the USA. As New York is also one of the cities with the highest ratio of restaurants per capita, it’s not surprising that the two worlds collide. This collision isn’t centered in Brooklyn or Queens, for a change, but in the Bronx! And believe it or not, Albanian food can be as noteworthy as Albanian mafiosi.

You’ll find Albanian and Kosovan restaurants on either side of Bronx Park. Some of the pizza joints on historically-Italian Arthur Avenue and elsewhere are actually run by Albanians, and serve Albanian bureks in addition to pizza. Dukajini Burek, loosely situated in Pelham Gardens, goes one step further and serves only bureks. This is the place we’re visiting today. 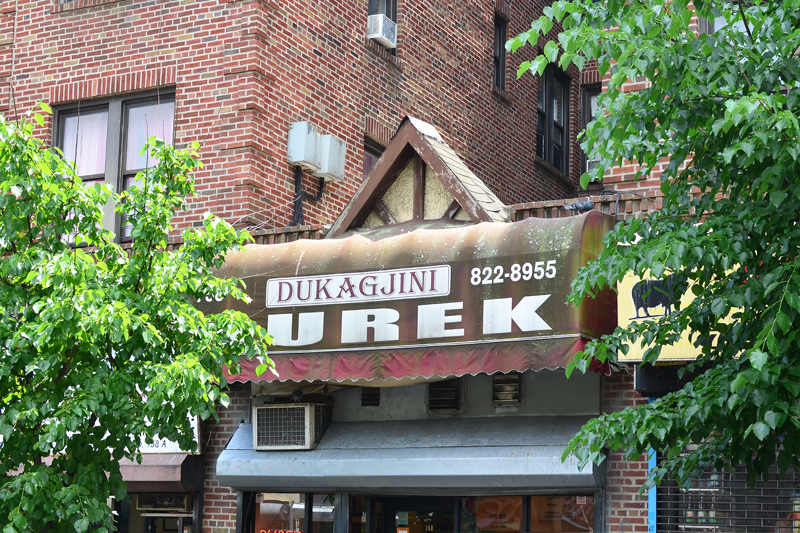 I’m not the first to review this little hole-in-the-wall. In fact, the spot is well known by people who blog about the world’s cuisines in New York, like this guy, at United Nations of Food. It’s also a long-time favorite of the Village Voice, where it was declared Best Albanian in 2008 and 2011, and also Best Espresso in 2008. Only a few months ago, the Voice even published a somewhat more in-depth article, complete with the factual errors befitting any self-respecting professsional media article these days. (No, Sara Ventiera, Dukagjin, whence the restaurant gets its name, is not a quaint little town in Kosovo that makes great bureks following an ancestral recipe — it’s a region covering parts of northeastern Albania and southwestern Kosovo, named after the Dukagjini family. And I may be wrong, but I don’t think that every cup of yogurt is rendered from a whole gallon of milk. If you ever tried to make yogurt on your own, even Greek yogurt, you’d see that’s not how it works. If you ever tried to buy a gallon of milk at the supermarket, even at Walmart but especially in NYC, you’d also see that you cannot get it for $1.50. And come to think of it, choosing a Kosovan restaurant for the Albanian entry of an A-to-Z series on NYC’s ethnic cuisines is rather odd and/or lazy.)

Although Dukagjini Burek’s owners do seem to be ethnic Albanians from Kosovo, the joint resembles a New York pizza parlor more than anything that I’ve seen in Albania. Fun fact of the day: famous pizzerias Giovanni’s and Patsy’s, as well as the whole Famous Famiglia restaurant chain (which started in NYC), are or used to be owned by Albanians. But we digress… 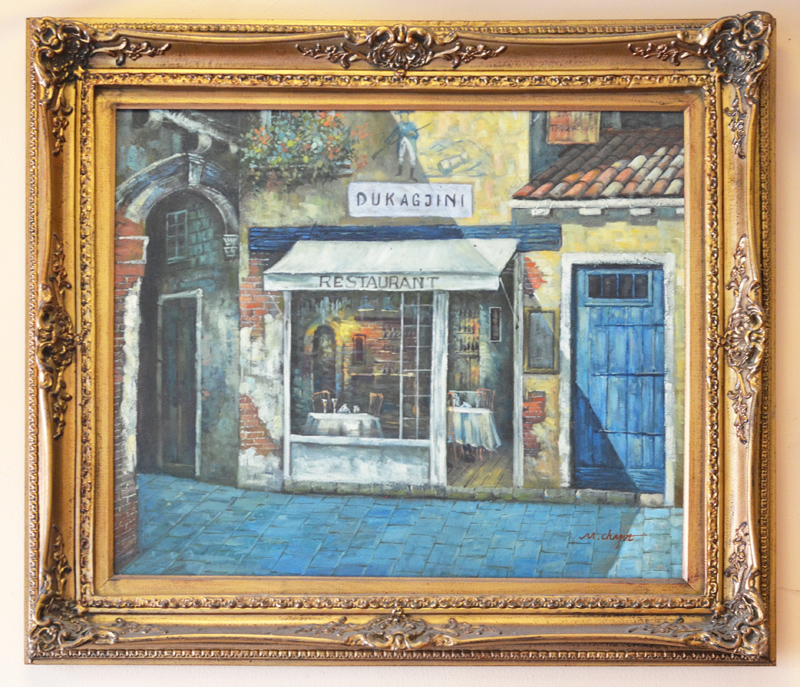 The menu is as simple as it gets: 3 kinds of bureks, sold as whole pies or by the slice. You can also buy a cup of homemade plain yogurt to eat with them, and finish your meal with an award-winning espresso or a cappuccino. And of course there are a few cold beverages. Only this handful of options there may be, but at lunchtime on weekends business is brisk. It seems like half of New York’s Albanian community stops by to pick up stacks of steaming pies. If you look at the pictures of the food on their web site, be aware that they don’t necessarily match what’s being served nowadays — there were no coil-shaped bureks when I was there recently. 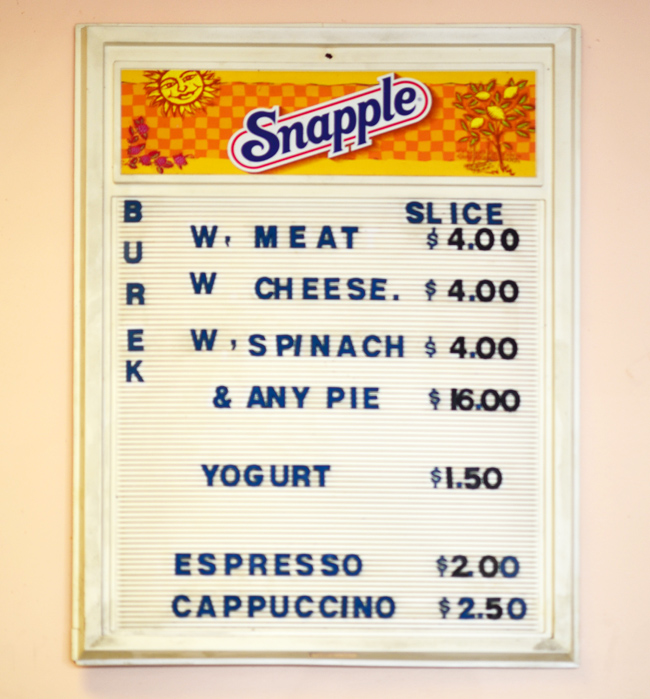 So what is a burek, anyway? If you’re familiar with Turkish cuisine, you’ve probably tried böreks, baked filled pastries made with phyllo dough. The dish spread throughout the former Ottoman Empire, and its Albanian variation (or rather, variations, since many regions of Albania have their own), called byrek or burek, is made with several layers of dough that have been thinly rolled out by hand, and usually filled with cheese, meat, or vegetables. While street vendors and small cafés in Albania sell individual bureks to eat on the go, larger pies are made at home.

The pies at Dukagjini Burek are quite large, only slightly smaller than most whole New York pizzas. They’re made with lots of layers (about ten), the top and bottom ones brown and crispy, the inside ones much softer, almost like thin noodle sheets. You can see the cooks in the back making the phyllo dough by hand. Filling is rather sparse; there’s definitely more dough than filling, especially at the edges, where the layers are folded over. The dough is probably brushed with a bit of oil, just enough so that the result is neither dry nor excessively greasy. I can’t tell you for sure if this particular version is typically Kosovan, but I remember eating a similar albeit more rustic cheese burek in Theth, in Dukagjin — the region, not the imaginary quaint little town. Although Theth is indeed a quaint little community. But it’s not imaginary. I’ve been there. 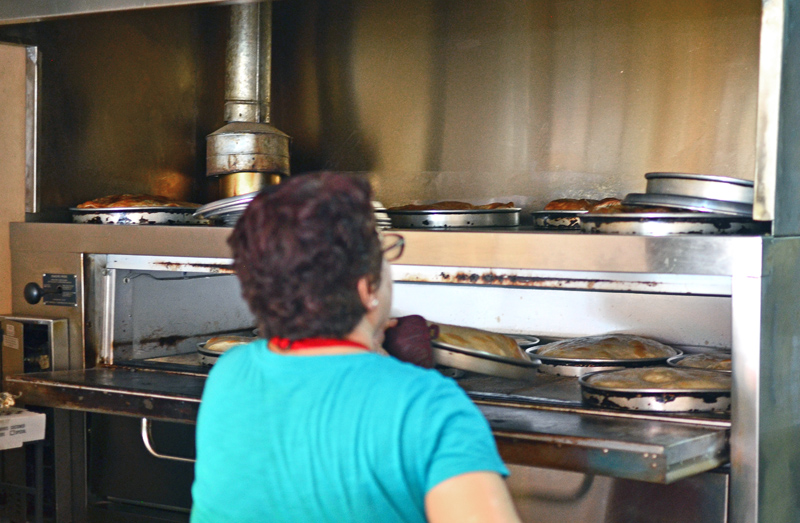 The bureks are kept warm on top of the pizza ovens, though with the turnaround that I’ve observed, they don’t stay there very long. Still, they’re even better when you get them straight from the oven. So either buy whole pies, or wait by the counter until you get a fresh slice of the pie you want! The cheese burek’s filling tastes like a blend feta and ricotta, with some of the saltiness of the feta, and some of the softer texture of the ricotta. I’m not sure whether this is what it’s actually made of, or if they use some type of Albanian cheese. Either way, it’s very good. 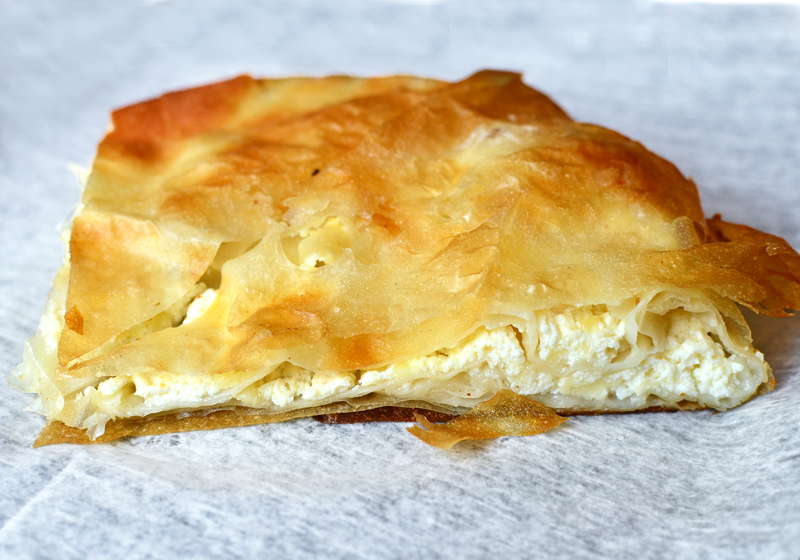 The meat burek contains finely ground beef mixed with onion and spices (just salt, pepper, and a bit of red chile, I think), in fairly small amounts — this isn’t a phyllo burger. It might be even better than its cheese sibling. It would be interesting to mix the meat and cheese to see what it’s like, but I bet it’s against tradition, and we wouldn’t want to have an open mind and go against that, would we? 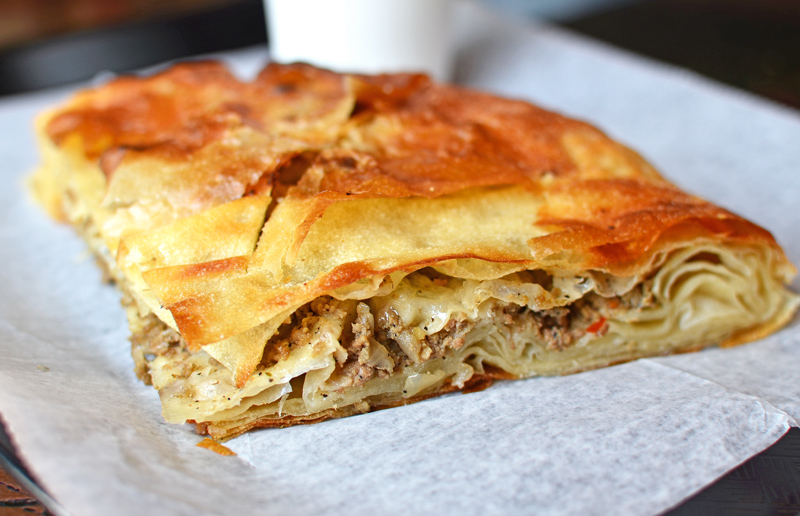 I didn’t try the spinach burek because spinach is not really my thing.  But I did try the homemade yogurt: plain, not tangy at all, and quite liquid, which comes in handy if you want to dip your burek in it or pour it on top of the pie.

Dukagjini Burek makes great bureks. If you’re going to the Bronx Zoo or the New York Botanical Garden, it’s worth making a small detour to stop there for lunch. If I was a Kosovar living in the neighborhood, I would probably order a pie or two regularly, then put on my track suit and my sneakers, climb behind the wheel of my BMW, and double-park in front of the joint to pick up my order.

It’s difficult to give a rating to a restaurant that really serves only one dish. Even if that dish is very well executed, I can hardly give it the highest grade and propel it in front of other places that offer elaborate and delicious menus with only a few hiccups here and there. If you look at my past reviews, you’ll see a cluster of recommended eateries rated 7.5/10, so this is what I’ll go with. 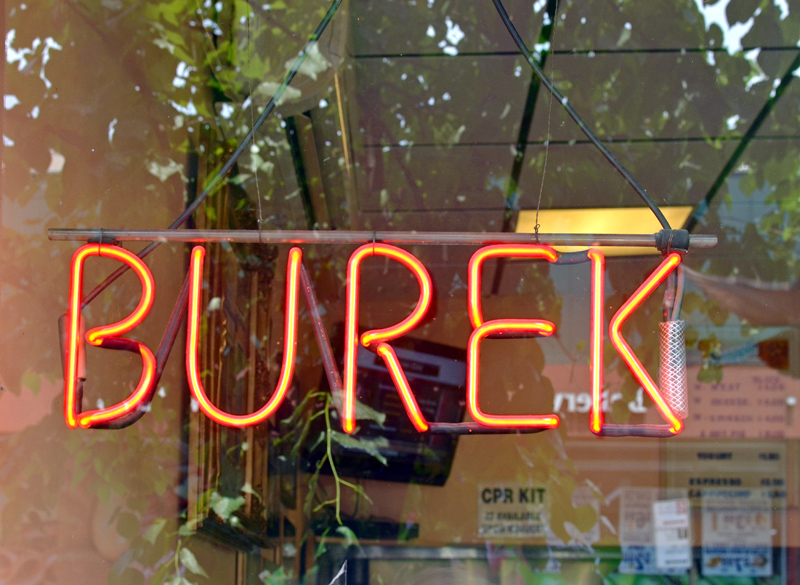 I have to try this place!