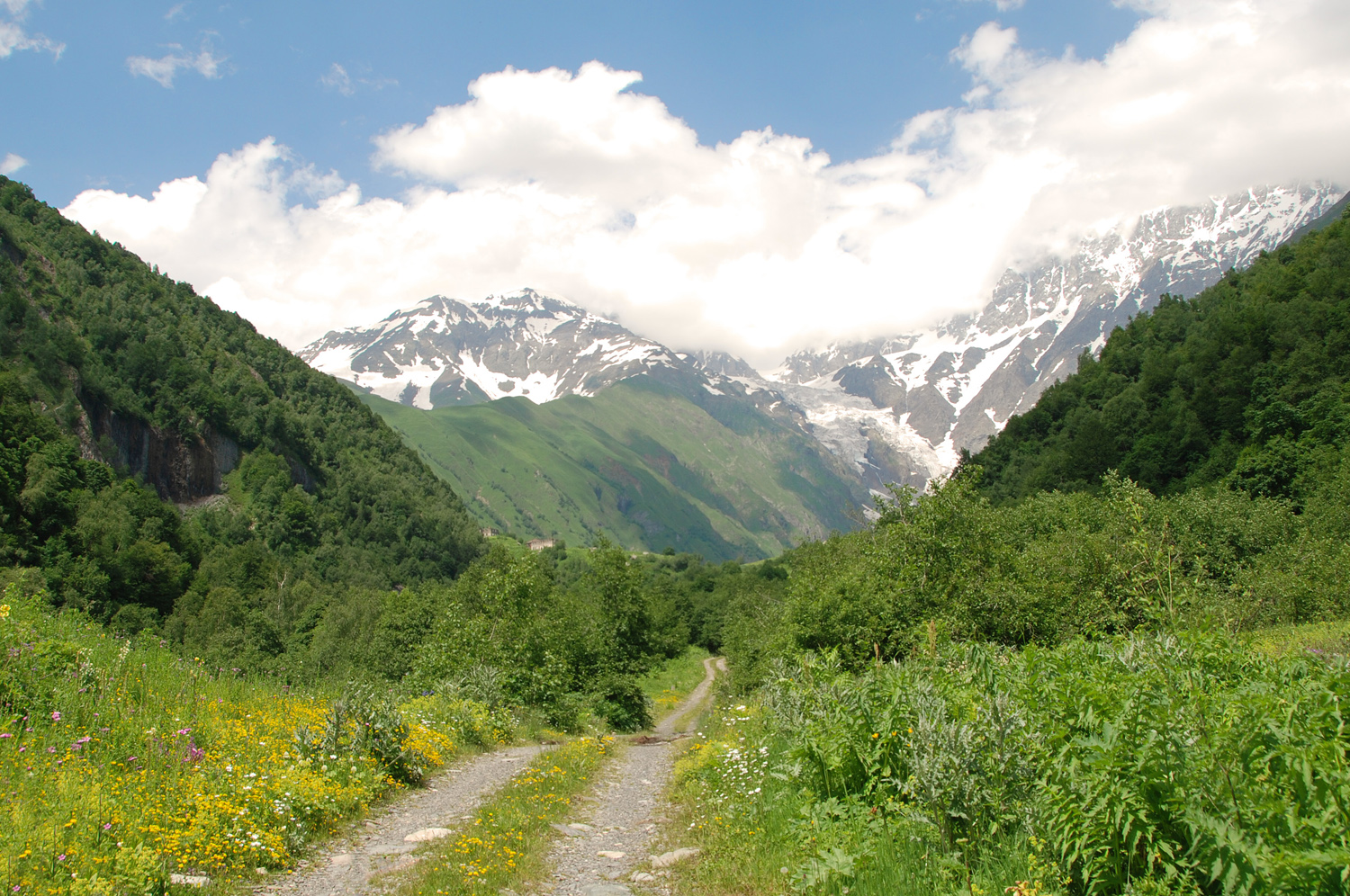 After leaving the vineyards of Khvanchkara, we spent the night in Tsageri, then drove to Lentekhi, the capital of Lower Svaneti. This marked the beginning of our long journey across the mountainous, wild and beautiful region of Svaneti, home of the proud and bellicose Svans and their mysterious towers. How many towns can boast having a massive sword planted in the middle of their main square?

Let me start with some practical information for the travelers who are interested in this particular itinerary. Despite what you may have read online or in some guidebooks, the track from Lentheki to Ushguli over the Zagar Pass is usable by anybody with an SUV, a spare tire and a large, full gas tank. It can be rough in places and I would avoid it after heavy rains, but the whole trip, in July 2010, took us about 5 1/2 hours at a leasurely pace, including various stops. Also, the armed robberies you probably heard about seem to be a thing of the past, and you can safely travel across the region and even take on the occasional hitch-hiker.

This, by the way, is THE gas station in Lentekhi, the last one you’ll see until you reach Mestia (another 3 hours after Ushguli):

Lentekhi, population 1,700, is the last place where you can easily buy food. We stopped at a café-cum-store to get a khachapuri, freshly baked in the wood stove below:

And here’s the bakery, hidden in a small wooden shack. They make khachapuri too, of course, but we didn’t have time for a comparative tasting.

Time to hit the road. As I said earlier, the track to Ushguli is usable — but I didn’t say it was in great shape 🙂 The ascension to the Zagar Pass is by far the worst road I’ve seen in Georgia.

I think there were a couple workers actually trying to build a bridge here, but in the meantime the only way was still through the river:

No bridge here either. And one might wonder if it actually makes sense to build a bridge. The road is hardly used, locals have been able to deal without one so far, and the rough drive is precisely what attracts the adventurous tourists. Nobody’s going to come here in a Smart or a Fiat 500!

Anyway, sometimes a bridge comes with its own set of problems:

Coming next: the Zagar Pass and the village of Ushguli, where Borat meets Lord of the Rings.