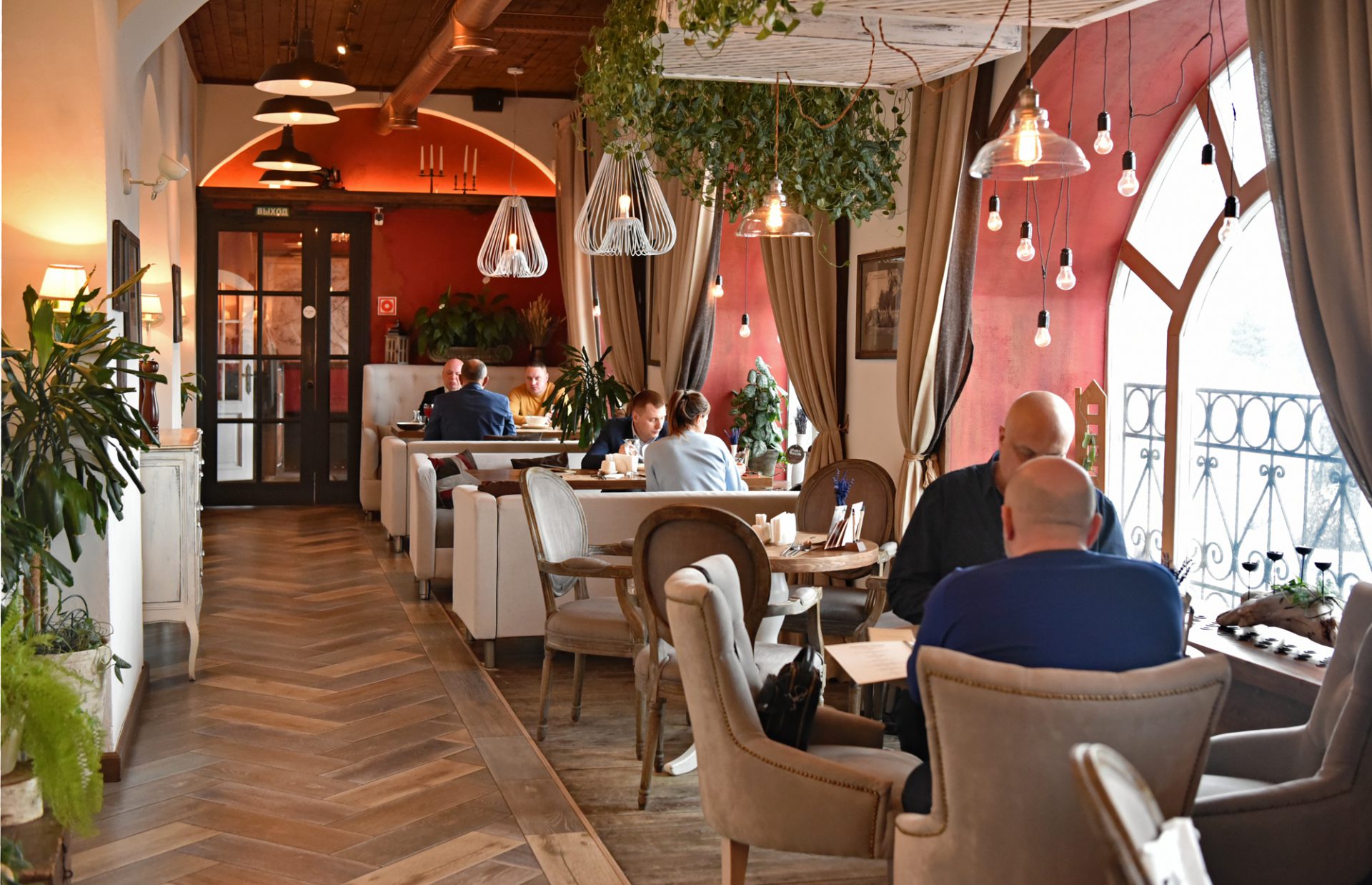 As I continue my series on the Great Russian North, it might be natural to wonder: in a country so vast and varied, how did people come to freeze their butts by the White Sea rather than perfecting their tans on a beach on the Black Sea?

There is no single answer, of course. On one hand, indigenous peoples have inhabited the region since time immemorial; consider the Sámi people in the Kola peninsula and the Karelians in Karelia. On the other hand, the 12th century brought settlers from the Novgorod Republic, who, seeking to expand their territories, could only do so by traveling North or East, both directions having more or less equally punishing climates. Progressing along the Northern Dvina and Onega rivers, some groups reached the White Sea and founded settlements along its southern shores. Because they lived by the sea (morye in Russia), they were called the Pomors.

The Pomors first settled in Kholmogory, in the estuary of the Northern Dvina. From there, they explored the Barents Region, the Kola peninsula, and Novaya Zemlya. In the 14th century, Kholmogory became an important trading post of the Novgorod Republic, mainly thanks to its commerce in furs (not really surprising, in the Far North of Russia). By the 15th century, the sea was no longer the principal part of the region’s economy. The term “Pomor“ was gradually extended to apply to people living relatively far away from the sea, eventually including the Murmansk, Arkhangelsk, and Vologda regions as well as Karelia and the Komi Republic. The Pomors’ traditional livelihoods thereafter consisted not only of whaling and fishing, but also animal hunting, reindeer herding, and trading.

In 1584, the year of his death, Ivan the Terrible ordered the founding of New Kholmogory, which would later be renamed to Arkhangelsk, after the nearby Archangel Michael Monastery. The town became the region’s new trading center. But in 1722, Peter the Great decided to shift all international marine trade to St. Petersburg, whereupon Arkhangelsk, Russia’s first but no longer only window to Europe, began its decline.

Today, Arkhangelsk remains a major seaport and a center for the timber and fishing industries. In Russia’s 2002 census, respondents could self-identify as Pomors (tabulated as a subgroup of the Russian ethnicity), and 6,295 residents of the Arkhangelsk region and 127 residents of the Murmansk Oblast chose to do so.

Pictures above: Obelisk of the North in Arkhangelsk, erected in 1930. The main sculpture represents a Pomor with a reindeer, and five reliefs around the base depict the main economic activities of the Russian Far North.

On Arkhangelsk’s small restaurant scene, Pomor cuisine is having a revival of sorts. In addition to Pomorsky, one of the city’s oldest restaurants that has always specialized in local cuisine, other eateries such as Pochtovoaya Kontora and Bobroff are now trying to create their own modern takes on Pomor staples. Even El Fuego, a popular Argentinian steakhouse, decided to add a page of Pomor dishes to its menu.

But what is Pomor cuisine, exactly? Here are a few defining characteristics:

Of the restaurants in Arkhangelsk that serve Pomor cuisine, Pochtovaya Kontora stands out for the efforts that the chef, Andrey Anikiev, employs to transform traditional dishes into more elegant plates.

Located on one of the oldest streets in the city, on the embankment of the Northern Dvina River, Pochtovaya Kontora (“post office”) occupies a 234-year-old building that served as a – you guessed it – post office at the end of the 19th century. In an effort to preserve that postal tradition, the restaurant signed an agreement with the Russian Post allowing it to acquire its own postmark stamp, so you can send letters anywhere in the world straight from your table. Cute, but let’s dive into the food.

The Arkhangelsk salad combines usual salad ingredients (lettuce, cherry tomatoes, quail eggs, dressing made with olive oil and soy sauce) with ingredients typical of Pomor cuisine (lingonberries, potatoes, cod liver, rye bread). If you’ve never had cod liver, and the thought of it conjures up dreadful images of miserable children being force-fed cod liver oil by the spoonful, you’ll be surprised: cod liver is actually delicious! Its tender texture and high fat content remind me a bit of foie gras, but saltier (cod liver is seasoned and preserved in oil when canned) and with a pronounced but not unpleasant fish taste. A great combination overall.

The brined milk caps (Lactarius resimus; different from the saffron milk cap, aka Lactarius deliciosus, used in Spanish cuisine) are served with their traditional accompaniment of potatoes and sour cream. The cream has been slightly smoked with a smoking gun. The mushrooms are quite good, and the brining makes them very tender. Milk caps have a fairly subtle taste, unlike other prized mushrooms such as chanterelles or porcini which have a more distinctive flavor. If you’re wondering where the name “milk cap” comes from, it refers to the milky fluid these mushrooms exude when cut.

The very colorful scallop tartare is made with fresh scallops, cold-smoked halibut, and cucumber, then topped with salmon roe and a few dill sprigs. The ingredients are excellent, and the result doesn’t disappoint. The tartare bathes in a little puddle of smoked tomato water that looks like it was slightly jellified, then drizzled with green (chive?) oil. That part wasn’t necessary if you ask me. First off, global warming isn’t yet so advanced that you can get fragrant tomatoes in Arkhangelsk in the middle of February. Second, a tartare doesn’t need a sauce, unless it’s just a spoonful of something that you mix in – and most of this one remained at the bottom of my plate. I’m slightly annoyed with myself for being unable to identify the green oil, because it turns out it appears in almost every dish we ordered after this!

The northern-style baked potato with smoked halibut, offered as an appetizer, would make for a great side dish. It consists of a potato that’s been carved out, filled with a potato purée mixture, baked in the oven, then topped with diced raw tomatoes, smoked halibut, and chives. A few potato chips and some green oil complete the plate. The cold-smoked halibut is more noticeable here than in the scallop tartare, and it adds the expected smoky note. The whole is pleasant though not amazing, and the tomato could be advantageously replaced with something else.

Moving on to the entrées, the Atlantic wolffish (zubatka in Russian), one ugly fish with some very pointy teeth, tastes great. The flesh is rather meaty, not flaky, and it’s been hot smoked. It comes with a cream sauce (and some green oil of course) that ensures that the fish doesn’t feel dry, and a few broccoli florets but not nearly enough to make you feel you’ve eaten your daily serving of vegetables. The decorative dill springs, salmon roe, and black salt blend in quite well flavorwise, while fulfilling their aesthetic function. A very well prepared dish.

The sous-vide cod with Béarnaise and smoked potato croquette certainly departs from the Pomor traditions with its French sauce and modernist preparation. In addition to being perfectly cooked sous-vide, the fish is glazed with something a bit sweet that evokes Asian cuisines. There’s the same salmon roe and dill sprigs on top again. The potato croquettes, fried balls of potato purée, don’t really taste smoky, which is fine, because A) smoke from smoking guns can be harsh and acrid; and B) not every dish needs to be smoked!

The Pomor cod with tvorog (farmer cheese) sauce is also more modern-looking than traditional. I assume it owes its qualifier of “Pomor” to its sauce. The fish is cooked just as well as its cousin in the previous dish, and topped with black sesame seeds. It’s served with a ball of tvorog rolled in beet powder, some potato chips, a few drops of that green oil, and a thick sauce that tastes great but is hard to identify: a mild fishy flavor reminds me a bit of tarama, but it’s creamier and the name of the dish makes me assume it contains tvorog.

Finally, the grilled deer fillet and smoked pear. The meat arrives cooked rare, as I ordered it, and boasts a pleasant gamy taste. It comes with a classic celery root purée and the inevitable green oil, and is topped with dill (really not a great match here) and red dots made from some kind of red berry. The smoked pear must have been cooked and then smoked with a smoking gun, which makes the smoke very superficial. (I’ve seen recipes for smoked pears prepared in an actual smoker, which would have been more interesting, but then the restaurant would need to have a smoker.)

The wine list at Pochtovaya Kontora favors European and American bottles over the local production, but there are a few options worth trying from the post-Soviet space. The Armas Voskehat is an interesting dry white wine from Armenia, with a nose of melon and apple and some minerality. Voskehat, which literally means “golden seed,” is often referred to as the queen of Armenian grape varieties. This wine can even be found in the US, costing around $10.

From the reds, the Esse Unplugged Odessa Black, is a good if not exceptional Crimean wine. It’s well made but still a bit tannic, and my main complaint is that while I’ve read reviews mentioning berries and leather, I find it somewhat flat on the nose. Odessa Black is a cross between Cabernet Sauvignon and another varietal you’ve never heard of, and it’s found mostly in Ukraine and a little bit in Slovakia (and more marginally in Czech Republic and Hungary), where it’s called Alibernet.

Through its creative dishes, Pochtovaya Kontora brings a modern perspective to Pomor cuisine and local ingredients. Narrow-minded people will complain that there’s nothing traditional about using colorful oils, sous-vide cooking, and smoking guns, or argue that elegant plating is something only tourists care about – I’ve actually read that in a review! As far as I’m concerned, it’s all good, so expect a few recipes inspired by this meal in the near future!