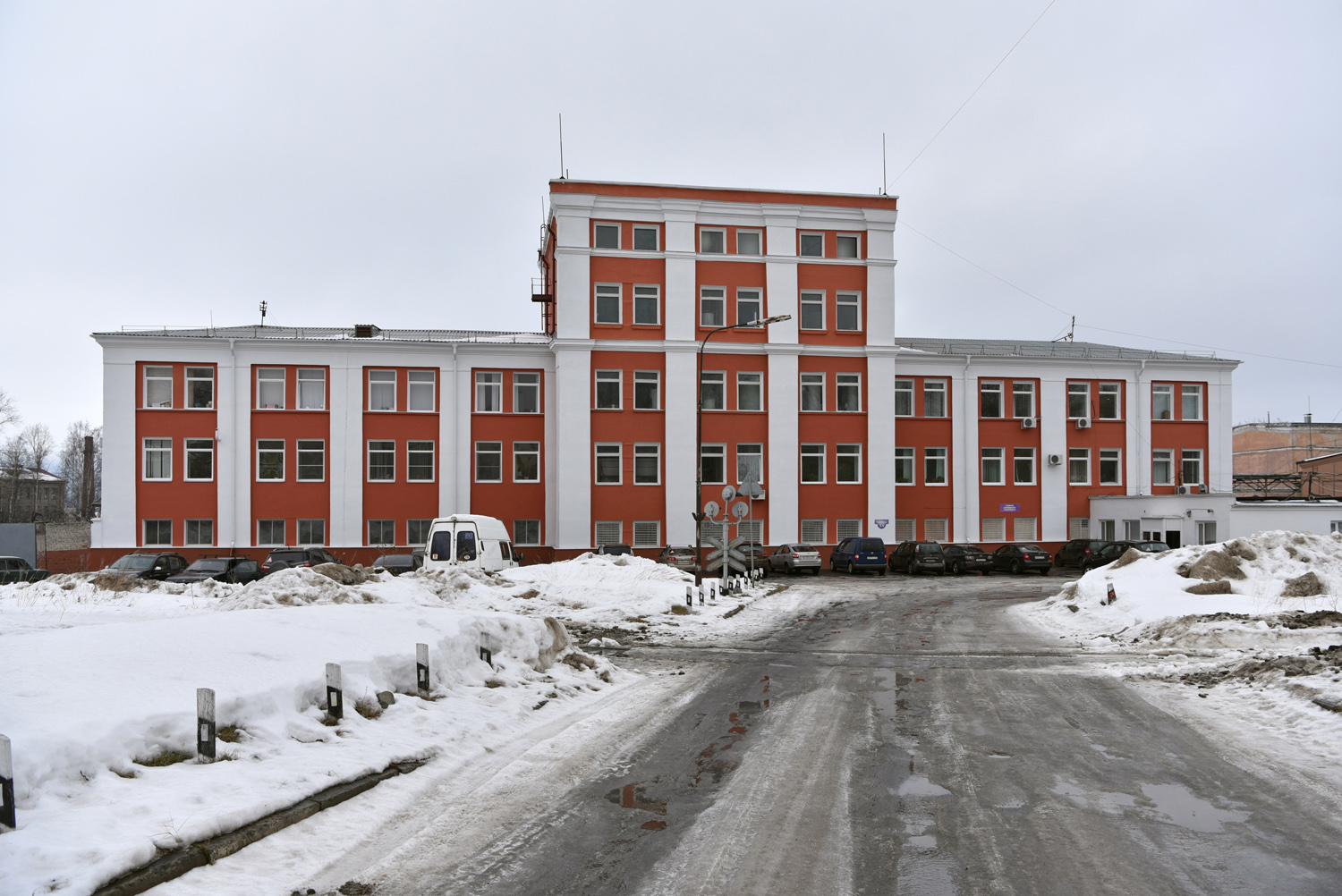 My Moscow restaurant series is over for the time being, but before summer arrives and we switch to cuisines more evocative of warmer climates, I’d like to give you a glimpse of what I’m preparing for next winter: The Great Russian North. There will be adventures beyond the Arctic Circle, snowmobile chases, and meals of genuine Arctic cuisine. And what better way to start this series than with a visit to a liquor factory! So let’s head to the Petrovsky Liquor Factory in Petrozavodsk, Karelia.

To understand what makes the Petrovsky Liquor Factory particularly interesting, we must first take a look at the history of the alcohol trade in Russia (if you read Russian and want even more details, check out this paper). Since the time of Grand Prince Ivan III in the 15th century, the production and sale of vodka have been a state affair, and potatory taxes have represented a significant portion of the country’s revenue. In the middle half of the 18th century, it was decided that tax farming would be the only way to collect revenue from alcohol sales. Under this system, the responsibility for alcohol tax revenue collection was assigned to private merchants, who were allowed to trade vodka at deregulated prices. As a result, the treasury’s revenue from alcohol taxes increased enough to make up one third of the state budget.

In 1863, following examples from Western Europe, tax farming was replaced with excise duty, a tax on production levied at the time of manufacture rather than at the time of sale. Alcoholic beverages were taxed proportionally to their alcohol contents. Initially, this lowered the price of vodka, and also lowered the treasury’s revenue. The tax then increased gradually from 4 kopeks per percent of pure alcohol in a bucket (12.3 liters) at its introduction, to 11 kopeks for the same, four decades later. While the intent was to mitigate alcohol-related social and health problems (such as death), the new system also resulted in an increased supply of various forms of low-quality surrogate alcohol that evaded the excise duty, and its success has been disputed. Around 1895, the country counted almost 150,000 taverns – three times as many as there were schools.

At that time, in the mid-1890s, the excise duty on vodka was replaced by a state wine monopoly (wine here meaning “bread wine” a.k.a. vodka), introduced progressively throughout all the Russian provinces. This reform was instigated by Finance Minister Sergei Yulyevich Witte, with support from Tsar Alexander III. Witte hoped that the production of high-quality vodka, using the latest technological and scientific advances, would eradicate underground moonshine, rendering it unnecessary and unprofitable. With the increase in the number of pubs and the rising prices for alcohol, state income from the sale of alcoholic beverages went back up, and in 1913, it comprised about a quarter of Russia’s budget. Between curbing drunkenness and filling the state coffers, it often seems like Russia has been hoping to have its cake and eat it too.

The state wine monopoly concerned the purification of alcohol and trade of derived spirits. Distilleries could belong to private entrepreneurs, but the alcohol they produced was then bought by the treasury, purified in so-called state wine warehouses, and sold in state wine shops. As a consequence, over 300 state wine warehouses were built across the country. The factory that would later become known as the Petrovsky Liquor Factory was one of them, having been established when the monopoly reached Petrozavodsk in 1897.

It is hard to quickly build and equip a factory for something as specific as the production of vodka, so in Petrozavodsk it was decided to repurpose an existing building. The choice fell on the wholesale wine warehouse of the brothers Tikhonov, former trading farmers. Their buildings, located on the Lake Onega waterfront, were purchased for nine thousand rubles in 1897, and immediately re-equipped. The new factory started releasing its production in early-November 1897 of the old calendar, and in 1898, it produced 43,800 buckets (of 12.3 liters) of “ordinary bread wine”(vodka with 40% alcohol) and “table wine” (vodka of higher quality). Production increased by 150% in the first 10 years, and work went on using the same methods and rules of production until September 1914, when a prohibition of sorts was instituted. The sale of spirits was now banned (except in aristocratic clubs and certain restaurants), and the people were left with wine (actual wine, not vodka), beer, and moonshine.

So, during the First World War and the Russian Civil War, the factory was shut down. It resumed production only in 1925, when the prohibition was lifted and alcohol became a state monopoly once again, providing the new USSR with the revenue it so sorely needed in order to rebuild and avoid dependency on help from those dirty western capitalists. Based on the terminology of the times, it was called an “alcohol-vodka factory,” meaning that it produced only vodka and nastoyka (infused vodka).

In 1927, the factory was rehabbed, and the volume of production increased. In 1937, it became a “liquor and vodka factory” with the product range now extended to liqueurs and consisting of 26 different products. But then war struck again, and in September 1941, the retreating Red Army was forced to destroy all industrial buildings, including the factory. The equipment was evacuated in 47 train cars to the town of Onega (located not on Lake Onega, but on Onega Bay in the White Sea).

After the liberation of Petrozavodsk in 1944, it was decided to move the factory to the premises of a surviving wine factory that was built in 1933 on Bolotnaya Street (now Rigachin Street). In its first years at the new location, the factory produced part of its previous product range, plus berry wine, non-alcoholic beverages, and kvas. In 1950, it regained the designation of “liqueur and vodka factory” – and you’ll be glad to know that from then on, it regularly exceeded the production targets set by five-year plans! Hip hip hooray!

These were prosperous times. 1959 saw the start of production of high-quality Stolichnaya vodka, followed the next year by Yubileynaya vodka. In 1963, the factory completed an 11-year construction project on the main building which it still occupies today. At that time, total production exceeded 10 million liters, then it increased to 20 million liters in 1978, and continued to grow until the mid-1980s (and Mikhail Gorbachev’s prohibition; another swing of the state revenue/public health pendulum). Thanks to innovations such as the addition of more coal columns for filtration, more bottling lines, and better water purification, the factory received several state awards in the late-1960s and early-70s. Then in 1974, it became the first in Karelia to receive the State quality mark – the USSR’s highest distinction rewarding quality products – for one of its vodkas, and in 1976, it was one of the first in Karelia to earn the designation of “High Culture Enterprise” (don’t ask me what this one means).

The factory’s annals do not provide much detail about the transitional period around the collapse of the Soviet Union. In 1988, the factory entered the Petrovskoye Association (which, I assume, was some kind of early perestroika enterprise), and, in 1993, changed its name to Petrovsky. In 1997 it joined the state-owned group RosSpirtProm, a giant in Russia’s production of pure grain alcohol and vodka that’s mostly known for its inefficiency and financial problems. In the words of my hosts, production “goes up and down” (though I suspect it’s gone more down than up) “but work goes on… “

Finally, in 2017, the factory was bought by a Ukrainian businessman, who ostensibly changed its name to Alkovorld (though it remains known as Petrovksy by most people). Thanks to new production equipment, modern water purification, and a new bottling line, the factory is now capable of producing up to 25 million liters a year.

Despite the post-Soviet tumult, the Petrovsky Liqueur and Vodka Factory (or, as I like to call it to keep it simple, the Petrovsky Liquor Factory) never stopped receiving praise from personalities in the arts and in politics. I’m not going to list all the singers, actors, and politicians who have toured the premises, but it will surprise no one that Boris Yeltsin visited the factory more times than anyone else – four times, which seems to go well beyond a president’s mere interest in the well-being of a state property!

I’m sure that this history lesson made you thirsty, so don’t miss my next post, where we’ll go inside the factory and find out how vodka is made!

The Great Russian North, Part 2: How Vodka is Made