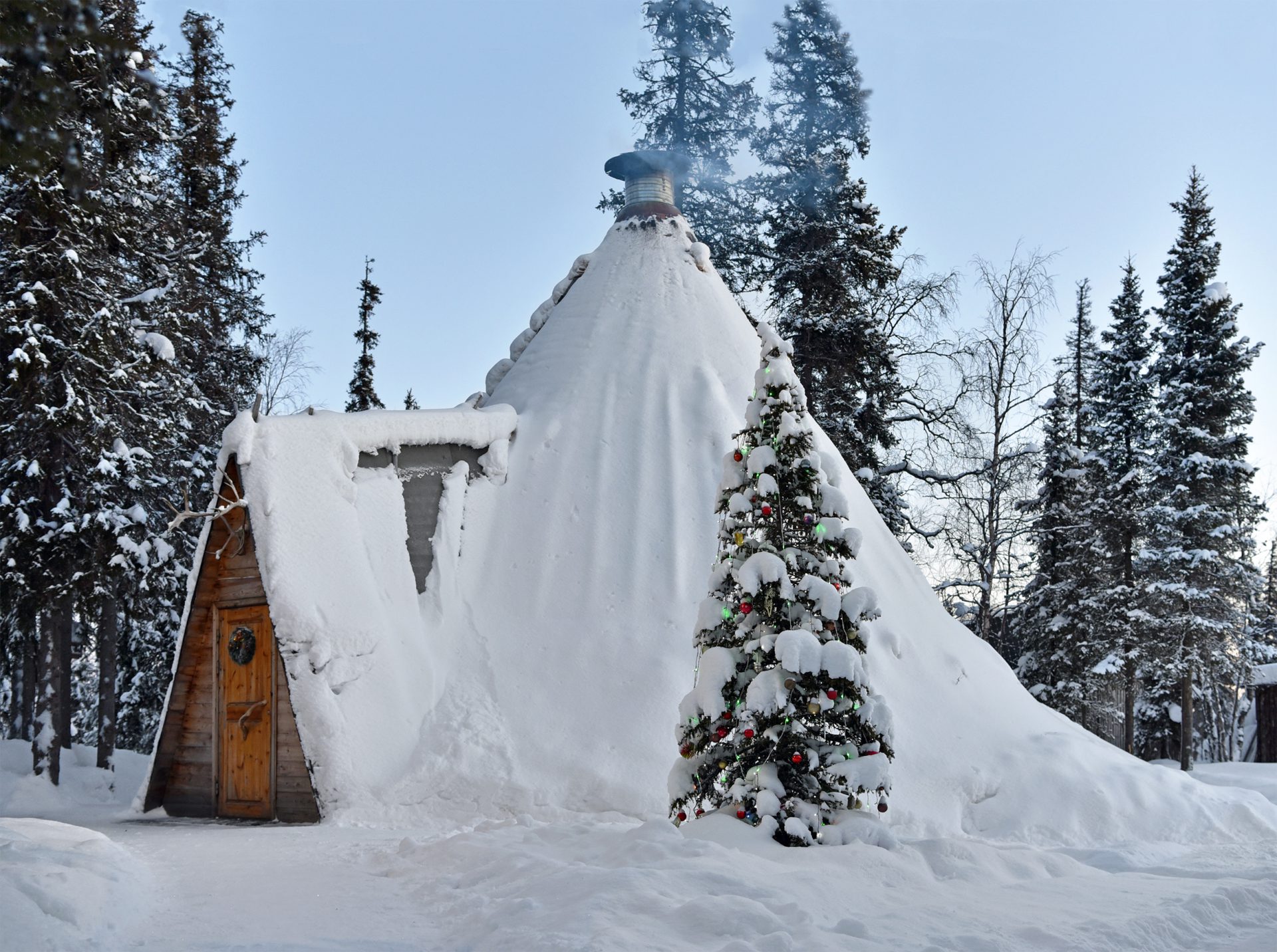 In my last post, I talked about the Sami people and Lovozero, and recounted my snowmobile adventures. I mentioned my stay at the Bear’s Corner camp, located in a secluded bay on the eastern shore of Lake Lovozero, an hour away from the nearest village. Within the camp complex, surrounded by traditional dwellings (named chum or vyezha depending on their shape), the snowmobile sheds, and the Russian banya, stands the most impressive building of all: the central chum. Oozing with local character, its furniture rustic, its fire pit central, and its walls covered with reindeer pelts, the central chum serves as kitchen, dining room, and living room. This is where we’ll be getting a taste of real arctic food à la russe.

The three copious daily meals plus the snacks we took with us when snowmobiling meant we never went hungry. Food at the Bear’s Corner is nothing fancy, but it’s noteworthy as typical Russian home cooking made mostly with local ingredients, not dissimilar to what we saw at the Kolokol tour base on Lake Lacha. In the descriptions that follow, keep in mind that most of the time, nobody told me explicitly what the dishes were, and after long days outdoors, I was often too tired to assail the cook with questions. Maybe once or twice, what I took for reindeer was in fact supermarket meat, who knows…

Lunch starts with a simple soup. The thin broth is made with meat or fish, potatoes, and sometimes a few other vegetables (carrots, onions). The meat comes from reindeer herded in the area. The fish, a mix of pike and whitefish, is caught from the lake.

For dinner, on the other hand, we usually get a cold appetizer: a vegetable salad, or some cured fish or meat.

Reindeer meat is often back for the main course. The reindeer steak, served with fideo noodles topped with grated cheese, is very flat and overcooked, but boasts a noticeable game flavor that I often associate with older animals (older than the typical commercial slaughtering age, at least), without being overpowering. The reindeer stew, mostly meat with a few shredded carrots and minced onions, comes with a plateful of buckwheat kasha. On another occasion, we’re treated to meat (chicken?) scallopini garnished with rice mixed with carrots and onions. Another time, it’s fish cakes, made again with lake fish, with a slightly different side of rice mixed with onions and carrots.

There’s clearly a common theme in all these dishes. Because of the camp’s isolation, the cook has only a small number of ingredients at her disposal, and she favors those with a good shelf life: pasta and cereals, onions, carrots, potatoes. Even back in town, Lovozero being a small village, variety remains limited. The selection gets supplemented with whatever can be farmed, gathered, or caught near the camp.

For breakfast (and sometimes as a dessert after other meals too), we often choose from an assortment of rolls topped with berries – cloudberries and blackcurrants. Some of the rolls are filled with a spoonful of berries too. They’re still mostly dough, but at least the slightly salty dough is quite airy. Another time, the cook brings a plate of freshly baked oladi (pancakes) from the kitchen, and we eat them with slices of cheese and reindeer sausage. The latter is similar to other venison sausages I’ve tried. It’s hard to tell whether it’s really made with reindeer, but it’s possible, since sausages are a convenient way to prepare various less desirable animal cuts and scraps – deer hunters in the US routinely make venison sausages. We generally complete the meal with a bowl of sweetened kasha, made from rice or corn.

One morning, we find an extra dish at the breakfast table… We already saw the large pizza selection at Tundra restaurant in Murmansk, now here’s the boondocks version of the Arctic pizza: thick crust with a tiny bit of tomato sauce, a lot of reindeer sausage, and some generic melted cheese. I doubt anyone in Italy would call this a pizza, but then, nobody in Lovozero called it so, either. I’m just assuming! Nonetheless, I hereby declare that pizza and its derivatives have become an integral part of Russian Arctic cuisine.

And to firmly anchor pizza in the hyperborean gastronomical landscape, next week, I shall unveil my own recipe!

This is fascinating! Thank you for the vicarious vacation and the lovely photos. There’s so much to learn about this world.