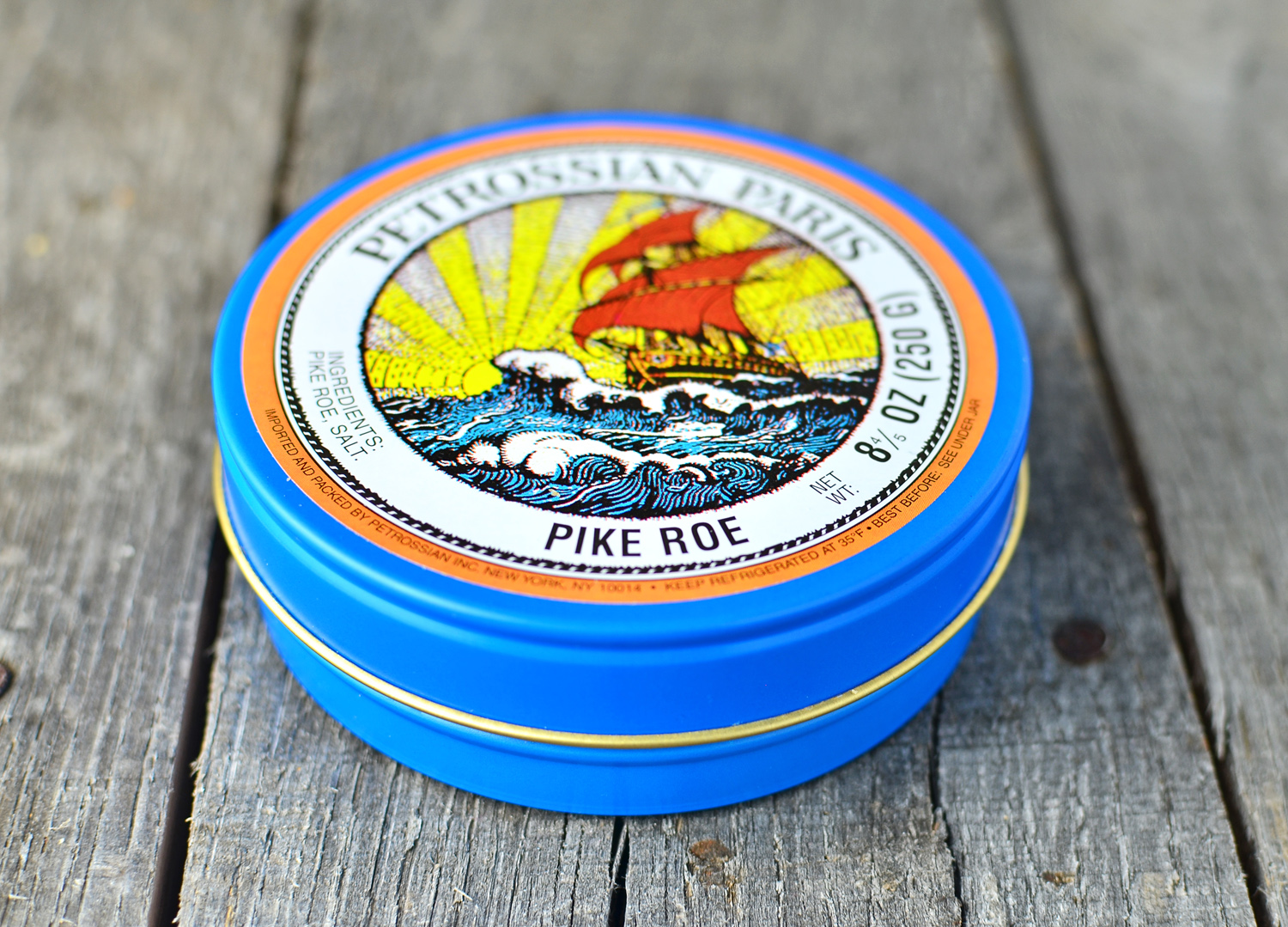 The weather was bitterly cold that March morning, and whiteout conditions were looming. Only a handful of indomitable fishermen (us, obviously) had braved the elements and ventured out on the frozen lake, drilling holes through several feet of ice covered by about as much snow. The fishing was hard, but we persevered, and our efforts did not go unrewarded. Finally, the flag on one of our tip-ups went up. We rushed to that hole in the ice, running painfully through the snow cover, and started fighting to bring to the surface the beast that had gobbled up our bait. Several minutes later, our hands frozen by the cold and burnt by the friction of the line against our raw skin, we pulled out a magnificent pike, at least two-feet long. It was a female, and with spawning season just around the corner, it was full of eggs. As we cut open its belly, toasted bagel in one hand and champagne flute in the other, the roe, a beautiful shade of golden yellow, sparkled on the pristine ice of majestic Lake Ontario.

Yeah… no, that didn’t really happen. Now that spring is here, I can look back at my ice fishing season and tell you it was once again filled with tough times — so much so that I should probably write an article about it. On a recent outing with Captain Bill and his gang, after 8 hours spent on Lake Ontario with a sonar and a good two dozen lines in the water, all we had to show for ourselves was a handful of yellow perch and one pickerel (and wait until I tell you about my other trips). On the long way back, stuck in Cortland, NY in the middle of a snowstorm, then home, while filleting those tiny perch, I managed to find the inspiration to make this burger recipe, and to dream of the better story I could have recounted to my readership, had the fish spent their winter retreat in the places where we expected them to be. Putting on my Vladimir Poutine hat, I, too, started embellishing the facts a little, and imagining fish of epic size. 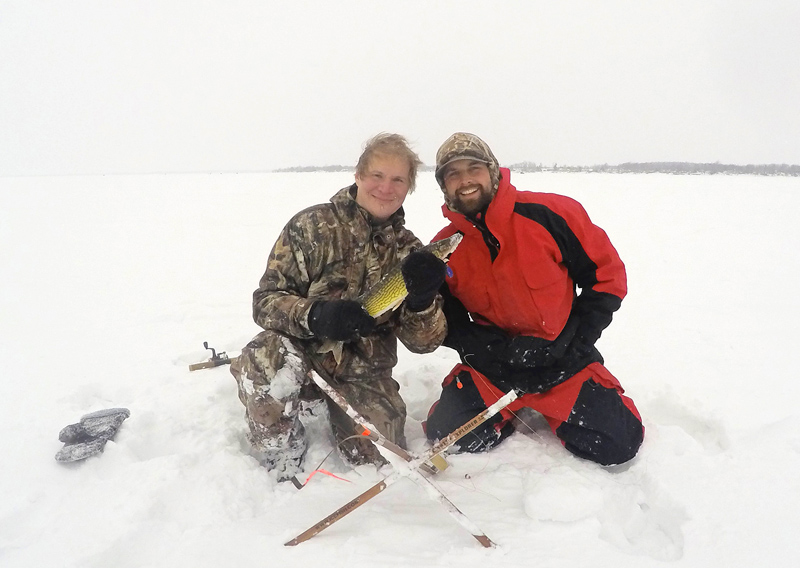 That being said, yellow perch, pickerel, and pike are close relatives. They’re all species we fish for in our Lake Ontario outings, all spawn around the same time in spring, and they don’t taste all that different. So it’s safe to say that you can use them more or less interchangeably in the kitchen, pairing the meat from one species with the roe from another if needed. And to satisfy my delusions of grandeur, I’ve decided today’s recipe will be made with “pike”, regardless of what I actually brought home.

One big difference is the cleaning time, of course. The perch will require patience and practice, and you’ll still only end up with tiny fillets full of bones. At the same time, it can provide a substantial amount of roe, and as I explained recently, it would be a shame to let that go to waste. Hence the burger idea, where the ground perch doesn’t need to be thoroughly boned, and the eggs, spread onto the bun, reinforce the subtle taste of the freshwater fish. I know, I know: there are too many burger recipes on this blog. But they serve a purpose!

If you spent your winter vegging in front of the TV instead of going ice fishing, all is not lost. First, you can use a fish like flounder, which is readily available in stores. Or rainbow trout. Or catfish. Be creative, for Vlad’s sake! Second, you can buy pike roe, although at a sizable cost, whether you go the Petrossian route or find slightly cheaper alternatives.

The rest of the ingredients are much easier to obtain. You might remember the potato bun recipe I posted a couple years ago. Here’s another bun, made with buckwheat flour this time. The buckwheat flavor can easily overpower everything else, so it’s important to tone it down with some plain white flour. The green apple brings both sweetness and sourness, and pairs beautifully with the fish, buckwheat, and celery root. The latter appears in a gratin that I serve on the side and which is loosely adapted from Barbara Kafka’s Vegetable Love. 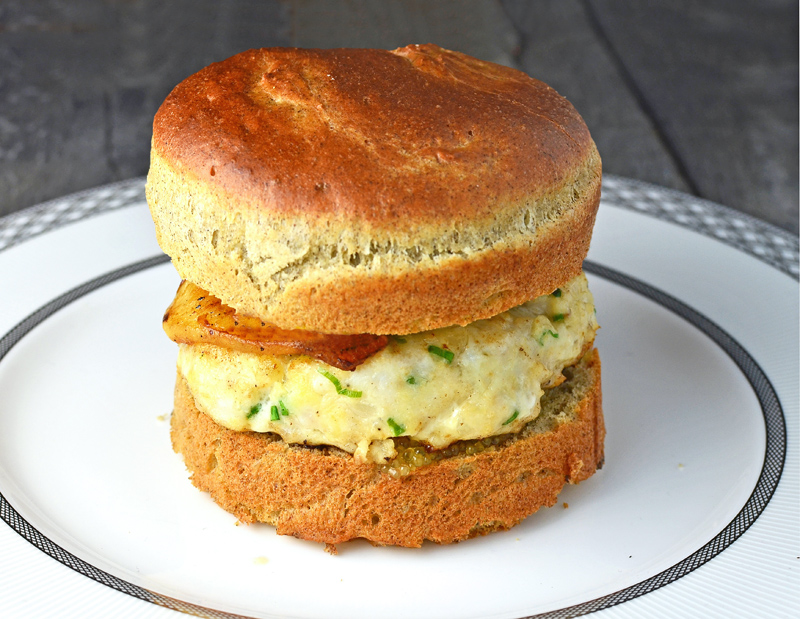 Buckwheat buns
Yields about 4 buns of 3.5 oz each 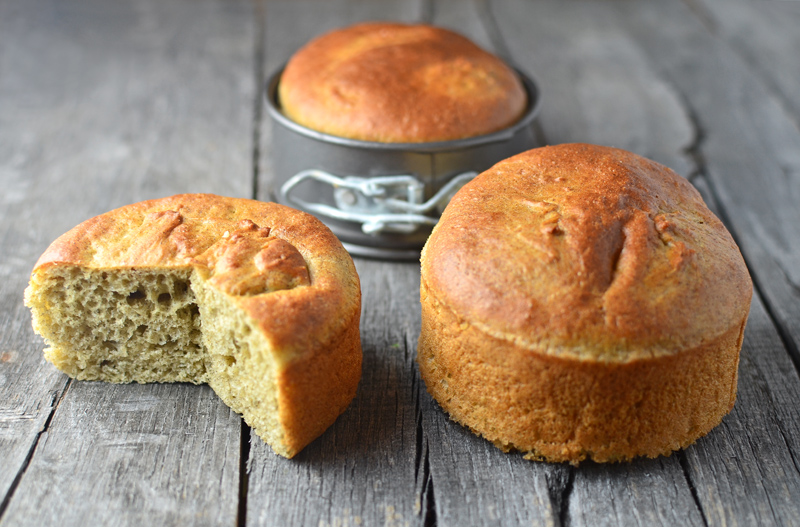 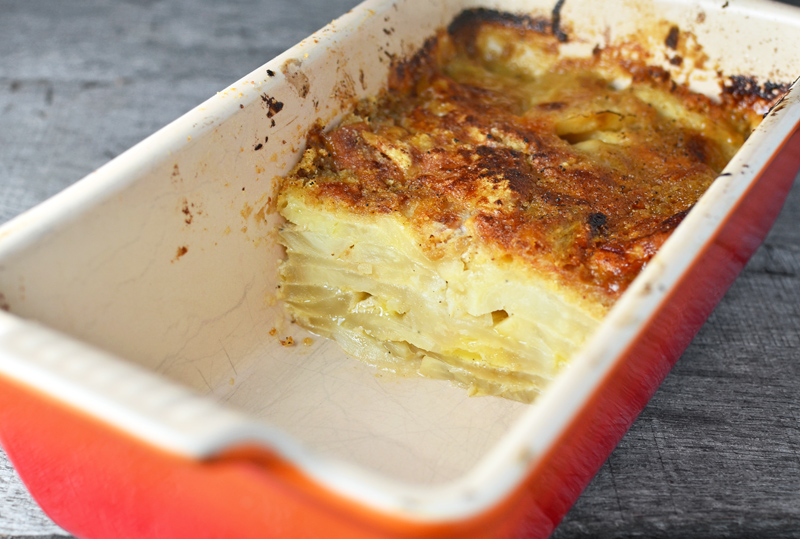 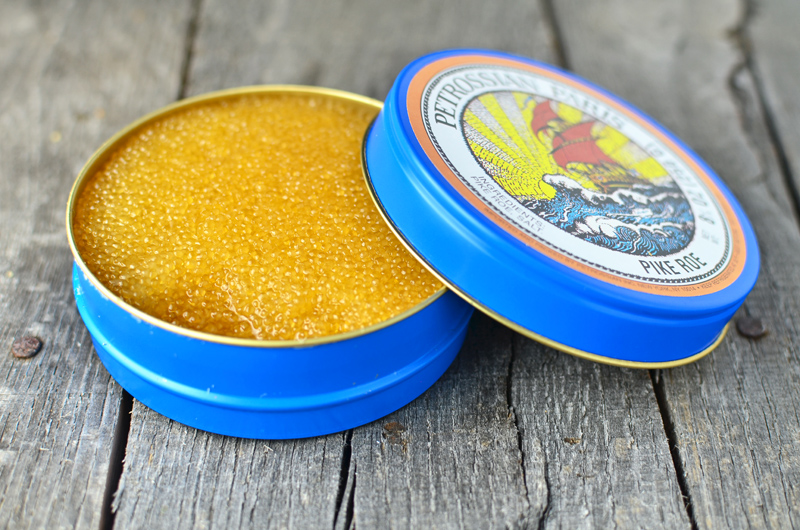