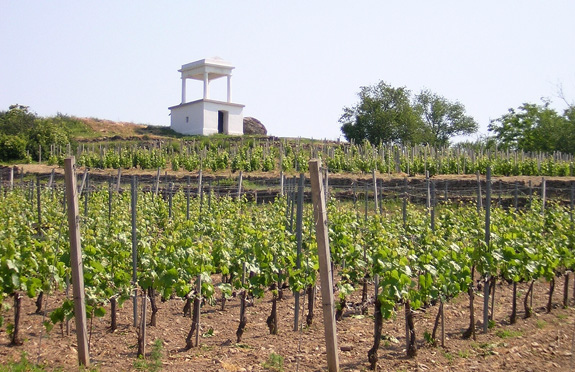 Disznókő is a winery located on the road between Tokaj and Szerencs. It’s usually the first landmark winery that visitors to the region will pass, if driving here from Budapest. The name means “boar stone” in Hungarian, and here’s the story behind the name of the winery, from their website:

The hill behind the Yellow Wine House, where there are still stake supported vines on the secular terraces, is the heart of the Disznókő vineyard. Reaching the top of the hill we can see a small white pavilion, the belvedere. The Lónyai family had it built in the 18thcentury and meant it to be a lookout tower. There is the famous stone called Disznókő beside it. A giant rock that looks as if it had come from the sky. According to the local people’s stories the shape of the rock reminded of a wild boar some time in the past. The slope and the estate were named after this rock.

Truth be told, nowadays the rock bears little resemblance to a boar! The pictures above and below show the aforementioned white pavilion, Yellow Wine House, and slope. 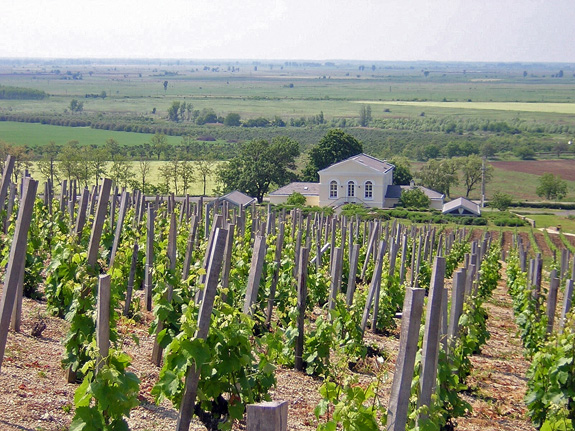 The vineyard changed hands between several Hungarian noble families over the centuries, and it was bought by a French group in the early nineties after the Communist Era. Today, the Yellow Wine House (Sárga Borház in Hungarian) houses a restaurant, while new winemaking facilities have been built nearby on the estate.

I found a few interesting videos in which Disznókő’s general manager, László Mészaros, gives a tour of the vineyard, in French with English subtitles. The French presenter sounds like a complete jerk, but the Hungarian winemaker is informative and the documentary is well made, providing a lot of information on Tokaji wine, You can find the complete version (in French only) here, though the YouTube videos show the most interesting parts:

Okay, onto the wines now: 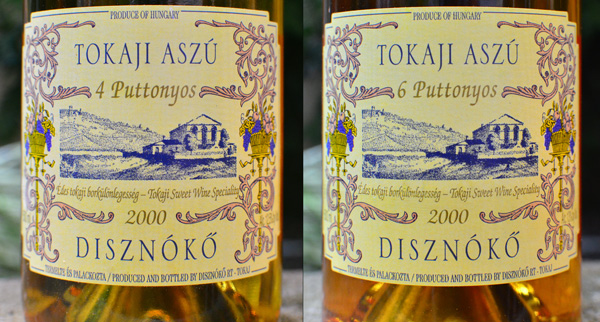 The Disznókő Tokaji Aszú 4 Puttonyos 2000 exhibits a bright golden color. The nose isn’t particularly strong; I could only detect hints of apricot. Oak and lemon dominate on the palate with a quite acidic finish. Not necessarily something I’d buy again.

The Disznókő Tokaji Aszú 6 Puttonyos 2000 is only ever so slightly darker, but the bouquet is much more pronounced, with oak and mango. The taste is less acidic, and I found oak, lemon peel, and caramel. Definitely the more complex and interesting of these two wines.

Both wines are quite traditional, marked by a long aging in wood casks, and lacking fresh, vibrant fruit. They’re not bad, I just don’t find them exciting. 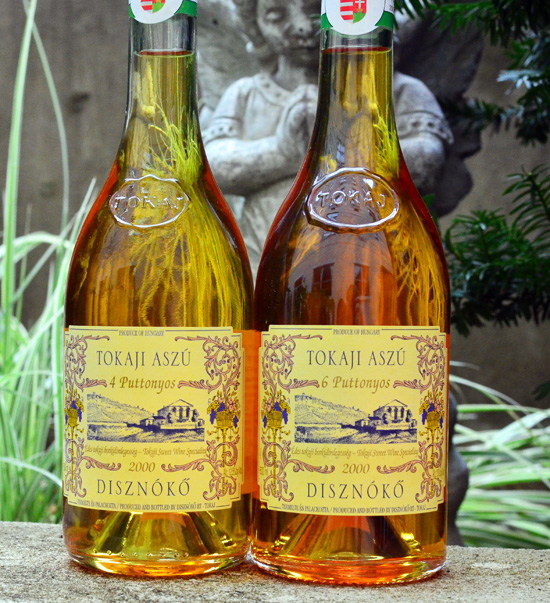