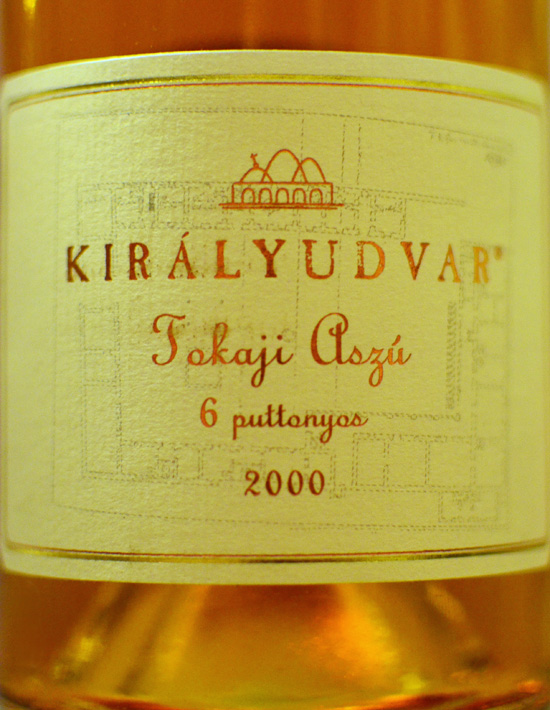 Királyudvar, which means the king’s court in Hungarian, is probably the most renowned of all Tokaji producers. The reason is simple: it makes some of the very best wines and exports to North America, Europe, and Asia.  Located in a 16th century wine-press house in the village of Tarcal, the winery was founded in 1997 and owns parcels in the Lapis, Henye, Percze, Becsek, Danczka, and Nyulászó vineyards. Until 2008, the wines were produced by István Szepsy. 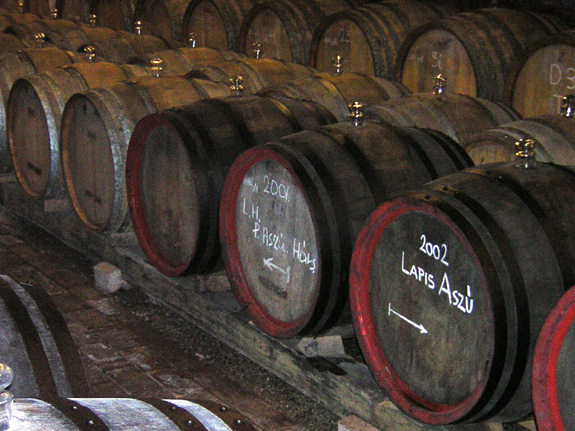 I read on their web site that the winery is now open to the public for tastings, and this is great news. Back in 2004 when we visited, things were a bit more complicated. Only professional visits were accepted. We were tipped off that a group had an appointment the next morning, and that Szepsy, being a sympathetic man, would probably not turn down a couple of enthusiastic tourists looking to tag along. This also meant that we had the grand tasting, a 2-3 hour affair from the dry Furmints to the super-sweet Aszú Eszencia — just count the bottles in the picture below! To this day, this remains one of the greatest tastings I’ve ever had. 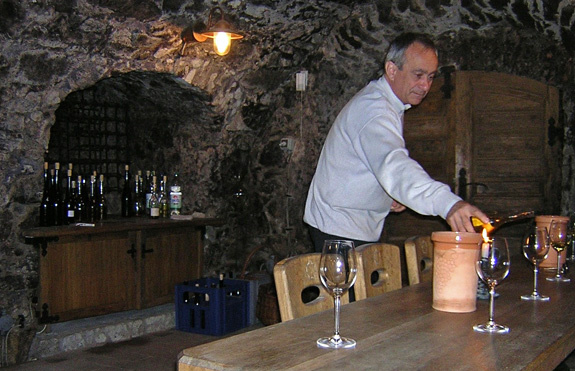 Made up of 70% Furmint and 30% Hárslevelű, the Aszú 6 Puttonyos 2000, we are told, “has a classic Tokaji nose”, and I couldn’t agree more. The golden amber wine smells of caramel and mixed tropical fruits, mostly pineapple and mango. The day after opening, the nose develops into more caramel, with apricot preserves replacing some of the tropical fruits. A perfect example of the outstanding 2000 vintage. 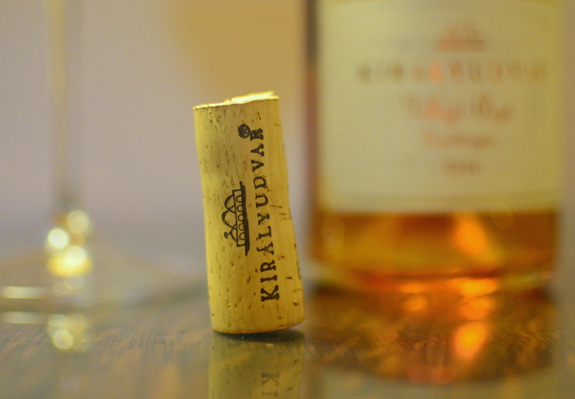 […] already introduced the Királyudvar winery in a recent post. I was pleasantly surprised to find out that they’ve started making sparkling wine, and that […]

[…] quite a good deal at the time of my purchase, but there are better options today — such as the Királyudvar Aszú 6 Puttonyos 2000, available for $65 or […]