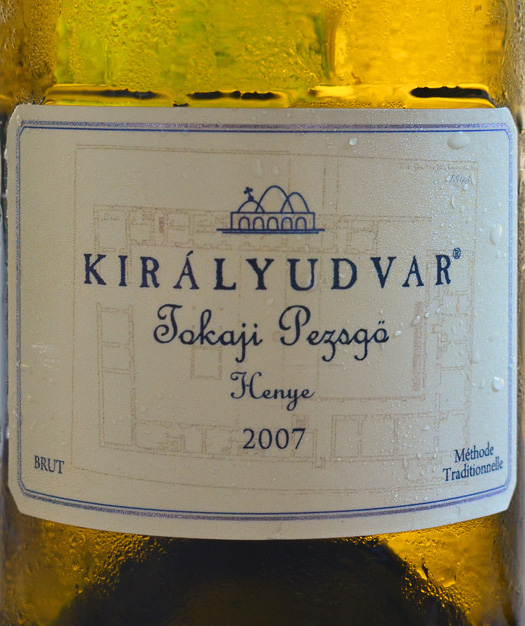 I’ve already introduced the Királyudvar winery in a recent post. I was pleasantly surprised to find out that they’ve started making sparkling wine, and that it’s available, albeit with limited distribution, on the U.S. market. After a field trip to PJ Wine in Inwood, I became the proud owner of a bottle of 2007 pezsgő (sparkler in Hungarian).

Back in the communist days, sparkling wine, like many other things, was an affair of dubious quality. Sure, it was regularly decided to increase production at a frantic pace to give the masses the appearance of a happy, festive life, but wine-growing and fabrication methods weren’t much of a concern. The only producer in Hungary was Törley, and their production reached 30 million bottles annually by the end of the 1980s — not bad for a country with 10 million inhabitants. For those with a very, very sweet tooth, Törley’s offerings included a sweet Tokaji sparkler. (As a matter of fact, they still do, and it’s even imported in the U.S.! I’m tempted to buy a bottle for old times’ sake, and to write about it.) 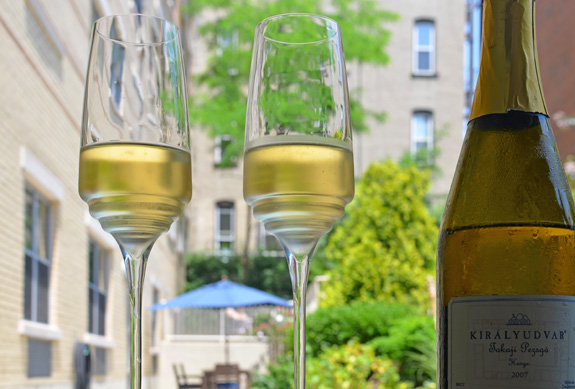 Nowadays, a handful of producers have realized that making a sparkling Tokaji isn’t necessarily a bad idea, and that it doesn’t have to be attrociously sweet. Királyudvar’s Tokaji Pezsgő 2007 was the first sparkling wine produced by the winery, and it’s definitely dry. The grapes, a blend of furmint and harslevelű, come exclusively from the Henye vineyard.

The tasting revealed none of the orange blossom and apple aromas mentioned on Királyudvar’s web site. This wine has evolved quite a bit, and I find lemon and a hint of grapefruit on both the nose and the palate. This is a pleasant wine, without being as outstanding as the winery’s aszú bottlings. And at around $25 a bottle, I consider it a viable alternative to champagne — it’s certainly better than the Spanish, Italian, or German sparkling wines I’ve tried, and I’ll keep my rant about Champagne-champagne for another time. 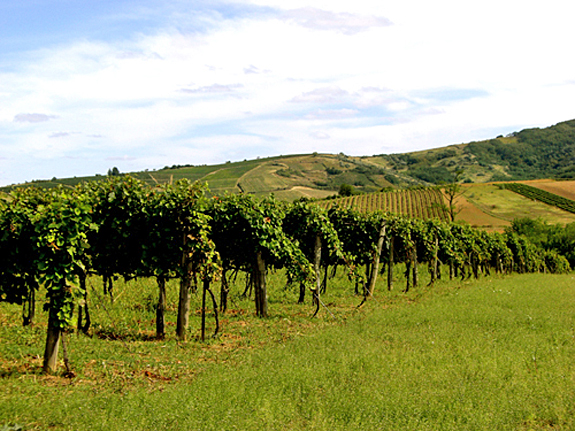