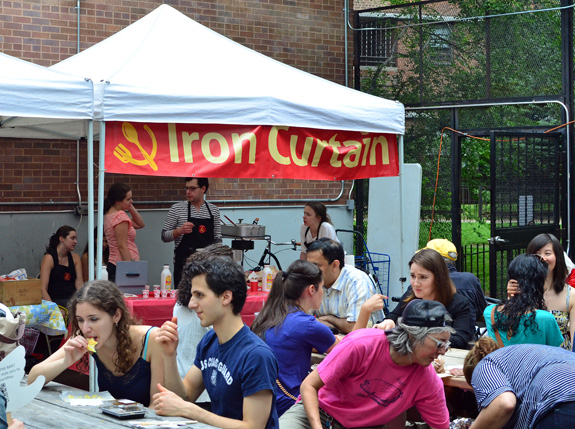 Last weekend, the Hester Street Fair on the Lower East Side had a booth for Iron Curtain, a Facebook page with a not-unfamiliar logo that plans to turn into “a new kind of Soviet restaurant” by the fall. The crew was selling ponchiki, fried balls of dough with lemon filling: 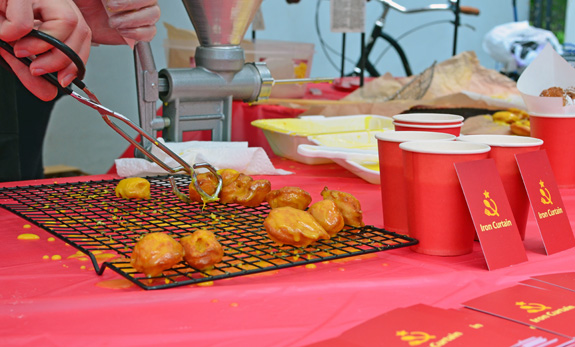 The little nuggets were topped with either confectioner’s sugar or bright yellow icing, the latter making the handling a little bit messy. I wish they had been warmer, but they tasted pretty good — has fried dough with sugar ever tasted bad?

If you missed last weekend’s appearance, Iron Curtain will be at the Dances of Vice Rockabilly Night Market at Dekalb Market on June 22nd. 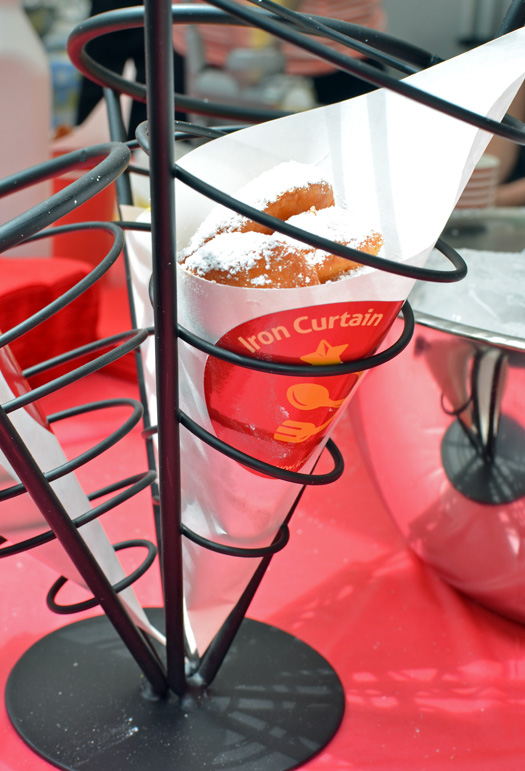 Looks interesting! But I think your logo is way cooler 🙂