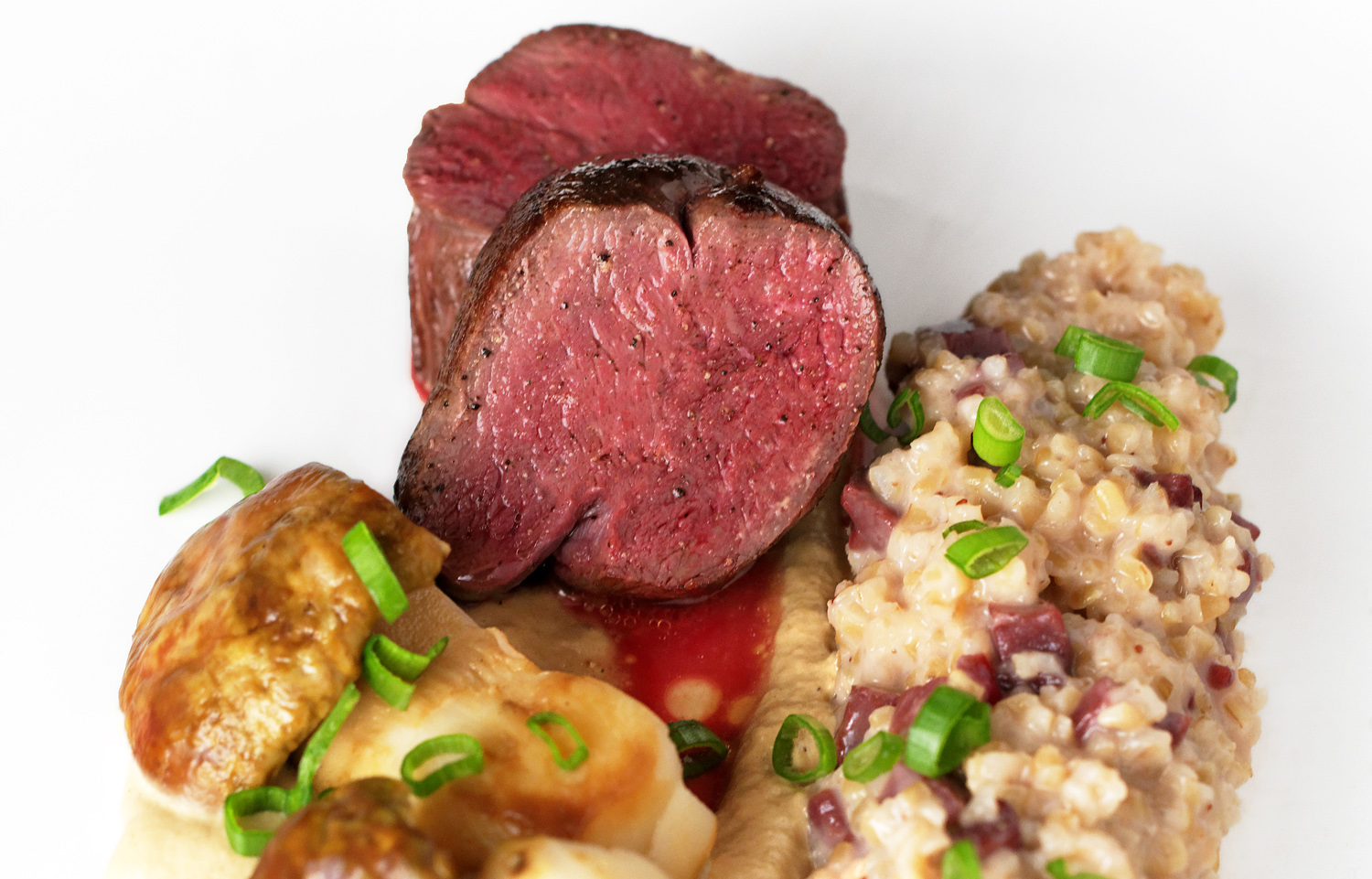 Last month, during a short business trip to Sweden, I visited Stockholm’s venerable Östermalms Saluhall, a food market operating since 1888. While the historic hall is currently closed for renovation, the market has been transplanted to another building nearby. I was searching for something very specific and quite unique, something that you can’t acquire in many places around the world: reindeer meat.

Reindeer, also known as caribou in North America, is mostly native to arctic and subarctic regions. It’s the only domesticated deer in the world, although semi-domesticated would be more accurate, and even then substantial commercial herds are mostly found in northern Norway, Sweden, Finland, and Russia. Perhaps one used to be able to find caribou in Canadian butcher shops and restaurants, but this seems to be no longer the case, as caribou populations have declined sharply there. And if Alaska herds reindeer, they don’t seem to sell too much of it on the internet, and what they sell is typically limited to sausages, ground meat, and meat shavings. Boring! Unless you want to buy live reindeer, which you can do here.

Which leaves us only with northern Russia and the Fennoscandian Peninsula. Only the former is the subject of this blog, but the latter provides much easier access; as in, direct flights from almost anywhere and good availability in stores. At the Östermalms Saluhall, for example, you can buy beautiful reindeer tenderloins and other steaks, reindeer salami, and smoked reindeer.

So what does reindeer meat taste like? Should you really hop on the first plane to Sweden and stock up on chopped, vacuum-sealed Rudolph? To tell you the truth, it’s not that different from other Cervidae. I’ve had reindeer steaks and tartares several times both during and after my trip, and cannot claim that I’ve identified a taste specific to reindeer. Don’t get me wrong — I love it, but I suspect that the animal’s feed plays an important role, and no two reindeer meals I ate really tasted the same. The tenderloin and the steaks tasted somewhat gamey and were quite tender. The cold-smoked reindeer fillet was very, very smoked, to the point where it just felt like a vehicle for the smoke — pleasant, but only when consumed in small amounts. The reindeer salami was a good dried sausage, again with a taste similar to other venison sausages I’ve tried in the past.

Still, an altogether excellent reason to explore the cuisine of the northern confines of Russia. I’ve created a dish that uses several recurring ingredients of this harsh country: reindeer, of course, but also wild mushrooms (often marinated), lingonberries, and smoked meat. I also took inspiration from a recipe I found in Russia’s Cooking: Tradition and Modernity.That recipe was created by brothers Ivan and Sergey Berezutsky, who are currently running a couple of restaurants in Moscow (Twins and Wine & Crab) and at some point seem to have created a series of dishes inspired by Russia’s Northwest, from Murmansk to Karelia.