Last summer, after touring Moldova, we crossed the border with Ukraine and headed towards Odessa. The goal wasn’t really Odessa itself, which I had already visited, but a remote village called Vylkove (Vilkovo, in Russian).

Vylkove takes its name from vilka, which means fork, on account of its location in the Danube Delta. Although the town is nicknamed “The Venice of Ukraine”, you’d have to be blind or seriously drunk to confuse the two. Don’t expect any sumptuous palace, carnival, or herds of tourists; Vylkove is just a little fishing village. 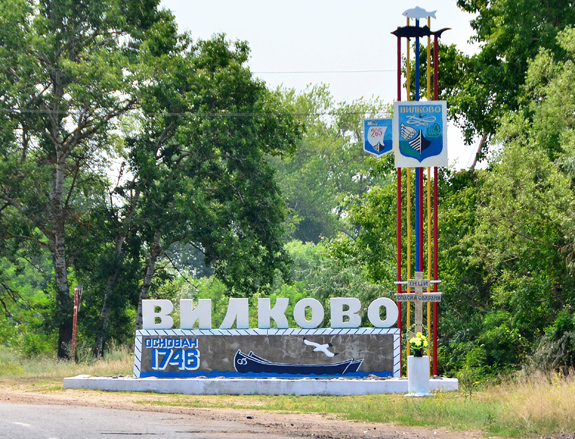 Indeed, Vylkove isn’t an easily accessible destination for tourists. Hidden in a small southern corner of Ukraine that borders Romania — an area that’s now the southernmost point in Ukraine, if Putin’s newly drawn borders are to be believed — the village is several hours away from any other point of interest or transportation hub. It takes over 3 hours to get there from Odessa, and you’ll pretty much have to take the same road back (more on this later). The only attraction on the road would be Bilhorod-Dnistrovskyi, and even that will be a detour. You could also drive 3 hours to the Romanian border, but I don’t really know what you’d do after getting there — that part of Romania is a rather unattractive backwater. Going to southwestern Moldova could be another option, but you should know by now that there isn’t all that much to see in Moldova. Even Odessa isn’t exactly the epicenter of tourism, except for those men looking for mail-order brides or a Russian version of Ibiza. And it’s a 6 hour drive to Kiev. So all in all, assume it will take you 1 day to get in and 1 day to get out.

All that aside, here’s a bit more information for prospective travelers to Vylkove. Most likely you’ll go to Odessa first (see above). Once there, looking at a map or with the help of your favorite GPS navigation system, you’d certainly conclude that the best road is the one that sticks to the shore of the Black Sea as much as possible. After all, Odessa’s on the Black Sea, Vylkove’s in the Danube Delta, and this road draws a fairly straight line between the two points, right? Well… bad idea, unless you have an SUV. In several spots, there are so many potholes that people prefer driving on the dirt track that borders the asphalt. 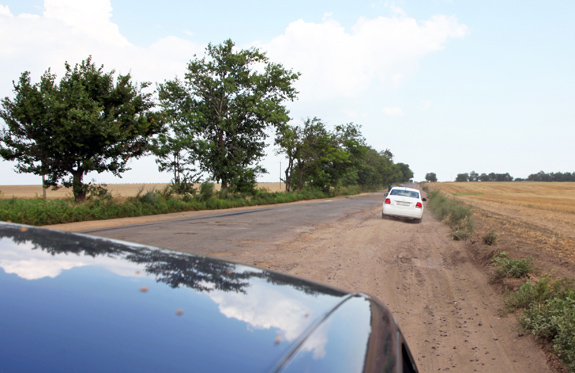 The better option is the E87, passing Mayaky and the Lower Dniester National Park. This road will take you through Moldova for a few minutes, but given that you’re only driving something like 5 kilometers outside of Ukraine, the border crossing has been simplified: as long as you remain on the main road, you receive a piece of paper when entering Moldova, without even showing your passport, and you return that same paper when you re-enter Ukraine a few minutes later. The line for the famous piece of paper (a tiny hand-written square that I forgot to photograph) only takes a couple minutes, and the officer didn’t even care where we were going. 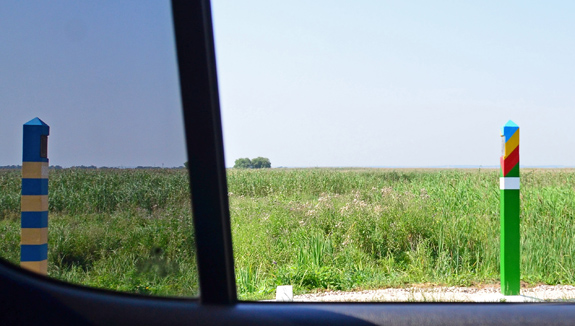 As you get close to Vylkove, though, the road will deteriorate. You can still drive on it with a compact car without bothering to slow down, as long as you don’t mind ruining the car’s shock absorbers (that’s what rentals are for). But at least the produce looks great! Here are some roadside vendors in one of the tiny villages along the way: 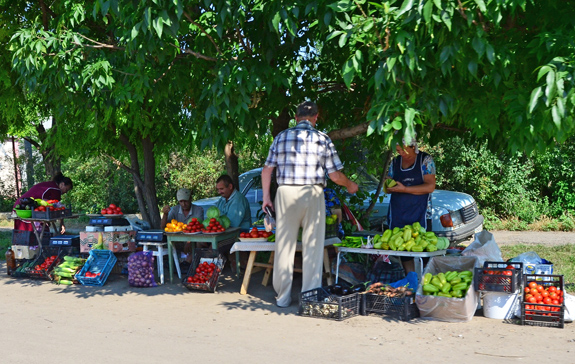 And in case you thought that the Caucasus and Central Asia had the monopoly on watermelon, you’ll also see plenty in Ukraine. Ukraine is the 14th largest producer of watermelon in the world, well ahead of Azerbaijan (30th) but behind Uzbekistan (7th) and Russia (8th) by a factor of approximately 2. However, it should be mentioned that the top country, China, produces more watermelon than all of the others together! 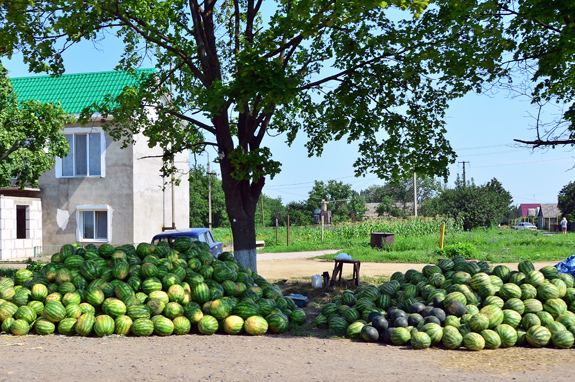 So what is there to see and do in Vylkove? The town has its share of Soviet relics, since like most post-Soviet sleepy towns, it never bothered removing them after the collapse of the Empire. In addition to the sign at the town entrance, there’s the inevitable Lenin statue, plus a few abandoned buildings — some of which still bearing the marks of socialism — though nothing particularly noteworthy. 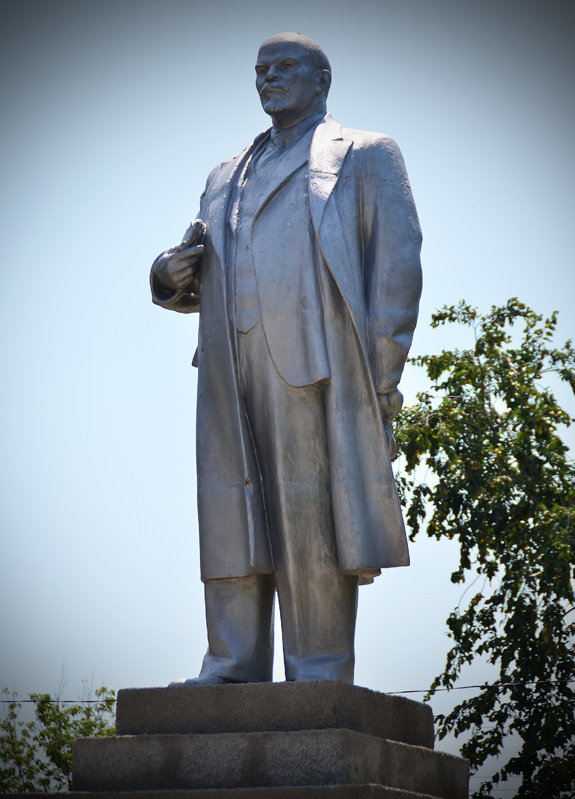 But one of the top reasons to go to Vylkove is the Danube Delta, its biosphere reserve, and its fauna. Although, all things considered, you might want to go to Romania instead because most of the reserve is on their side of the border, and the closest crossing is nowhere near, even if that is Romania right there across the river. Plus, what does bird watching have to do with a food blog? Here at Food Perestroika, when we see an interesting bird we take out our shotgun, not our binoculars.

Maybe, then, the main attraction is the canals. Built by the original settlers, the waterways are certainly worth a tour — I hear there are more boats than cars in Vylkove. A few hours on a small motor boat with a guide will let you navigate some of the most picturesque canals, all the way to “kilometer zero”, the point where the Danube flows into the Black Sea, a place of particular significance in Eastern Europe considering that the river crosses no less than 8 Eastern European countries. 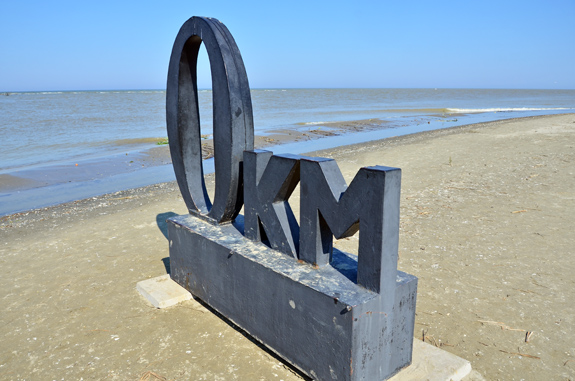 Yet the canals are really just a means to an end. And that end is two-fold: wining and fishing.

Let’s start with the wine. The canals’ banks are dotted with vineyards, and the waterways are used both for irrigation and to transport the grapes after harvest. The local wine, mostly red, is called novak, after the varietal it’s made of, which is a close relative to Isabella grapes. When I hear wine and Isabella in the same sentence, I usually prepare for the worst. Abkhazian wine, by far the most disgusting red wine I’ve ever tried, is made from Isabella. Vylkove’s novak, however, fares somewhat better. While I’ve tried some bad instances reminiscent of artificial grape flavor, I also drank a very nice one (fruity and vegetal notes, simple but refreshing) at a “winery” where our guide stopped during our boat tour. This being an artisanal production (nearly every household makes their own), it doesn’t follow any rules, and people have been known to use a variety of additives: sugar, water, apple juice, strawberry preserves… If you want to see how novak is made, check out this amusing video:

Now for the fishing and the fish. First stop: the central market. 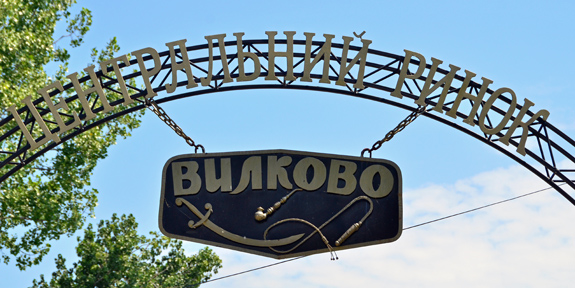 Vylkove’s market, its sign decorated with Cossack symbols (also present on the town’s coat of arms, because the town was founded by Zaporozhian Cossacks and Lipovans) is a must-see for anybody interested in food. What makes it different from your typical market is the selection of local fish, fresh or smoked. 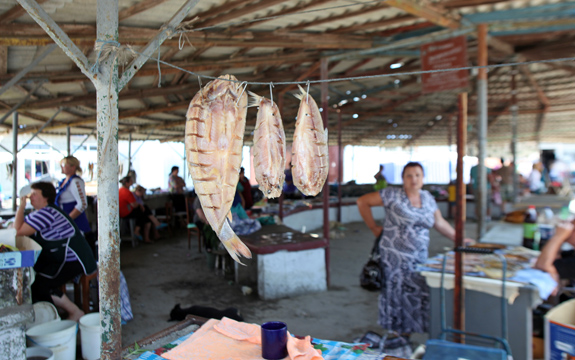 Some fish are easier to recognize than others. For example, the catfish (most likely this species) and their ugly heads. The wels catfish can reach 4 m in length for a weight of 400 kg, which makes it the second largest freshwater fish in its region after the beluga sturgeon (assuming there are any of those left!). Larger specimens eat frogs, mice, rats, and aquatic birds, and are not recommended for human consumption… 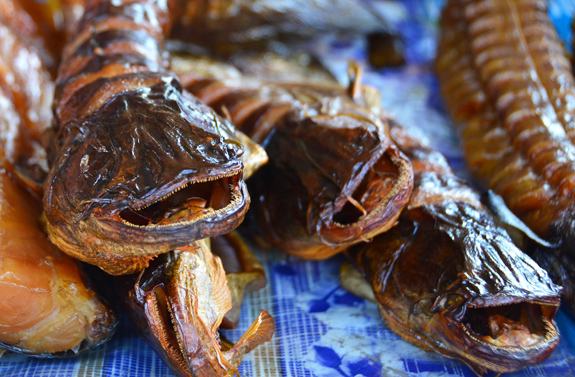 And there’s this fish that looks like salmon. Black sea salmon, maybe? Since there were no signs anywhere and I was already pissing everyone off with my picture-taking, I wasn’t able to obtain much information about what was on display… 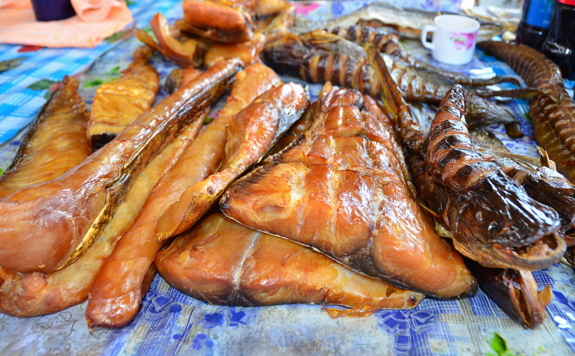 My best guess is that the fresh fish were carp and catfish. As for the smoked fish, in addition to the aforementioned Black Sea salmon and wels catfish, I’m leaning towards perch and small members of the bream and carp families. Once they’ve been split in half and hot-smoked, small fish tend to all look the same… 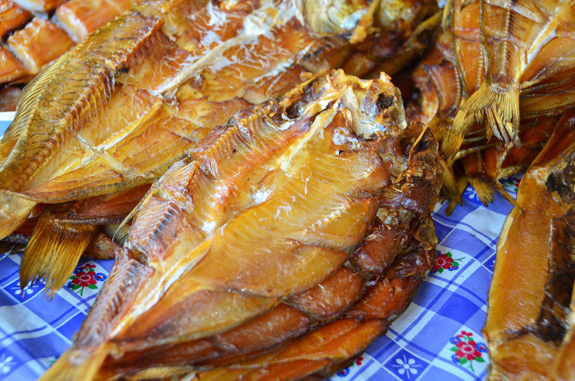 If you want to try your luck at catching your own fish in Vylkove, Pelican Tour offers some nice cottages right on the canals. They organize a number of boats and guides available for tours, whether you’re interested in bird watching, fishing, trying some wine, or simply enjoying the landscape. According to their web site, you can hope to catch catfish (som in Russian), common carp (sazan), asp (zheryekh), pike-perch (sudak), crucian carp (karas), perch (okun), silver bream (gustera), common bream (lesch), and a few others — there are over 100 fish species in the Danube Delta.

The cottage complex also includes a small café, a rustic sauna, and a pond of overfed panfish for catch and release. While this is a great little fishing resort, you should still be sure to bring everything you need with you. Unless you’re a Paleo Diet extremist and want to fish with a wooden stick, bring your rod and tackle (there are some good fishing stores in Odessa, if you need one). Get plenty of booze ahead of time, as the wine they sell at the café isn’t worth it, and I don’t remember them selling hard liquor. And the food we ordered for dinner was rather mediocre, so even there you might want to plan for your own shashlyks or stock up on smoked fish back at the town market.

Time to get back to Odessa. In my next snapshot, I’ll take you to another market: the famous Privoz.

What an interesting story about life off the beaten-path and away from the tourist destinations. Thanks for sharing, I enjoyed reading about the smoked fish. Reminded me of my childhood when I visited my great grandmother in Germany and ate smoked fish at her kitchen table.