If you follow me on Twitter, you’ve probably seen some recent tweets about my upcoming talk on the Future of Food at TED@IBM. One of themes I’ll be discussing is food waste, and how recipe-generating Chef Watson can help. About 1/3 of the food produced worldwide is wasted, and consumers have their share of responsibility. According to a recent article on Yahoo, the five most wasted foods at home are sour cream, produce (especially celery), fresh herbs (like parsley and cilantro), citrus, and bread. So I decided to give Chef Watson a spin. I tried to input all five ingredients and create something with a Russian influence. The system offered me a few options. Crostini was probably the most straightforward dish to use large amounts of these ingredients, but sandwiches and burgers seemed more creative to me. I went for the awkwardly named “Russian celery, parsley, lemon juice, sour cream and bread” burger. 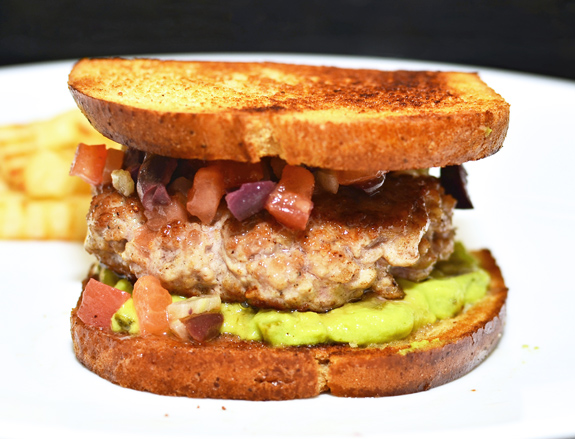 Chef Watson got back to me with ideas that were both inspiring and slightly puzzling. I have to admit some of the ingredients aren’t all that quintessentially Russian. Fennel and olives, really? That might make sense in Bulgaria, but much less so in Russia. However, a) all the ingredients go really well together, b) I can live with a Russian-Bulgarian burger, and c) there are indeed many Russian elements: the tomatoes, pickles, sour cream, rye bread, and veal. Besides, all in all, this is a really good burger.

The key to using our five most wasted ingredients is the celery ketchup, which is inspired by Heston Blumenthal’s cucumber ketchup. It will definitely help you get rid of plenty of celery and lemon juice. Depending on what you have on hand, you could increase the amounts of parsley and sour cream, and add some lemon zest — this is a pretty flexible recipe. As a reminder, the gellan F, which gives the ketchup most of its texture, can be purchased here. 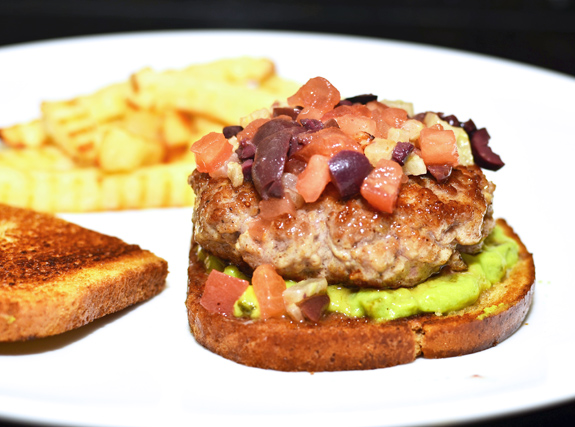 Wow, that is a really creative dish. I guess you could call it a nouveau kotleta 😉