After reviewing the savory menu at Andre’s Café last week, I am back to report on Andre’s Hungarian Strudels & Pastries. The pastry shop has three locations, the “flagship store” being in Forest Hills. I visited the 2nd Avenue branch, a.k.a. Andre’s Café — the only branch that serves savory food in addition to the desserts. (FYI, I noticed on Google Street View that the Health Department gave the 1st Avenue outpost a C, the first C I’ve ever seen so far! It has since been changed to an A, even though the mice violation remains).  Of course, all the pastries can be had to go, and the web site will even ship anywhere in the US. 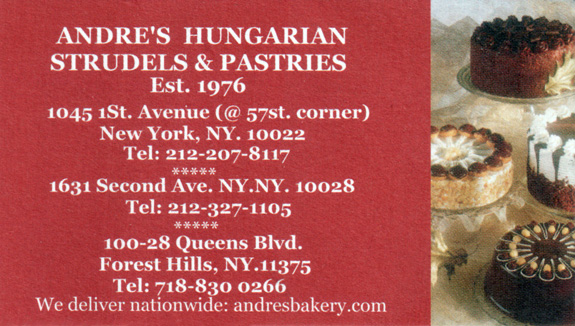 We started with a few Hungarian  classics. The Dobos torte, a sponge cake layered with chocolate buttercream and topped with a hard caramel glaze, contained too much sponge cake. In general, this is really a dessert that would benefit from an update. Nobody’s impressed by buttercream anymore, and what’s the point of having 5 layers if they’re all identical? 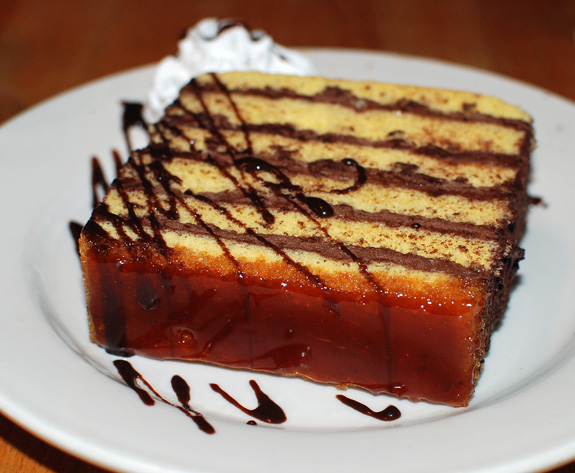 The Rigo Jancsi, a cake with a chocolate and cream filling sandwiched between two layers of chocolate sponge, was a bit heavy and too rich. The recipe is over a hundred years old and you can tell. The original is supposed to include a very thin apricot jam layer, but I didn’t taste any of it here. The chocolate glaze on top also had an unexpected mint flavor, and it just so happens that I don’t like mint with chocolate. 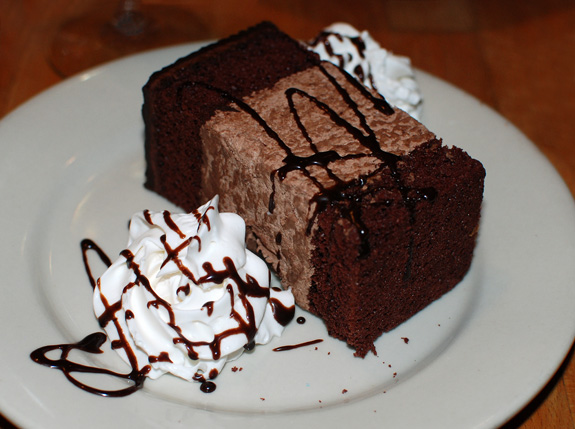 The hazelnut triangle, a dense hazelnut cake coated in chocolate, was equally disappointing, as the hazelnuts made it pretty dry. 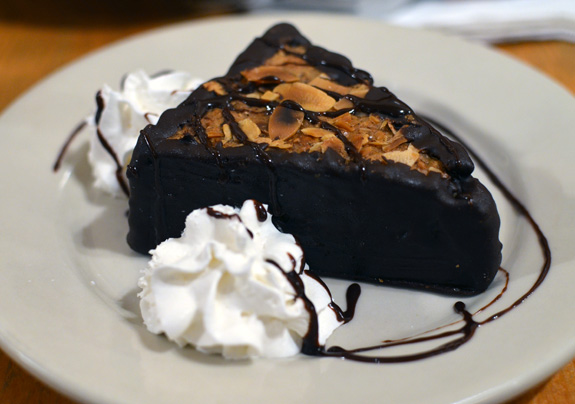 There were a couple of other chocolate desserts which I suspect were more appetizing than really tasty. I know for a fact that the chocolate mousse cup was made of the same heavy filling as the Rigo Jancsi. 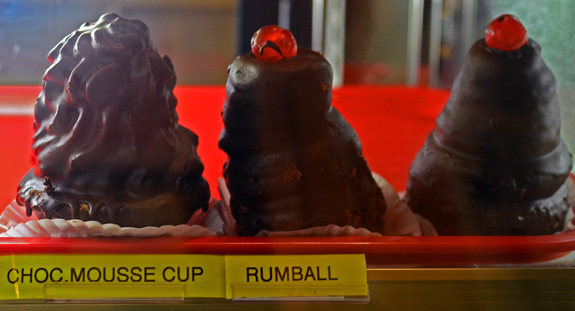 In a completely different category, the sour cherry and cheese strudel was very good. The strudel dough was excellent (just like in the savory strudels), and combined with the filling, it was certainly the best of the desserts we tried. 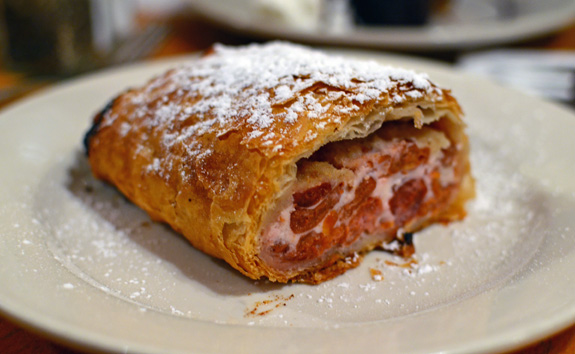 The plain cheesecake was of the dense, cream cheese variety — why am I not surprised! — not the ricotta kind. This wasn’t a bad thing, and I do expect cheesecake to be rich. Even though the sponge cake at the bottom wasn’t my favorite, the cheese mixture tasted good, and the “burnt top” added some extra flavor. 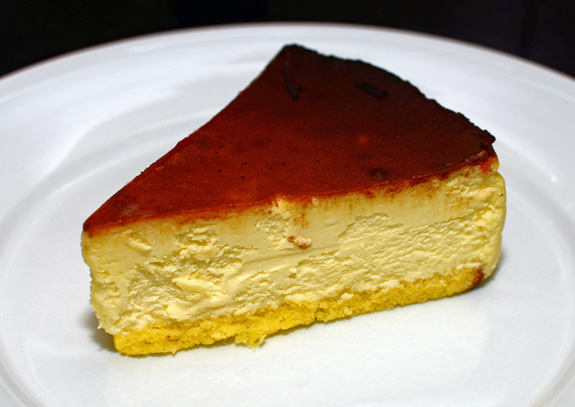 The fruit rugelach contained raisins, nuts, and candied fruits. They also come in a sugar-free version, just in case you’re having some regrets after that giant and not-so-yummy chocolate dessert. Here again the dough was very good, but we kept wishing the filling was chocolate instead. Chocolate rugelach is just plain hard to beat (it’s pretty good hangover food, too). 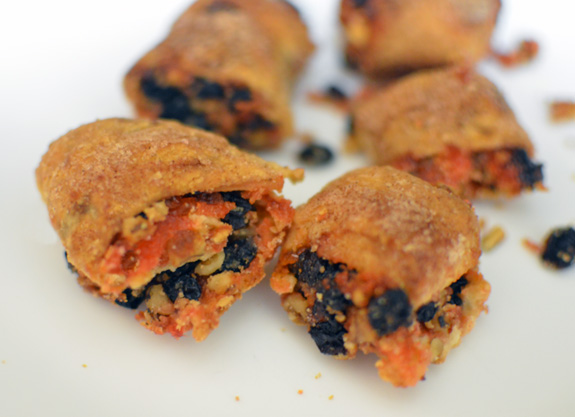 There are really 2 groups of desserts at Andre’s: the chocolate ones, which are just passable, and the rest, which ranges from good to very good. Choose wisely! 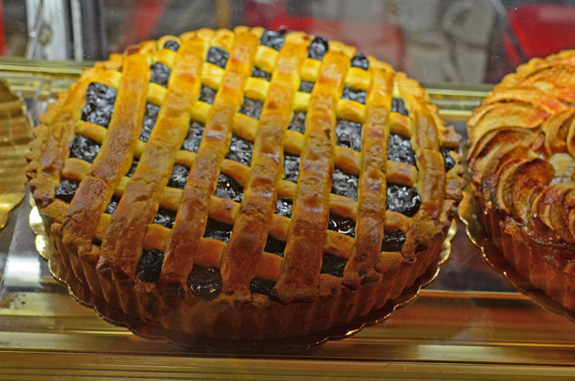