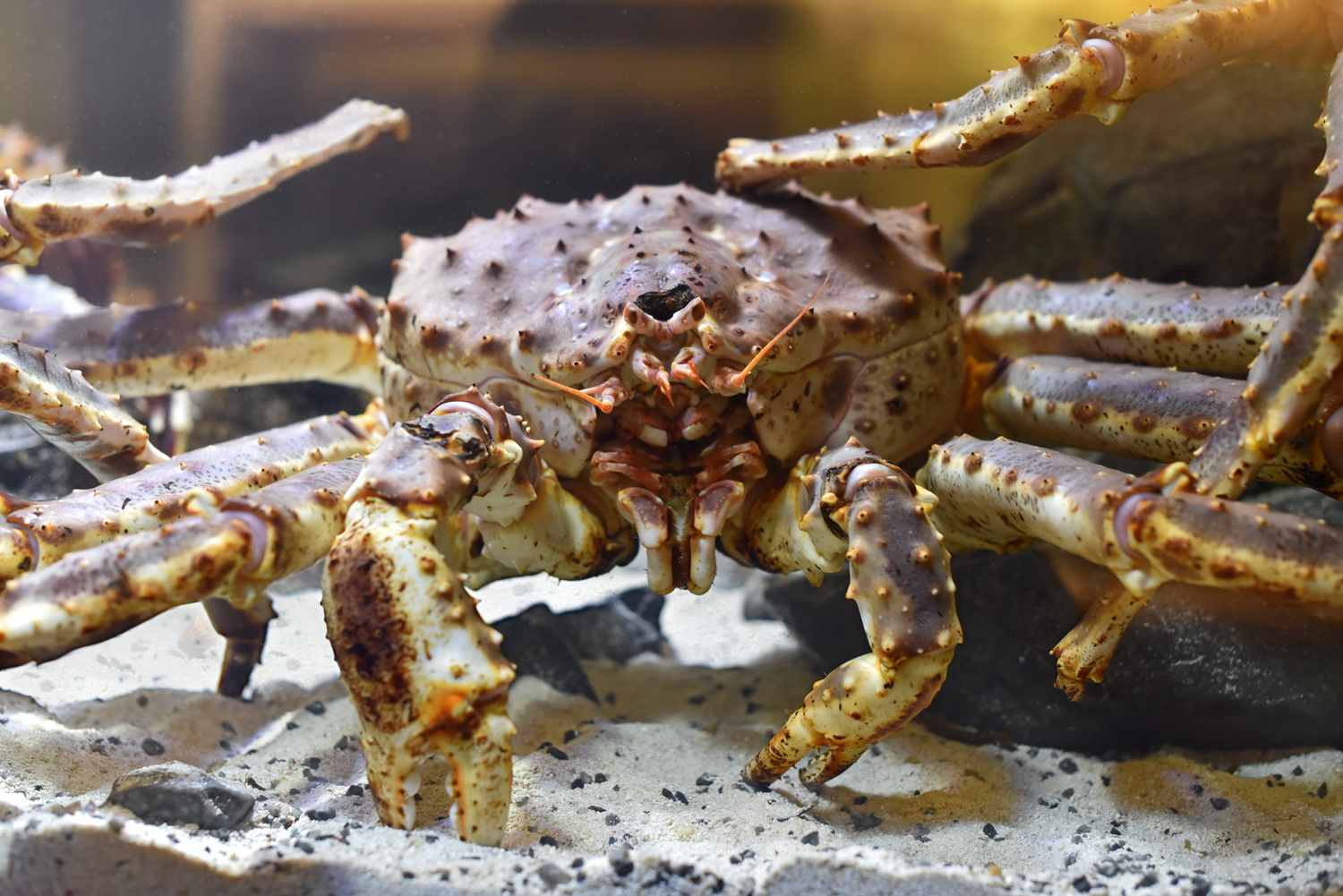 The pair, originally from the Krasnodar region, first gained fame separately, training at different acclaimed restaurants and winning a variety of gastronomic prizes. Sergey worked with Anatoly Komm at the late Varvary restaurant, and in the US at Grant Achatz‘s Alinea. He was named Young Chef of the Year at the 2014 San Pellegrino Cooking Cup, where some of his winning competition dishes included: mackerel with watermelon, crispy beetroot “risotto” and chechil cheese; langoustines two ways with artichokes smoked in birch bark, zucchini and tomatoes; Dagestan lamb shoulder with pomegranate sauce, onions and popcorn.

Meanwhile, Ivan worked at Ferran Adrià‘s El Bulli and at El Celler de Can Roca. His most publicized creation is the black square, inspired by and resembling Malevich’s masterpiece: marinated halibut, poached quail egg, marinated radish, potato mousse, all hidden under a mirror of squid ink. A hat tip to the images recently discovered under the suprematist’s painting? Ivan, fond of such modernist tricks, has given various explanations…

In fact, reading interviews given by the two brothers, I often see one thing and then its contrary. In an interview from 2013, Ivan waxes lyrical about the importance of never stopping learning from other chefs, of being able to “swallow your pride, go far away and tell some young brat: teach me.” Then in a joint 2018 interview with Sergey, following the opening of Twins Garden (successor to their first Moscow restaurant, Twins): “We believe that it is necessary to avoid being inspired by other chefs. First of all, we are inspired by products. We have had an interest in Russian products since childhood.”

In that same 2013 interview, Ivan declares: “It’s very easy to prepare fresh lobster, it’s more interesting to make something nobody makes.” Four years later, Wine & Crab seems to suggest that he picked the easy way after all…

So let’s let the two brothers sort out their philosophy later, and focus on  Wine & Crab and its food. While the restaurant offers sidewalk dining on the warmer days, in winter it’s confined to a basement room with a domed turquoise ceiling, where the white walls and sober decor are compensated by a large central tank full of live crabs.

Wine & Crab serves 8 varieties of crab, simply boiled and served cold: snow crab, king crab from the Kamchatka Peninsula (whole crabs) and
Murmansk (claws only, probably because commercial fishery is currently forbidden there but you can take a claw without killing the crab!), blue king crab, hairy crab, Hanasaki crab, blue swimmer crab, and frog crab. If at least the last two don’t come from Russia, the others do. The twins claim to place an emphasis on provenance, following the sanction-fueled trend of renewed interest in local ingredients (read my previous posts).

Other than the above, the menu is quite short, with less than twenty dishes, all of which contain crab. Several entries are nods to traditional dishes: cabbage rolls, pelmeni, Pozharsky cutlets, adjika, sausages… with crab. Then you’ve got a tomato soup, a salad, a pie, toasties, fettuccine, a casserole… with crab.

The meal starts with crab butter of course: salted butter, slightly flavored with crab, and whipped. I’m not quite sure how it’s made (plain butter mixed with crab oil perhaps?), but it’s very good.

From the crab selection, the king crab is a safe bet. A leg from the Kamchatka peninsula plus a claw from Murmansk makes a good appetizer for one. The shell is pre-cut, so diners are less prone to repainting the walls with crab juice. Both pieces are really excellent, perfectly cooked, with very flavorful and tender meat. They come with a spicy mayo (supposedly an aioli), melted butter, and lemon. I think I like the claw a tiny bit better than the leg.

The crab pelmeni are just as outstanding. The inside is probably 100% crab, and then there’s some more crab meat on top, just in case. The thin-skinned  dumplings are perfectly cooked, served in a light sauce probably made cream, herbs (there must be some dill), and stock. The dish is garnished with dill sprigs, and curled slivers of raw celery root and scallion greens.

The crab sausage consists once again of a lot of crab and not much else – just some herbs and tomato. Another winner: great texture, not too compact, not overcooked. It really tastes a lot like crab. Maybe it could be a little bit spicier, as I always find that a pinch of cayenne pairs wonderfully with crab. It’s served with roasted potatoes, arugula, green beans, and cherry tomatoes. Even the cherry tomatoes – in Moscow in November – are excellent! The sauce is a good broth but probably the least interesting part of the dish.

This is getting repetitive… The crab Pozharsky cutlet is also delicious and also made with almost 100% crab, plus a bit of chives and a red pepper brunoise. It’s covered with cute little bread squares and sautéed in butter. Accompaniments: a great, unctuous potato purée that tastes like it’s made with cream (rather than butter, for example); a well-balanced mustard grain sauce with mustard seeds, chives, and cream; and some charred lettuce for a touch of green and bitterness.

Now that we’ve tasted the crab, let’s talk about the wine. Wine & Crab offers
over 700 labels that can be searched using an iPad, plus the advice of sommelier Sergey Antonov. Considering that the menu is very short and that every dish contains crab, such a vast selection of wine seems a curious choice. This is not a wine bar – it has none of the atmosphere, not with those giant crabs staring at you from an aquarium in a basement. And besides, perhaps due to the high prices of foreign wines (or just because Russia’s wine consumption per capita remains far behind Western Europe or even North America), wine bars remain scarce in Moscow. So why on Earth would one come here to drink a $4,000 bottle of Petrus 1995, or even a $50 bottle of ordinary Australian Shiraz, with seafood?

Leaving this question aside for another day, let’s just appreciate that there’s good wine to be had here. My glass of Viognier from Gaikodzor (in the Kuban region), was a bit young but had an interesting nose with citrus and mineral notes.

Throughout the entire lunch, the restaurant was completely empty. As I’ve alluded briefly in previous posts, frequentation seems to be a major issue for many of the places where we ate during our trip to Moscow. For all the Russian Ingredient Revival! that The Sanctions created, the resulting financial crisis also made a serious dent in the population’s purchasing power. You’re way more likely to find people eating the cheap lunch formula at Kazan Chay Bar than blowing $30-40 for crab with a glass of wine. Even at dinner, it takes some serious credentials for the more high-end establishments to fill their dining rooms every day. When I contacted them to reserve tables several weeks ahead of time, they thought I was from Mars!

So now there’s a New Russian cuisine but not enough disposable income for most people to enjoy it. That’s a shame, because everything at Wine & Crab was awesome – as long as you like crab. I highly recommend ordering both the plain crab and the “prepared” dishes, in order to appreciate both the quality of the products and the skills of the chefs. If the Berezutskiy twins still think that preparing fresh shellfish is that easy, I’m looking forward to the day when they pull their fingers out and cook the ingredients that nobody else makes.

Since, as I said, all the plates contain crab and the menu isn’t very long, I don’t think it would make sense to sketch out the ingredient space here like I did with White Rabbit or LavkaLavka. Yet many of the dishes do offer interesting ingredient pairings. Here they are: