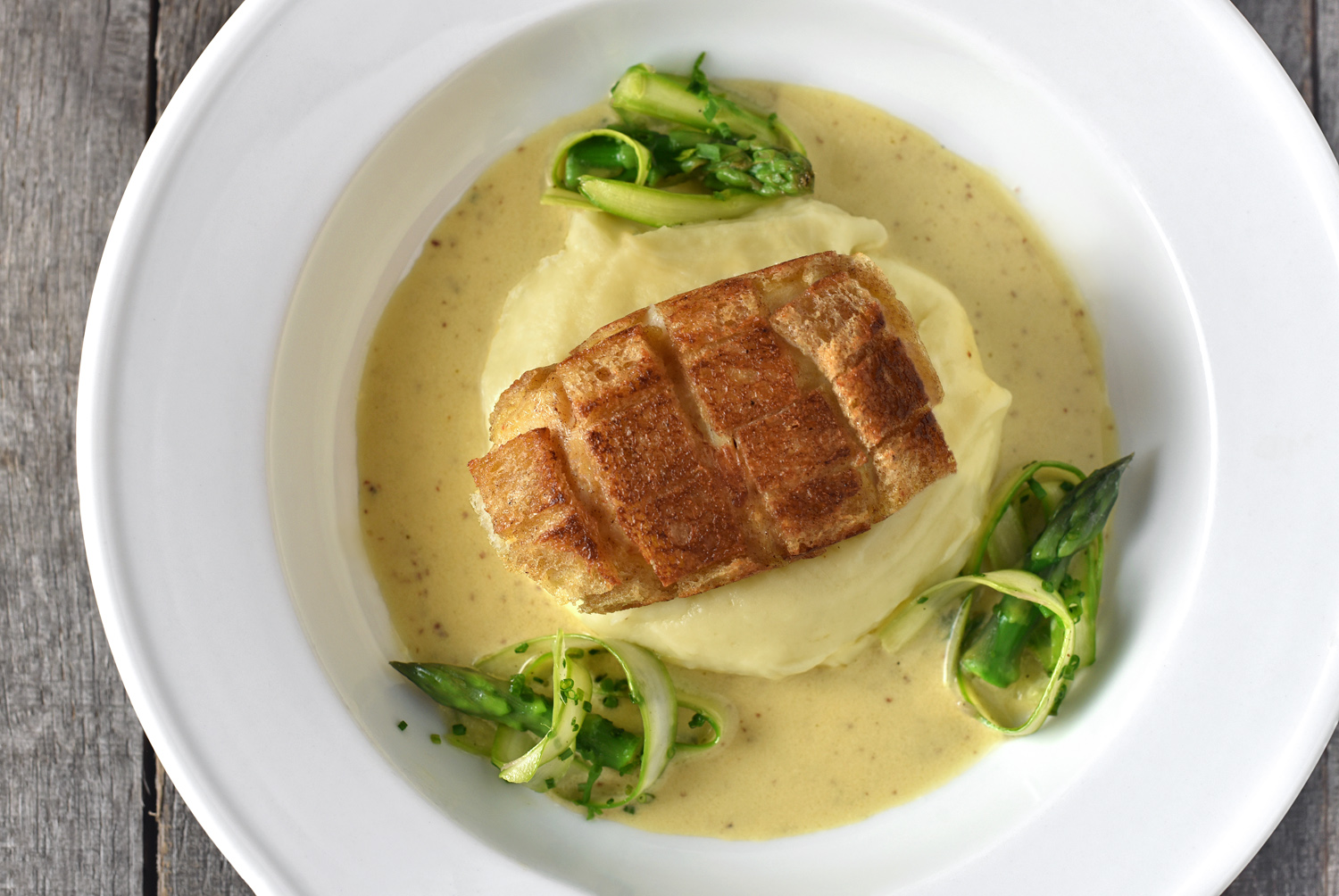 Following my review of Wine & Crab, here’s a recipe inspired by their crab Pozharsky. Traditional Pozharsky cutlets are breaded ground chicken or veal patties (maybe I should publish my own recipe of this traditional Russian dish soon…). The idea here is the same, but the meat is replaced with crab, which results in something closer to a crab cake. Since king crab fishery in the US typically occurs for a few weeks between October and January, the timing feels just right, though of course, king crab can be found frozen pretty much year round.

There are a few challenges in making a crab cutlet / patty, which will be familiar to anyone used to making crab cakes. The crab meat being a cooked protein and not raw ground meat, it doesn’t stick together at all — and yet, a great crab patty should be almost 100% crab. To solve this problem, you generally mix in an egg that will bind the seafood as it cooks, and coat the patty in breadcrumbs to form a harder shell that will let you handle it with some reasonable ease.

Throwing an extra curveball, the Berezutskiy brothers, who hold the reins of Wine & Crab, decided to replace the breadcrumbs with little bread squares. Sure, these look cute, but let me tell you, it’s a total pain in the rear to get these squares to stick to the patties in a pleasing pattern and to brown evenly, and they don’t even add the same kind of structure to the cutlets that breadcrumbs would.

Luckily, I’ve got a trick up my sleeve for just this kind of situation, learned during my time working at David Bouley’s long gone Danube restaurant: a mixture of scallops, egg white, and cream, that works as natural seafood protein glue while also tasting delicious. As for those bread squares, the secret is to leave some of them partially attached to each other, which decreases their chances of falling off and makes positioning much simpler.

With the cutlet now sorted, it’s time to look at the rest of the recipe and its similarities to, and differences from, Wine & Crab’s delivery:

And since this is a recipe inspired by Wine & Crab, I’ll even suggest a wine pairing, once again coming from L’Essentiel de Chartier: a barrel-aged Chardonnay that’s not too oaky.