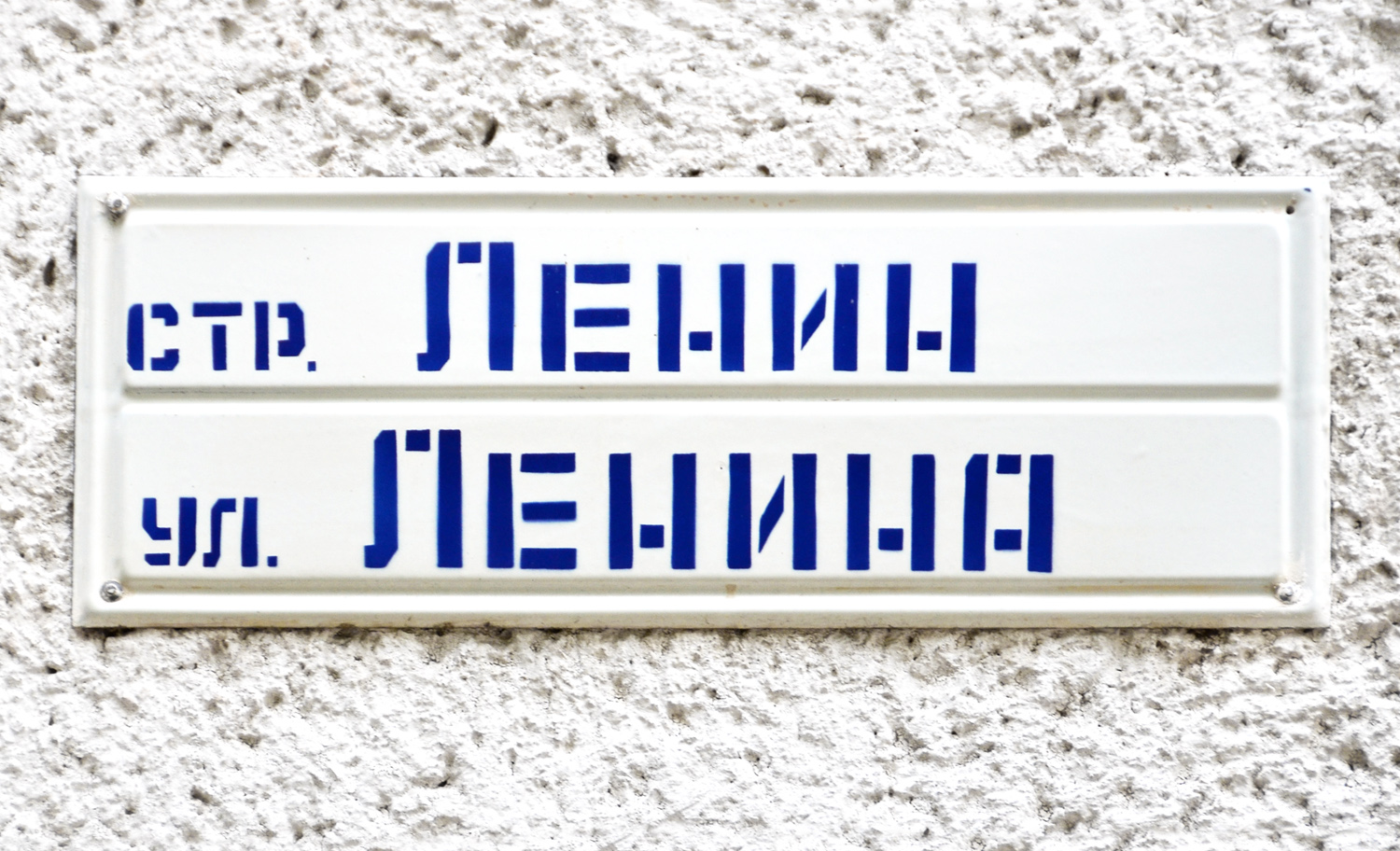 Our mock tourist guide of Transnistria continues! After the history and travel logistics sections, let’s talk about the attractions, the gastronomy, and the souvenirs.

I have to warn you: “pretty” isn’t the first adjective that comes to mind when thinking of Transnistria and its capital city, Tiraspol. And I dare anyone to name a Transnistrian national dish. Don’t expect to find much Soviet memorabilia for sale, either. There aren’t enough tourists for that. So, why visit?

Sights: War Memorial. Located right on October 25th Street, not far from Hotel Aist, a monument commemorates both the War of Afghanistan and the War of Transnistria, with some vaguely homoerotic statues. The whole memorial is a curious mix of genres, an assembly of all the possible elements of a memorial, haphazardly put together. A chapel stands next to Soviet emblems and not far from a Lenin statue. A tank points straight towards a cemetery (it’s also the direction of Chișinău, of course). 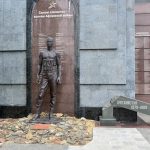 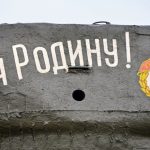 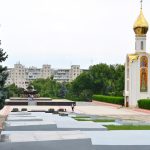 Kirov Park. Derelict Kirov Park and the area around it, replete with run-down playgrounds, unmaintained green spaces, and closed factories, seem less a cause for Soviet nostalgia than a reminder of the failure of the Soviet dream. 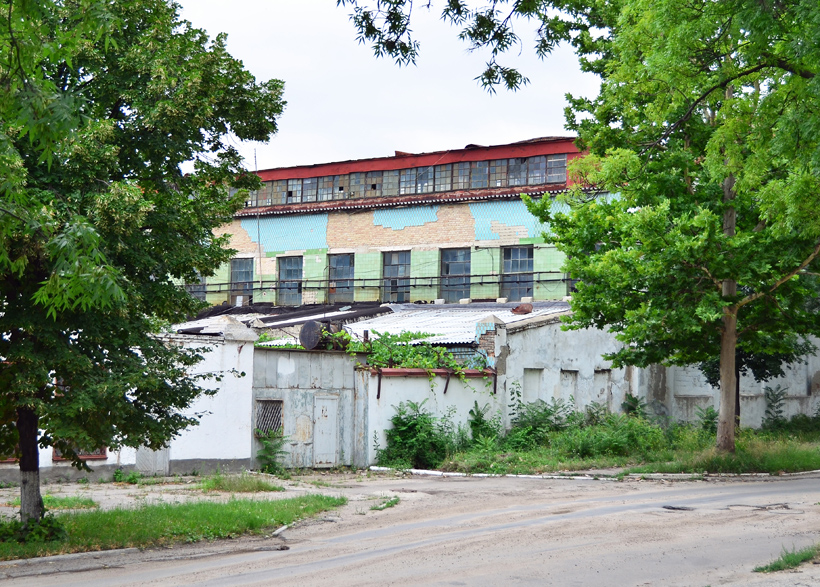 But close your eyes and you can almost see the days when the park had just opened, and pioneers chanted patriotic songs… Life was getting better and the future was bright. Locals didn’t care which republic they lived in, and nobody would ever have thought of demonstrating in front of a municipal building, let alone breaking in by force. There was no unemployment, no economic crisis, no referendum. No banks, no rent, and virtually no bills to pay. No career path to worry about. Life was as carefree as a swing ride. Now the swing’s broken, and the population hasn’t really acquired a taste for Western roller coasters. Will it find solace in Russian mountains? 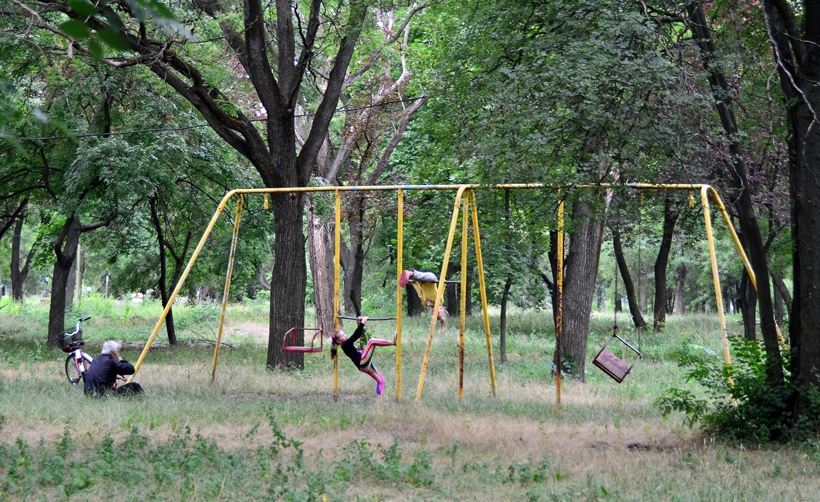 Around Tiraspol. Outside of Tiraspol, Bendery is worth a visit. Since it’s on the western bank of the Dniester, it’s not part of Transnistria proper, but is in the buffer zone established in 1992. Travel guides will tell you about the fortress, and since the whole of Moldova counts only two fortresses, I guess those writers have a point. But more interesting in my opinion is the superb Soviet relief on the facade of the nearby GAZ factory. The text at the bottom reads “my factory is my pride”. 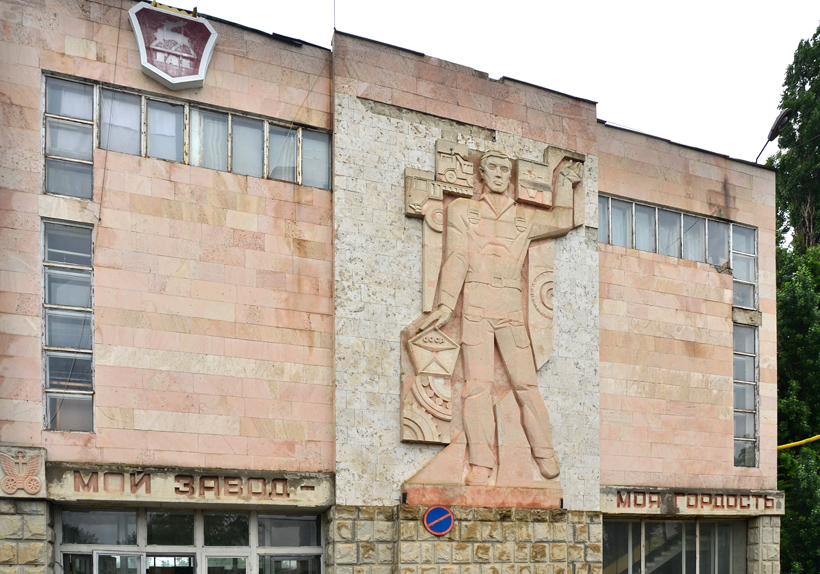 Or the army base located just next door, whose daily exercises can be observed from the fortress wall. 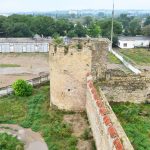 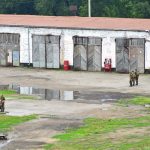 Bendery has its very own memorial park too, with an eternal flame, tank, and flag. Not a lot of visitors, though. 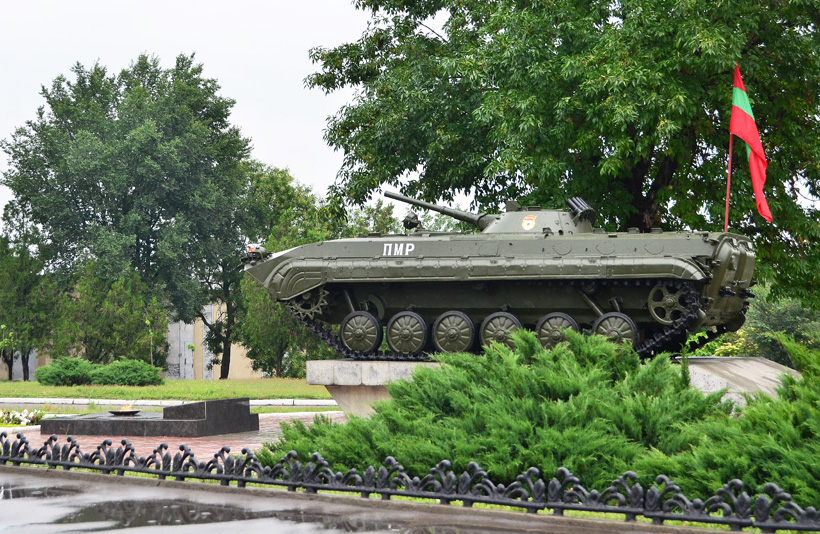 Getting away. Leaving Transnistria isn’t any more difficult than entering. However — probably because we were headed to Ukraine and not into Moldova — the wait was considerably longer (this is a real border checkpoint).

Since there’s no airport, Moldova and Ukraine are your only two exit options. But as a token of Transnistria’s support for its fellow phantom states, Tiraspol is one of the very few places in the world where you’ll find official representation for both Abkhazia and South Ossetia, conveniently located in one building. Apparently the South-Ossetian flag sometimes flies next to the Abkhazian flag that you see below. I wonder: did they close the South-Ossetian representation due to complete lack of activity? I would love to hear stories from the improbable travelers who’ve tried to apply for a visa at this office. 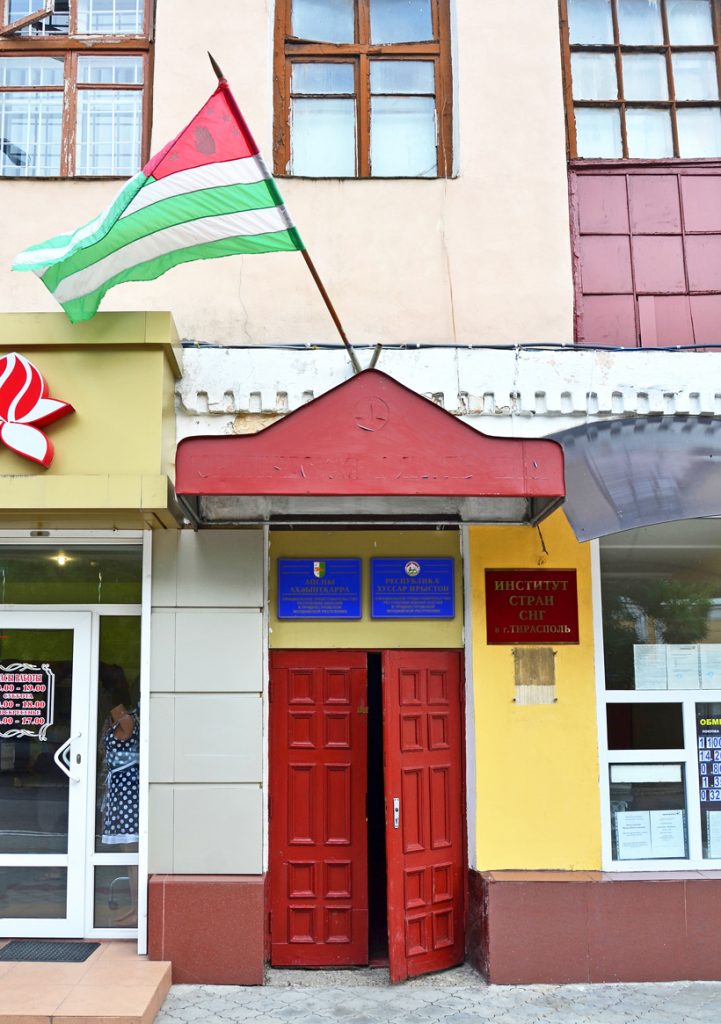 Eating. There is no Transnistrian food that I know of. Not surprisingly, restaurants serve Russian, Ukrainian, or Moldovan fare. We ultimately opted for the odd German restaurant, which wasn’t necessarily a good choice (my potato pancakes with mushroom sauce left few memories). We ate pizza for lunch the next day. There might be some fabulous restaurants in Tiraspol (the mafia has to spend their money somewhere, after all) but we did a rather poor job looking for them, possibly because we recalled how our efforts were rewarded in Gagauzia a few days earlier. In my defense, Lonely Planet doesn’t seem to have found any hidden gems, either. 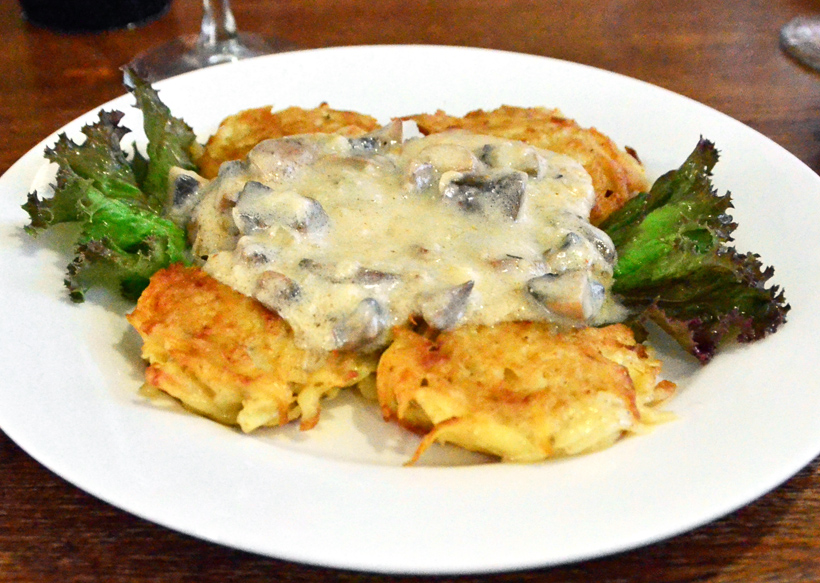 Shopping. Wikipedia has this very amusing phrase to describe the local economy:

Transnistria’s economy is frequently described as dependent on contraband and gunrunning, with some labeling it a mafia state. These allegations are denied by the Transnistrian government, and sometimes downplayed by the officials of Russia and Ukraine.

Maybe as a consequence, souvenir options are limited. For some propaganda, head to the bookstore on Lenin Street, where the cashier still uses a good old Soviet abacus. Hurry up and get a map before Russia makes it completely obsolete with its dreams of Novorossiya! And how can you resist a poster of the ridiculous Transnistrian emblem? 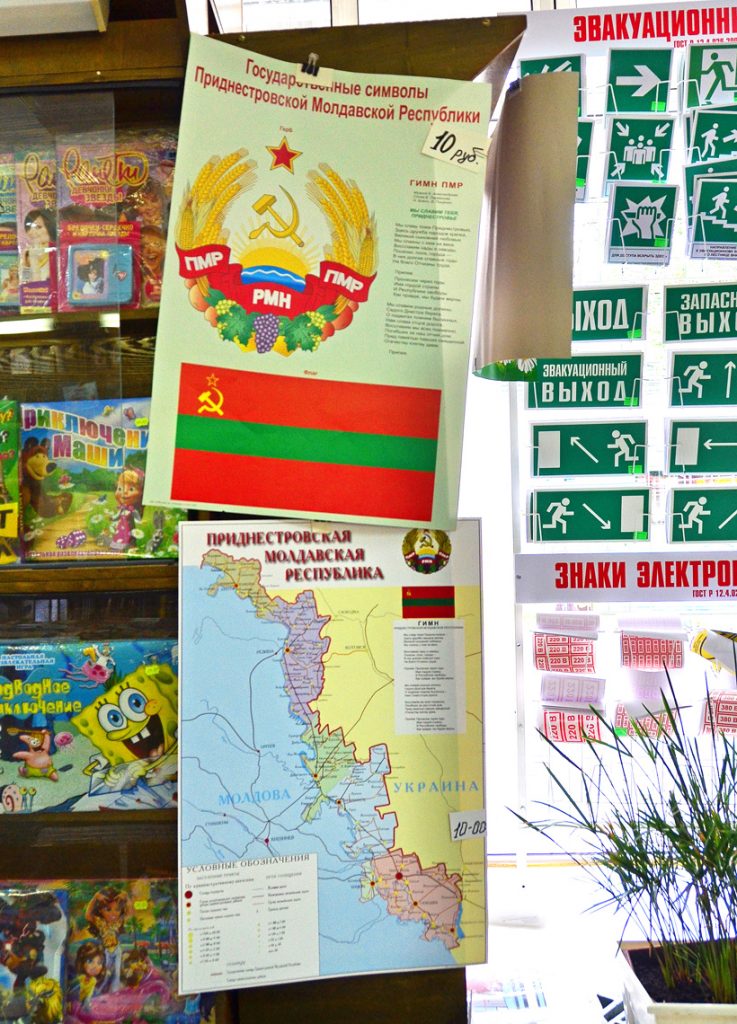 The “cognac” from the Kvint factory is also worth seeking, but that will be a story for another post. For now, entertain your friends back in the West with Soyuz (Union) cigarettes. The hammers and sickles on the packaging make it super-clear what Union we’re talking about. The cigarettes may be made in Russia, but I can’t remember seeing them in Moscow, whereas in Tiraspol they’re widely available. My advice is to really keep them for your “friends” rather than smoke them — they don’t taste nearly as good as they smell. 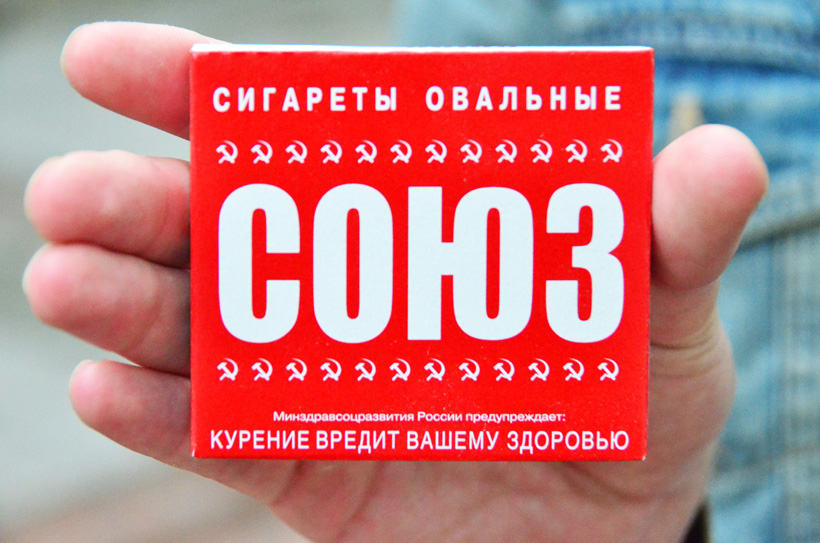 Transnistria is a curiosity. Its altered-reality of Soviet nostalgia, combined with very visible efforts to prove that it’s a real country, are worth a look. One could argue that it is no less interesting to visit than most of Moldova: there’s a winery, a fortress, and a Lenin statue — what more could you ask for? And if we believe the mottos on the billboards, then no matter if the buildings need a fresh coat of paint and your wallet is full of monkey money, it feels good to live in Transnistria.