Seäsonal Restaurant & Weinbar, in Midtown West, is an Austrian restaurant. It is not owned by Kurt Gutenbrunner — an important detail, since New York City counts 10 or fewer Austrian eateries, and the KG-NY Group owns three of the most famous among them.

Seäsonal’s web site provides a good idea of their philosophy, which is more than many places that I’ve reviewed on this blog can claim:

Wolfgang Ban and Eduard Frauneder have perfected their own modern take on Austrian cuisine – one which combines traditional techniques, contemporary innovations, and updates to some of their favorite childhood dishes. 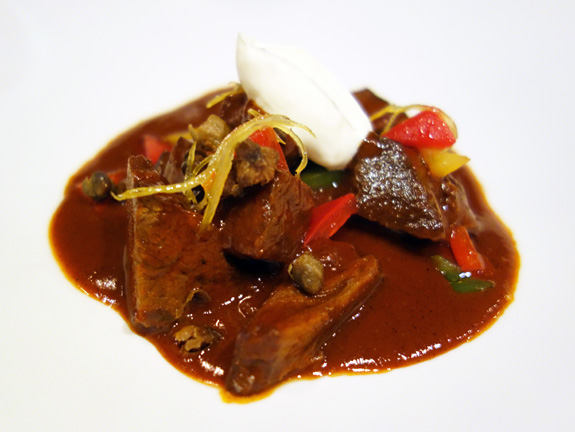 What makes the place Red-Alert-worthy is the goulash, of course. A dish hailing from neighboring Hungary but transformed into something quite different (and closer to a pörkölt) in Austria.

Seäsonal’s kaisergulasch is your quintessential Austrian goulash, made with veal cheeks (not as rich as beef cheeks), red peppers, and an unctuous paprika sauce that’s barely spicy. The fried capers on top add a touch of acidity, and the orange zest brings a hint of bitterness. The meat, cooked sous-vide, melts in your mouth. Perhaps I would have preferred it cooked at an ever so slightly higher temperature. This makes the difference between a yielding versus a flaky texture — a much debated question in “molecular gastronomy” circles, though it has more to do with personal preference. The side of spaetzle, served with cream and chives, was excellent and very light. 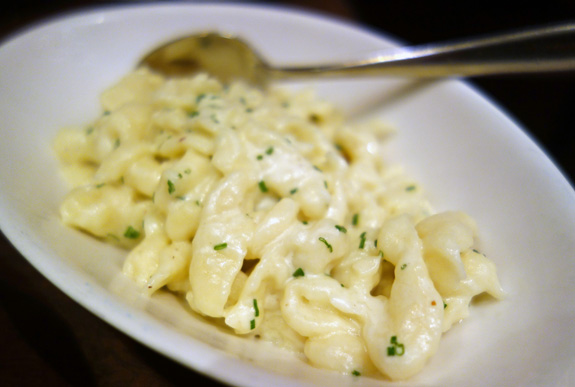 All in all, there isn’t much I would change in this dish. I wish the goulash we used to serve at Danube had been this good, and it was already pretty tasty. And the plating is beautiful; much nicer than the somewhat austere decor of the dining room.

I also tried the black forest cake, which doesn’t qualify for a Red Alert but is a favorite dessert of mine nonetheless. Seäsonal’s interpretation is rather experimental, served in a glass with a delicious, airy hot chocolate sauce on top, and an ice cream on the side that seemed a bit disconnected from the rest of the composition. If the result needed some tweaks, it was still pretty promising. In fact, most of the dishes that our table tried were quite good. 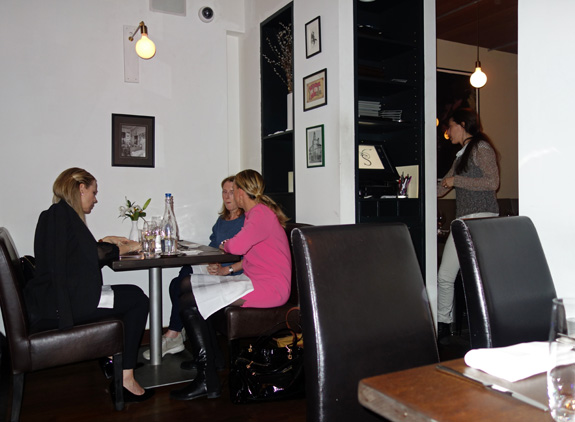