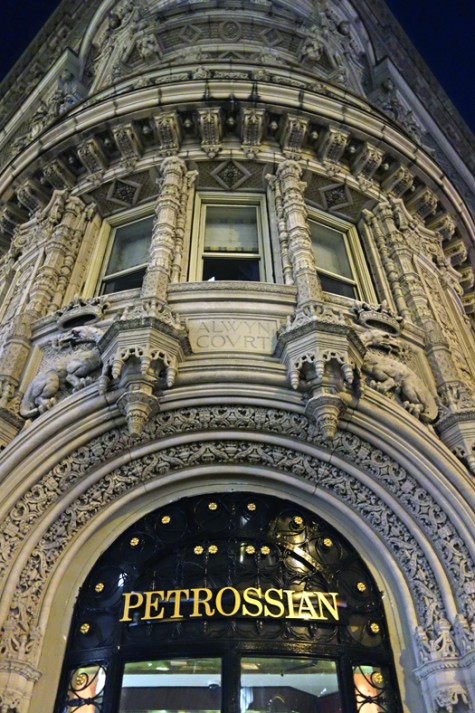 Petrossian, just a block south of Central Park in Midtown, is a strange beast. Contrary to what many people might think, it’s really not a Russian restaurant. It’s an “expensive ingredient” restaurant. And yet there’s a Russian connection. Kind of. Armenian, rather. Sort of.

Time for a short history lesson. In 1920, two brothers, Melkoum and Mouchegh Petrossian, leave Armenia and move to Paris. At this time, caviar is only known in the Russian Empire, so the brothers decide to introduce it to France, and apparently they’re the ones to “thank” for turning sturgeon roe into a luxury product. In 1930, they expand their product line by offering smoked fish, followed by other delicacies. Fast forward to 1984, and the family has founded a restaurant in a pretty corner of New York’s historic Alwyn Court Building. According to this 2013 article, the current menu at Petrossian “is now evolving… to complement caviar in ways which Americans have never experienced”, “specializing in authentic French seafood dining experience”.

French speakers should check out the somewhat amusing video below, in which company president Armen Petrossian recounts the story of the family business. I particularly like how the boss explains that choosing to use the family name as the brand was a highly original choice (never mind Fauchon, Eliseevskiy, Fortnum & Mason, Russ & Daughters, and the gazillion other stores around the world that seem to have done the same, sometimes way before 1920), how preparing caviar is a huuuuuge amount of work (compared to making an omelette, maybe…), and how, in essence, caviar is the new Proustian madeleine (apparently eating caviar at an event makes you remember the event — as long as you go easy on the vodka, I assume).

Back to the menu. All the Michelin darlings are there: caviar of course, but also foie gras, langoustines, lobster, truffles, and other wild mushrooms. There’s a steak and potatoes for the Midwesterner tourists, but otherwise the entrées favor the likes of scallops, Dover sole, and duck.

For this reason, the borcht feels a little out of place, especially since it’s pretty straightforward. I find it quite amusing to have a humble borcht, a worker’s dish, among the caviar and foie gras debauchery on the menu. No, it didn’t come with shaved black truffle. However, it did boast an intense red beet taste. In fact, beet and cabbage seemed to be the only ingredients. This mono-dimensional but excellent soup was served with crème fraîche and two quite small pirozhki. The latter, filled with ground meat mixed with rice, tasted good, although maybe a tiny bit too dry. Each pirozhok (singular) was a bit big to fit in the bowl, but they did go very well with the soup, even if they struggled to avoid being overwhelmed by the beet flavor. 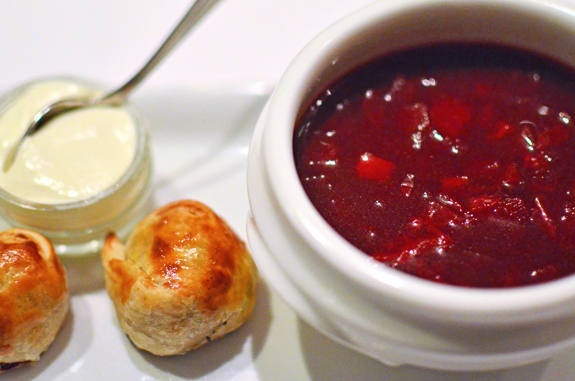 The salmon tasting consisted of five kinds of salmon products, served with toast (if you want cream with that, you’ll have to ask, but your toast will be cold and your salmon reaching room temp by the time you get it ). The plain smoked salmon… sorry, I mean “Premier Smoked” salmon was presented both thinly sliced and in thick cross cuts (“Tsar-Cut”), the Russian way. It was very good and balanced: fatty, smoky, and salty, but not too much. The dill and vodka cured lox was quite nice too, though it didn’t have the sweetness of my vodka-cured recipe, IMHO. The Tsar Black Sea Spiced salmon was, I think, cured with black tea — the herb, not the beverage. This is a good idea, but I found the result slightly dry for some reason. Not my cup of… never mind. Lastly, the salmon roe had a delicate flavor but the large grains had somewhat thick skins. I’m splitting hairs a bit; the whole plate was overall nicely done.

The next dish, steak tartare, is served with optional caviar on top. It takes us slightly further West, to countries like Czech Republic or Poland (of course, it’s also very popular in France, a more likely source of inspiration for the Petrossian House). The caviar was good and the portion generous — that’s the least you can expect from the Petrossians, no? — but there was way too much mustard in the tartare. So much so that I couldn’t taste anything else. I should’ve just scraped off the caviar and eaten it separately on toast. Too bad; I thought the association was promising. And the frisée salad was pretty uninspired. 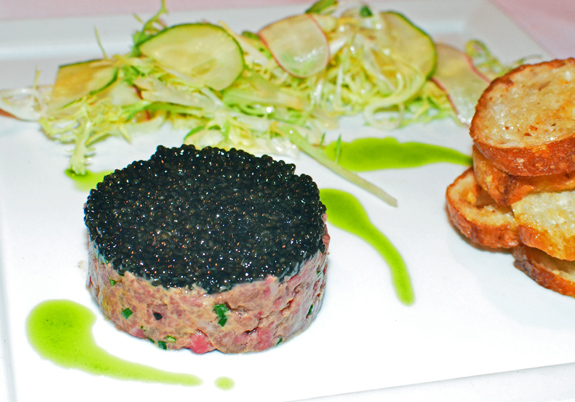 For dessert, I had the fromage blanc mousse with strawberry ice cream and strawberry ginger sauce — three frequently paired Russian flavors. Unfortunately, this dish was not successful. The sauce had so much ginger that it overpowered everything else. Luckily, it was easier to remove than the mustard in the steak tartare! The ice cream was mediocre, lacking the fragrant strawberry flavor you would expect. The fresh strawberries on the plate were also completely bland. The fromage blanc mousse itself was bound with so much gelatin that it was more like a bavarois than a mousse, and it had a very flat, merely sweetish taste. 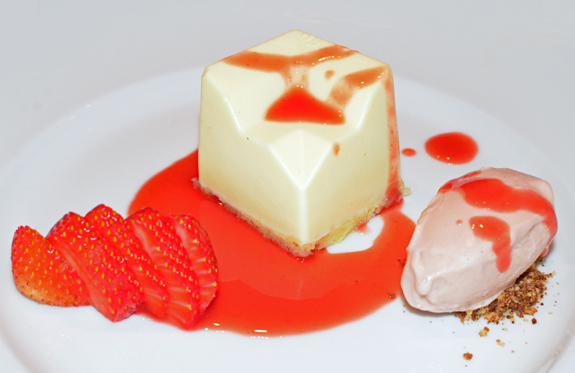 Apart from the good first two dishes, this dinner served as a confirmation, if ever one was needed, that you really have to taste everything you make in your kitchen. The imbalance in half of the courses I had at Petrossian considerably derailed the whole meal. The tartare would probably have been good with less mustard. The dessert had too much going wrong to be salvaged, but less ginger would have helped. A hit-or-miss dinner, really. 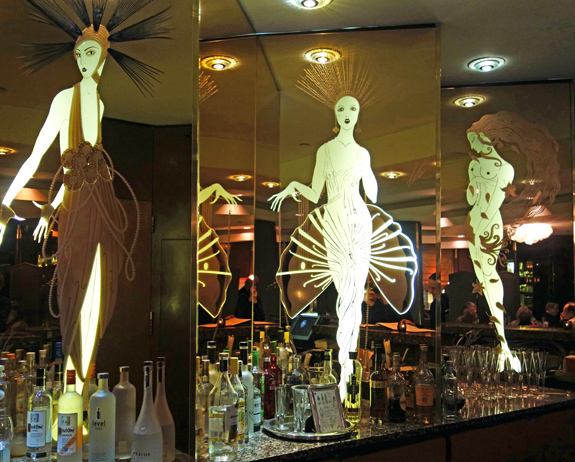 I’ve been wanting to check out the Petrossian in West Hollywood for some time now. I guess if I do make it out there I know what to order.