Last weekend in New York City, the Czech Center held the 15th edition of its annual Czech Street Festival. And unlike certain other street fairs better left unnamed, this one was actually interesting. 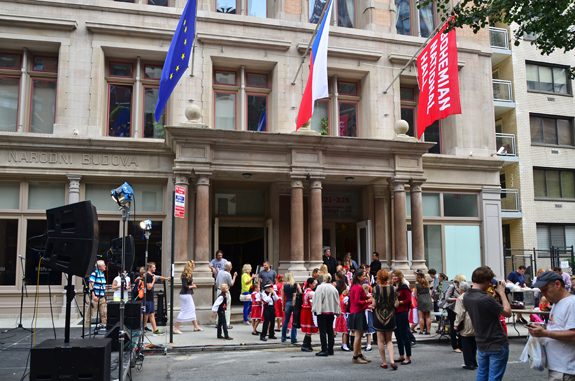 As far as street fairs go, the festival was pretty small — it occupied less than one block on 73rd Street, between 1st and 2nd Avenues. Besides the concert stage and the stalls promoting Czech tourism and Sokol New York, there were two large stands serving food, with generous seating areas. We chose to skip the first one, from Café Prague, because we plan to pay a visit to their Chelsea brick-and-mortar location for a future restaurant review. 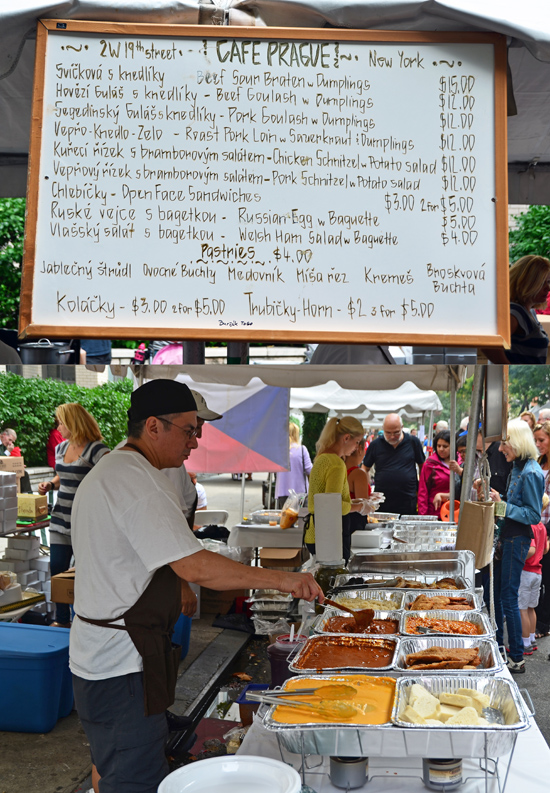 On the other hand, Bratek Deli, which operated the second food stand, is based in New Jersey. Although they’re Polish, they were offering both Czech and Polish dishes at the festival. And at the risk of being hauled over the coals by sausage purists of both countries, I venture to say there isn’t that much of a difference between a Czech klobása and a Polish kiełbasa. Bratek’s version one tasted very good, neither too salty or nor too greasy, with the right smoky flavor. 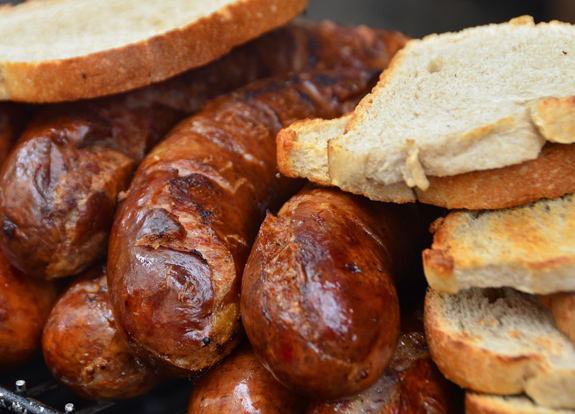 The potato pancakes were good, though a bit too greasy. Same with the “pork butt shoulder”, cooked with onions. The pork shank, most likely boiled and with a hint of paprika, was very tender. 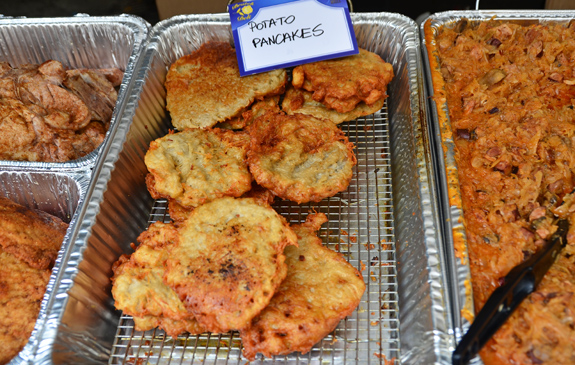 And there was more food: schnitzels, sauerkraut with or without sausage, meat crepes (disappointing), cabbage rolls, and Polish pierogies, to name a few. The cheese and potato pierogies were good, the meat variety less so — they probably had the same filling as the meat crepes. 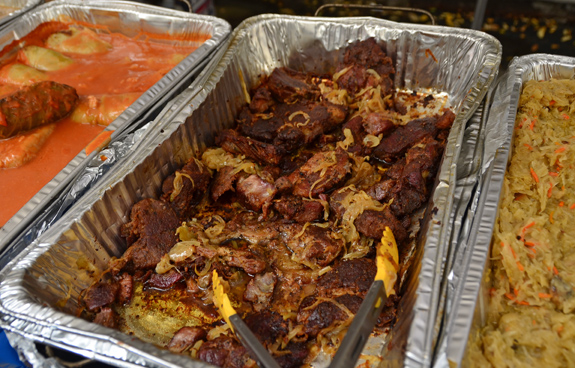 We couldn’t stay very long, but the program mentioned various concerts and a puppet theater throughout the afternoon, with Czech beer and more music inside the Czech Center in the evening. If you’re not familiar with the Czech Center, it’s worth checking out  their upcoming events once in a while. 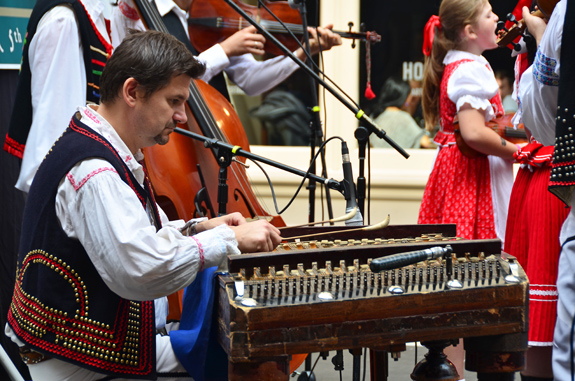 And if you go to Prague, just visit the Sarah Bernhardt Restaurant! They have the best food ever http://sarah-bernhardt.cz/

Hi Ana, thanks for the tip!